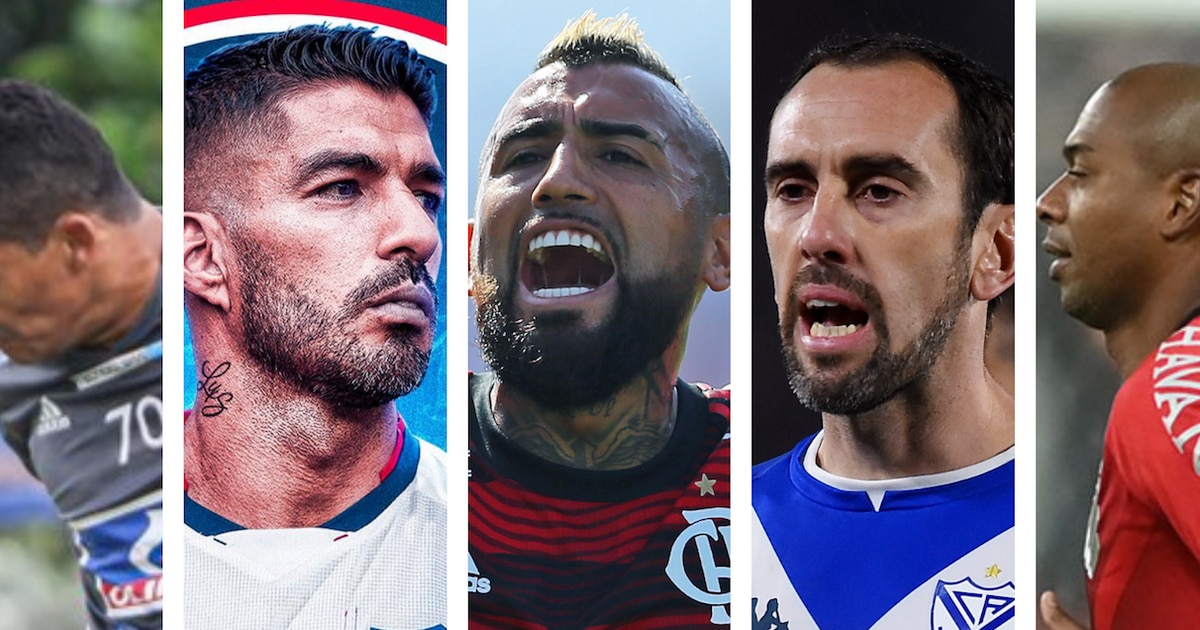 The years do not pass in vain, therefore, several South American soccer figures have decided to cross the pond and return to this side of the world

The years do not pass in vain, therefore, several South American soccer figures have decided to cross the pond and return to this side of the world, after long stays in Europe. While some returned to their old loves, others did it to teams with which they grew fond during their careers in the “Old Continent”.

There is no doubt that continental football takes a leap in quality with these illustrious comebacks. Some will have the possibility of going for the highest title of Conmebol at the club level, the Copa Libertadores, while others will have to look for it next year or, failing that, settle for fighting for the South American.

After 15 years in Europe, defending the jerseys of Bayer Leverkusen, Juventus, Bayern Munich, Barcelona and Inter Milan, he arrived at the “Mengao”, where he already made his debut on Sunday, while his premiere was expected last night at the Maracana. The Chilean midfielder grew fond of “Fla” ​​during his time in the Old Continent, first by Renato Augusto, a former teammate in the “Aspirinas”, and then by Rafinha, with whom he shared in the Munich team. With the “Rubro-Negro” he goes for everything, especially for the Libertadores, where he will face Corinthians in the quarterfinals.

It was 16 years that he was in the Old Continent, first defending Shakhtar Donetsk and then becoming a benchmark for Manchester City, after which he decided to return to his country, in the other great signing of this Brazilian transfer market. The defender / midfielder returned to “Furacao”, where he made his professional debut in 2002 and where he remained until 2005, and was already re-launched with an assist, while last night his team, like Vidal’s, played for the Copa de Brazil. For the quarterfinals of the Libertadores, his squad will meet Estudiantes de La Plata.

From the same generation as Vidal, he left for European football in 2007, where he also spent 15 years, with spells in Groningen, Ajax, Liverpool, Barcelona and Atlético de Madrid. Although the Uruguayan striker had the chance to reach River Plate, the affection of the fans convinced him to return to his first love, the “Bolso”, a club in which he debuted in 2005 and with which he already has an agreement. He rejected the “Millionaire” for being eliminated from the Libertadores, while with his team he will go to the South American, where he will face Atlético Goianiense in the quarterfinals.

After making his debut at Cerro and going through Nacional, he left in 2007 for European football, where he also spent almost 15 years, defending Villarreal, Atlético de Madrid, Inter Milan and Cagliari. After a brief stay marked by an injury at Atlético Mineiro, where he had arrived in January, the Uruguayan defender signed for “Fortín”, which is led by his compatriot Alexander Medina, to pick up the pace for the World Cup. He already has three games in the Liniers team, where he made his debut by eliminating River from the Libertadores, to face Talleres in the quarterfinals.

He took a longer turn to head to the Old Continent, since he debuted in Barranquilla, went to Minervén in Venezuela and then to his current club, from where he left for European football in 2012 to spend a decade defending Bruges, Seville, Milan, Villarreal and Granada. The Colombian striker returns to “Tiburón”, where he was in the lower divisions, so he returns home. He already added the first minutes of him entering from the bench last weekend, in a team that does not have international competition after being left out of the South American.

Loading...
Newer Post
LIV Golf Invitational will debut players in Bedminster
Older Post
NBA: The Warriors do not intend to offer Draymond Green the renewal for the maximum he wants