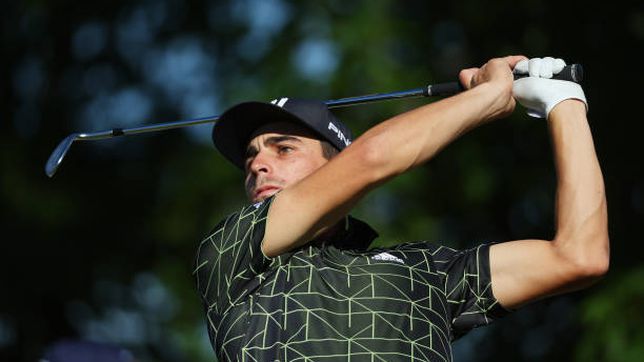 This Thursday, Joaquín Niemann and Mito Pereira will begin their journey at the US Open, the third major of the year to be played at one of the mos

This Thursday, Joaquín Niemann and Mito Pereira will begin their journey at the US Open, the third major of the year to be played at one of the most famous golf courses in the United States: The Country Club in Brookline, Massachusetts. With the status acquired thanks to their performances on the PGA Tour, both Chileans were outstanding in the starting groups of the first rounds. In the organization, they made it clear that Chilean cards are part of the golf elite.

Niemann will have a luxury group on Thursday and Friday. The world number 17 will share starts with Will Zalatoris (14th), runner-up in the PGA Championship, and Cameron Young (31st), who completed the Top 3 in the previous major of the year. Both are 25 years old and are part of the new breed of American golf that has already shown that it is close to achieving a major title.

Mito Pereira (45th), for his part, will play with the Korean Sungjae Im (21st) and the South African Erik Van Rooyen (76th). Im this year accumulates four Top 10 finishes on the PGA Tour (including his T8 at the Augusta Masters), while Van Rooyen does not arrive with the best feelings, given that he missed four of the last five cuts. In the only one he beat, he was 10th (RBC Heritage). His best recent performances are on the DP World Tour (formerly known as the European Tour).

Pereira will debut this Thursday from 1:03 p.m. in Continental Chile. On Friday, meanwhile, Mito and company will begin their round at 07:18 Chilean Continental time and, like ‘Joaco’, on that day they will finish their round on the 9th hole.