The great football league that Carlo Ancelotti was missing 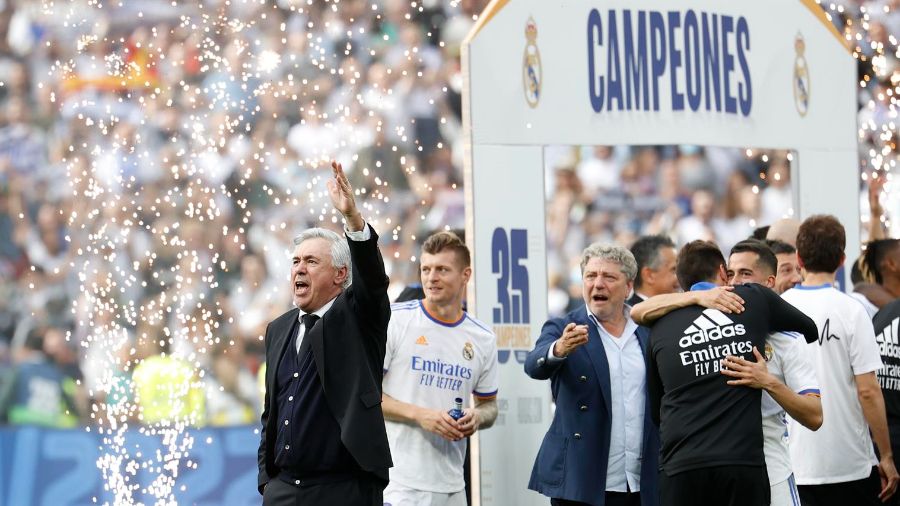 Carlo Ancelotti made history this Saturday, with Real Madrid's victory over Espanyol, by becoming the first coach to win the 5 major

Carlo Ancelotti made history this Saturday, with Real Madrid’s victory over Espanyol, by becoming the first coach to win the 5 major UEFA leagues

Carlo the Italian Ancelotti has made history this Saturday, with the victory of real Madrid against Espanyol, by becoming the first coach to win the five major European Leagues -Italy, England, France, Germany and Spain-, thus completing a track record with 22 titles in the 27 years he has been head coach.

His beginnings date back to 1995, at the helm of a modest Reggiana which he promoted to Serie A in his first season, after which he left for a Parma where in his second campaign (1997) of the three he directed he He was at the gates of his first great success, being runner-up in Serie A; a position that he held in his two seasons (1999-2000 and 2000-2001) at Juventus Turin.

Of course, with the ‘bianconeri’ he won his first trophy by winning the Intertoto in 2000, although his moment of explosion came from 2001 when he took charge of Milan.

His eight seasons resulted in the same number of titles, including two Champions Leagues and the first of the five major leagues, winning Serie A in 2004.

In 2009 he left his country for Chelsea and to collect the rest of the domestic titles. In 2010 the Premier League, in 2013 Ligue 1, in 2017 the Bundesliga and this 2022 a LaLiga Santander that resisted him in his first stage at Real Madrid.

The team started the 2014-2015 campaign in an unbeatable way. 22 wins in 22 games to set the record in Spain and stay four short of the best record achieved by Ajax Amsterdam in the 1971-1972 season. With the Club World Cup title under their arms, the team fell in the final and decisive stretch.

Real Madrid took four points from a Barcelona that seemed in crisis due to the bad relationship between Luis Enrique and Leo Messi and seven from Atlético de Madrid, but this advantage vanished in a campaign that ended with a triplet for Barça and meant the Ancelotti’s departure.

The main reason for the team’s decline was the lack of rotations that caused fatigue and injuries to the players; a ghost that flew over the Madrid environment in the middle of the season when Ancelotti repeated that year’s minutes plan, but that has remained a dead letter after winning the title with enormous solvency over the rest.

And it is that his Real Madrid has only dropped from the first place in one day, in the second in which he was third after drawing 3-3 at Levante. Since then he has led LaLiga Santander with which Ancelotti completed a perfect circle that no one else has achieved.

In addition, the Italian has with the white team the third best percentage of victories in the League, only behind José Mourinho and Pep Guardiola, with 76.3%. Ancelotti, for his part, has a 74.54% win rate with 81 games won out of 110; the rest, 14 draws and 14 losses.

An enviable record to which he also adds another record, this one shared, being, along with Zidane and Paisley, the only coaches with three ‘Champions’ in his record; and I still live in the semifinals to fight for what could be his fourth.