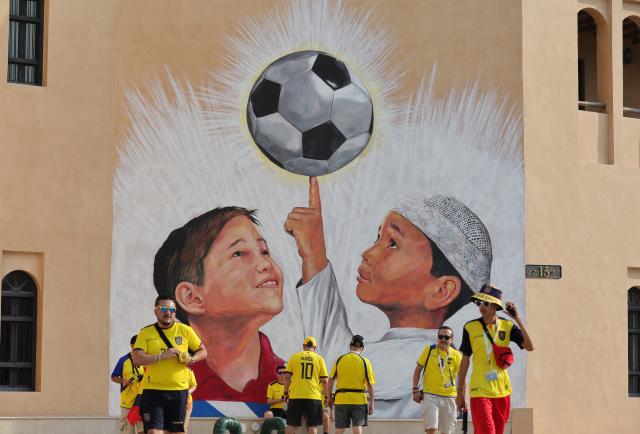 The world is paralyzed after a ball with the start of the maximum appointment of Qatar 2022, the contest that brings together the 32 selections who made the merits to play the final phase of the most important football competition on the planet and where they will fight for the trophy that will convert them for next four years in the kings of the world.

As every great event has its beginning, the Ecuadorian team, which mixes the experience of elements such as Alexander Dominguez, Carlos Gruezo and Enner Valencia, with the youth of Piero Hincapié, Moisés Caicedo and Gonzalo Plata, will be the first great entertainer of the tournament along with the hostess Qatar, in what will be the inaugural duel, where the Tricolor He will seek to give the historic blow of beating the homeowners.

But what is coming is a maelstrom of electrifying matches between teams that want to build a path to raise the longed for World Cup.

In this event there are teams that are listed as favorites to establish themselves as world monarchs. In this group, teams such as Argentina, with Lionel Messi at the head, who will seek to lead the Albiceleste to the highest place on the football planet; Brazil, the five-time world champion, led by an ambitious neymar and certainly the reigning champion France, what do you have in Kilyan Mbappe to its maximum figure with the aspiration of retaining the scepter.

There are also teams whose football rests on brilliant characters like Portugal with Cristiano Ronaldo, either Germany who arrives at this new world with the experience and quality of Thomas muller.

In addition to Ecuador, Argentina and Brazil, South America has another representative at the appointment, as is Uruguay, in what could be the last tournament of its kind with Luis Suarez.

This is how the wait is over and all the teams, with those they consider their best squads in hand, and their coaches with ready strategies, will jump onto the field under the gaze of millions of people who will want to know the December 18 th to the team that is crowned world champion.