The greatness of football is being unpredictable, by Josep Maria Minguella 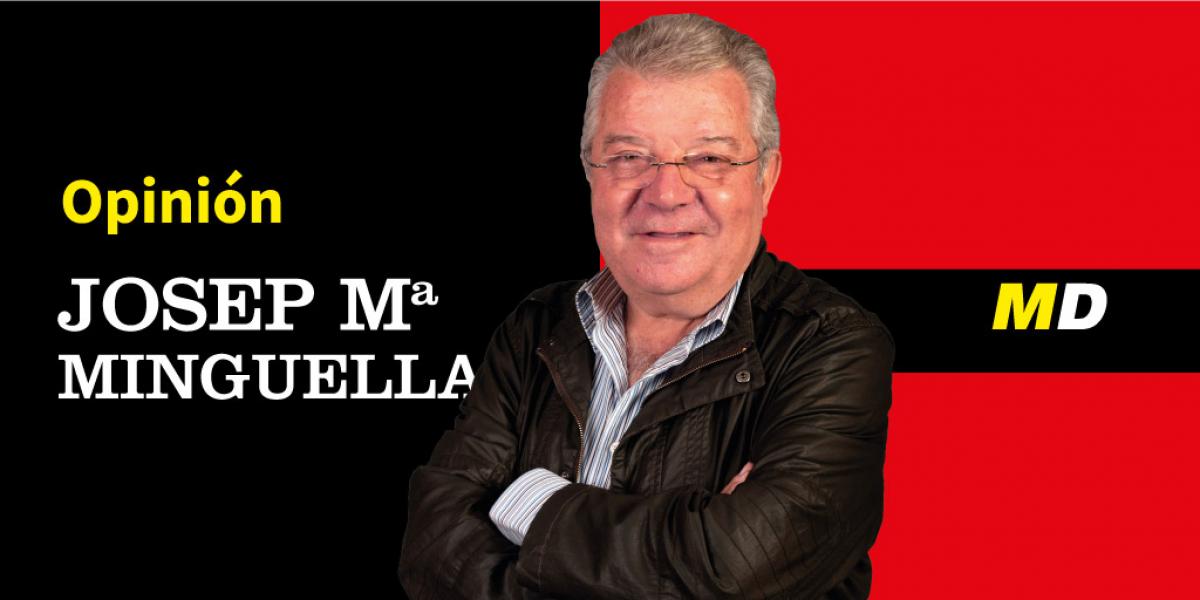 It seemed that we could let go and it turns out that another variant comes from Africa. Information, doubts, what has already been experienced. Friends, a lot of caution, a mask without fail and luck. The one that we find missing on our beloved island, that every time I see the images I almost start to cry. Uncontrollable.

How uncontrollable this football often is. I have been an official coach with the title for many years and this exciting sport of ours never ceases to amaze me. Today’s technicians work with great technology, with expert assistants and analyze the smallest detail. Then football has become global, exciting and super popular precisely because of the variant that cannot be controlled. The one that is not in the analysis, nor in the previous images. I hear commentators who bet on the three defenders, on the lanes, on the inside game, on coming from behind, in short, tireless. Then comes the Espanyol game and Barça plays well, goes ahead, Dimata misses an incredible ball and they throw two balls at the post. Barça victory. Perfect.

The Portuguese from Benfica arrive, yours mine, yours mine, the dominant Barça does not score and in the last minute Seferovic, without a goalkeeper in front of the goal, throws it out.

On Saturday in Vila-real Barça could be 0-2 or more in the first 20 minutes. Posts, some mistake and the marker does not move. When the game is equalized there are occasions to one side and another nothing happens. The second half starts, ball to the area, Memphis does not arrive well and De Jong scores. Perfect. From there they begin to dominate the premises. They overwhelm the sides and the center, and finally equal the score and we fear the worst. With ten minutes to go, the narrator of the Cope asks me if I sign the tie. Faced with the local overwhelm I give in and say yes, live. It seemed that it was to fall 2-1. Already with the time fulfilled Ter Stegen does a genius kicking a ball at eighty meters, something unusual now that he always comes out from behind playing. The opposing defender misses the mark and Memphis scores and turns the score face up. None of this was in the preview, in the analysis and in the comments. In even Coutinho dribbles, they penalize him and score a goal. Unusual.

It ends, I plug in the extension of Palmeiras-Flamengo, final of the Copa Libertadores, jumps onto the field in extra time, with little left, Deyverson, substitute last year at Alavés, long ball, defender Pereira fails and the substitute striker scores and decides the final with great uproar from those from Sao Paulo and Flamengo, incredulous, they can no longer react.

I think that in this detail of these two games mentioned is one of the greatness of football, it is totally unpredictable and this makes us stay with the woe until the last second, and there is the hook. That is why soccer is the most popular.

The second round begins in senior football
Cheered: a former River retired from professional football
‘Good Morning Soccer’ | The puncture of Madrid and the uncertainty with De Jong
FOOTBALL 1138

Loading...
Newer Post
Frank Williams, a pioneer of Formula 1, passes away
Older Post
Kings 101-128 Grizzlies | NBA: Santi Aldama spreads his wings of 2.18 and leaves his mark on the Grizzlies based on pops