The Grizzlies secure their participation in the NBA playoffs 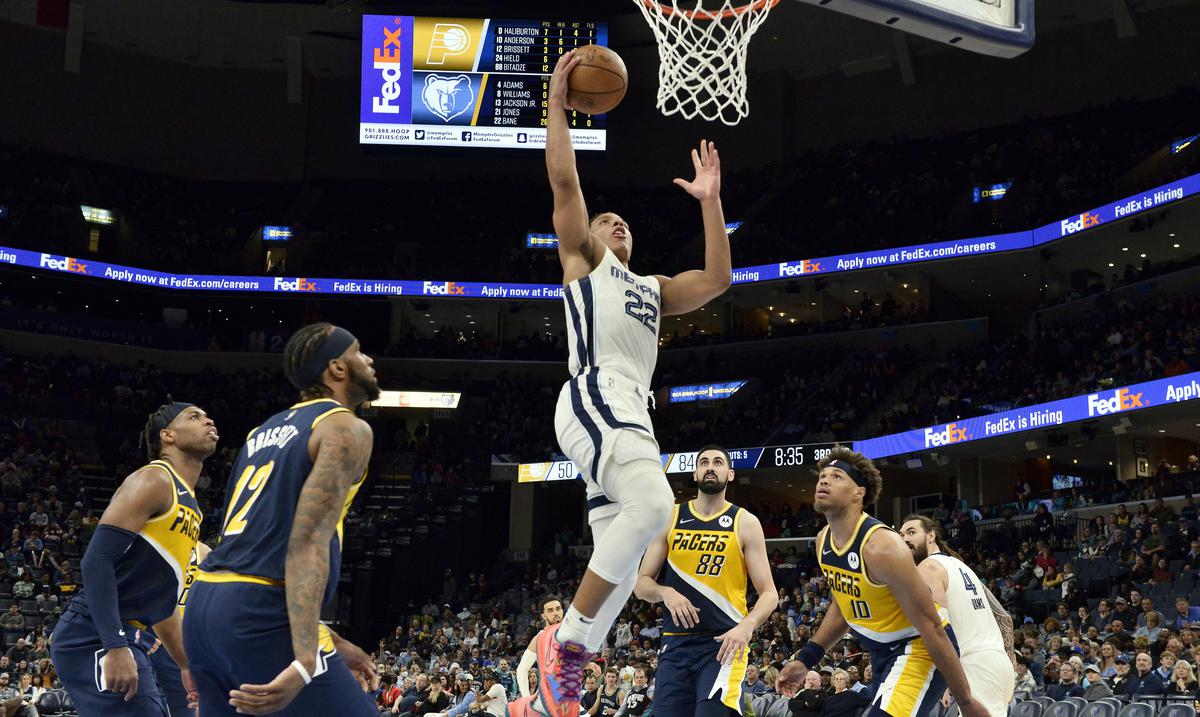 Memphis – Desmond Bane scored 30 points on 12-of-15 shooting from the field and the Memphis Grizzlies built a comfortable lead from the start to rout the Indiana Pacers 133-103 on Thursday to confirm their spot in the postseason.

Jaren Jackson Jr. finished with 20 points on 7-for-13 shooting and the Grizzlies shot 54% at the rim.

De’Anthony Melton added 19 points and John Konchar tied a career high with 18. Bane was 5-for-7 from outside the arc and Memphis had a season-high 21 3-pointers.

“They just walked in,” Bane said of the gunshots. “I hit the first couple and then found some spaces to make easy shots. So I kept shooting.”

Before the game, Grizzlies coach Taylor Jenkins announced that the team’s leading scorer Ja Morant would sit out two weeks with a knee injury. Morant had missed the previous two games after suffering a sprain Friday in Memphis’ loss at Atlanta.

Jenkins noted that what was a small rotation has expanded to include other players.

“With the unfortunate loss of a couple of guys, it opens up some of these opportunities,” the coach said. “Despite everything, the players have followed a good path and have been ready”.

The Grizzlies were incisive without their star player, as they were in Wednesday’s 132-120 win over the Brooklyn Nets, and became the second team to secure a playoff spot.

Because Memphis led the fourth quarter 107-71, the Grizzlies opted for their backups to end the game.

Tags: Playoffs, NBA, Memphis Grizzlies
NBA rumors: Teams with options to sign Zach Lavine
NBA PlayOffs 2022: Did Jordan Poole Injure JA Morant on Purpose?
NBA: The best tripler is a pvot of 2.11 and the highest scorer in the zone, a base of 1.91
NBA 2915