The growth of American soccer is a reality 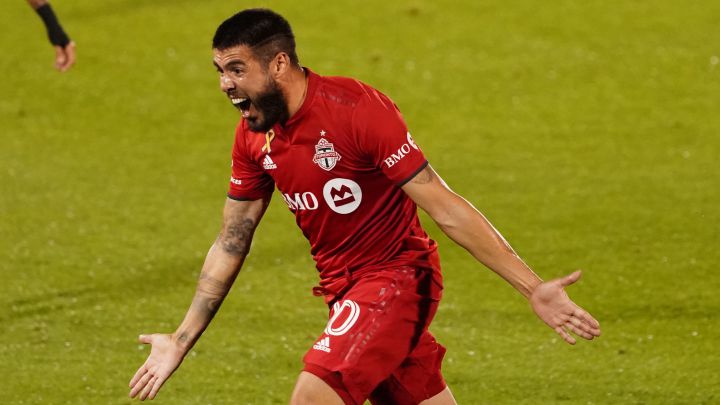 Pulisiç, Dest or Reyna are some of the names of the American players who play in big European teams today. The growth of

The growth of American soccer is a reality

Pulisiç, Dest or Reyna are some of the names of the American players who play in big European teams today. The growth of american football has been a constant in recent years and is already one of the most followed sports in the US

Soccer is the thorn in the side of the US.

Efforts to grow soccer in North America and especially in the United States are succeeding. In a part of the world where the “king sport” is known as football and other disciplines such as basketball, American football or hockey are more followed, in recent years there has been an expansion at all levels of traditional football in the American giant.

The MLS, the great American soccer league continues to grow. In 2020 it has reached 28 teams in the competition and continues to grow both in value, getting closer to the 1,000 million, as in audience, being followed by 31% of the US population. The stadiums are at the forefront, in the 2018 final a record 73,000 attendees were reached.

The soccer American It continues to attract the attention of great European football stars who are not so old anymore and dare to try their luck there. Gonzalo Higuain and Blaise Matuidi, both brand new signings of the new Inter Miami CF, are among the latest great additions to a league that, in turn, captures the attention of all of Central America and is a springboard for some soccer players from countries like Mexico.

Alejandro Pozuelo celebrating a goal.
Image of AS.

Some 30 years ago, the greatest economic and political power on the planet experienced a footballing awakening. In 1990, the country played a World Cup for the first time since 1950 and in 1994 they repeated the experience as organizers of the tournament.. Between both milestones, the national team players who played outside the country went from being four in the first match to almost 90% of the squad in the second.

Spain is one of the main exporting countries of soccer players

At the same time that the arrival of American soccer players in LaLiga was normalizing, with the start of the new century it was also They began to see Spaniards in the MLSthe US professional league Now there are ten and the Spanish has become the third most common European nationality in the history of American soccer, after the English and the French. Aitor Karanka and Albert Celades were some of the pioneers, although the ones that have given the best performance are two former FC Barcelona players: David Villa and Oriol Rosell.

The latter became the first Spaniard to lift a 2013 MLS title with Sporting Kansas City. After leaving the Barça team behind, where he was unable to move up to a first team then coached by Guardiola, this midfielder sometimes converted to a central defender has developed most of his career in the United States, after a brief stint in Portugal. For the Asturian, for his part, the three years he played with New York City (from 2015 to 2018) were enough to place as the top European goalscorer in American socceronly behind Robbie Keane.

Salaries are much higher than in Europe

Like every year, the MLSPA (Major League Soccer Players Association) made public the salaries of all the players that make up the MLS, including nine Spaniards. For the third year in a row, Alejandro Pozuelo appears among the best paid thanks to $4,693,000 received annually for wearing the Toronto FC jersey. The Spaniard maintains his salary from last season, which is $893,000 higher than what he received in 2019, the season in which he landed in North America from Belgian Genk. Pozuelo is the fourth highest paid player in the competition after Carlos Vela (Los Angeles FC, $6.3M), Chicharito Hernández (LA Galaxy, $6M) and Gonzalo Higuaín (Inter Miami, $5.7M).

Tags: Soccer, MLS, increase
Bombazo: The MLS keeps a young promise of Mexican football
United States soccer got a home in the Bundesliga
Gareth Bale will continue his career in MLS soccer
FOOTBALL 3781