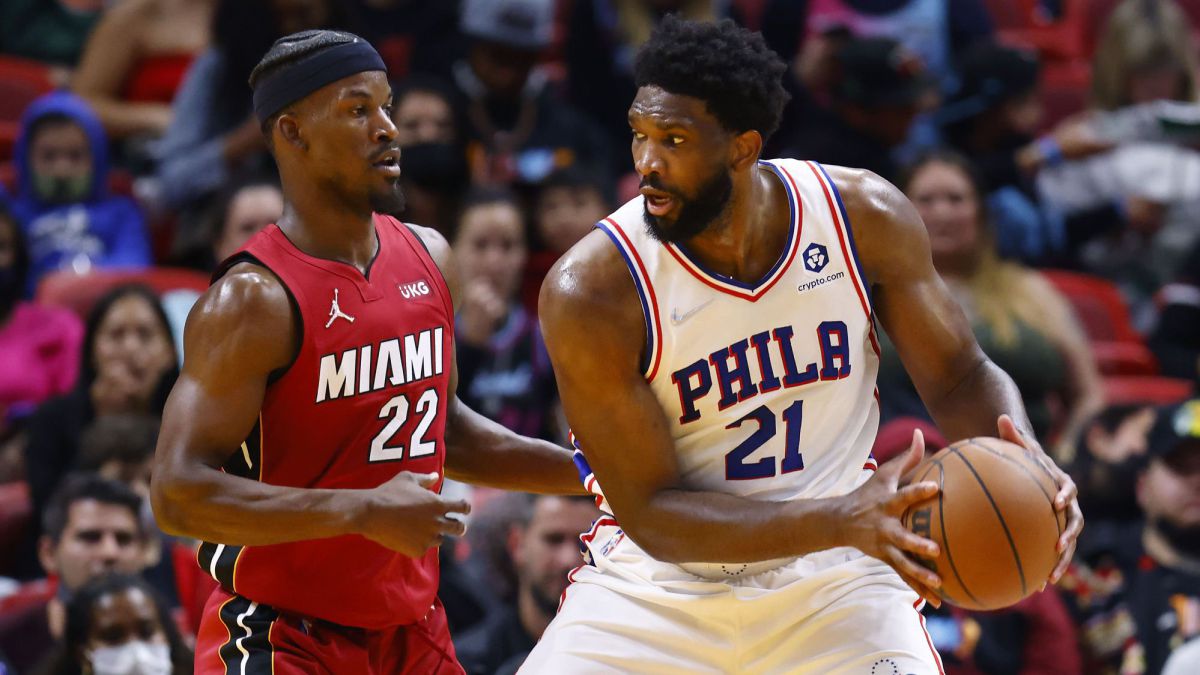 New NBA day and new interesting games. In a summit meeting in the Eastern Conference, Joel Embiid and the Sixers won against the Heat and in Flori

New NBA day and new interesting games. In a summit meeting in the Eastern Conference, Joel Embiid and the Sixers won against the Heat and in Florida. The Bucks return to their old ways after beating the Warriors and fall to the Raptors in Milwaukee. The Nets win, the Clippers continue with their particular fall to hell and the Lakers do not raise their heads and add one of the toughest defeats of the season. All this and much more in a day in which players continue to recover that have entered into the health and safety protocols related to the coronavirus and in which the teams look askance at February 10, the deadline for the transfer market. Below is the summary of the day:

Pascal Siakam responded forcefully, achieving a triple-double against the MVP of the last Finals, Giannis Antetokounmpo, and led the victory of the Toronto Raptors (96-103) against the Bucks in Milwaukee. Siakam scored 30 points, shooting 20-for-11 from the field, going perfect on three 3-point attempts, to which he added 10 rebounds and dished out 6 assists. OG Anunoby was the second sword of the Raptors, adding 24 points and 8 rebounds for the Canadian team. Giannis once again showed the strength of his game on the court, scoring 30 points, which he decorated with 6 rebounds and 4 assists. The Greek star scored all 17 shots he made in the match. Khris Middleton finished with 16 points in a game where he was only 3-of-12 from the field.

Anfernee Simons took a step forward before the loss of star Damian Lillard, who is recovering from an abdominal operation, and this Saturday he scored 30 points, for the Portland Trail Blazers to win their visit to the Washington Wizards. Anfernee, who shot 11-for-21 from the field, made 50% of his attempts from 3-point range, using it as his main offensive weapon, finishing with 7-for-14 shooting while engaging his teammates on offense, giving 11 passes for annotation. Jusuf Nurkic finished with a double-double of 23 points and 14 rebounds to complement Portland’s attack.. Spencer Dinwiddie, with 27 points, was the main man on the court for the Washington team.

RJ Barrett and Julius Randle were the key for the New York Knicks to go out the front door against the Hawks. Barrett scored 26 points in 40 minutes of action, to lead the offensive attack that also had the support of Randle (24 points). Trae Young took charge of Atlanta’s offense, but his 29 points and 5 assists weren’t enough to give his team the victory.

James Harden took on the responsibility of guiding the Brooklyn Nets, in a game in which Kevin Durant had to leave the game, due to a sprained left knee. Harden had 27 points and 15 assists to be the key factor in the Nets’ 120-105 win over the New Orleans Pelicans. Durant was on the floor for 12 minutes, scoring 12 points, before being forced to leave the game. Brandon Ingram, with 22 points and 8 assists, was the most outstanding player for the Pelicans.

Joel Embiid put the best of his game on stage and the Sixers ran over the Heat in Miami and their star Jimmy Butler, who had a tough game from a scoring standpoint. Embiid scored 32 points and grabbed 12 rebounds, which he reinforced with three assists and a block, to dominate the Miami team at will, while leading the Sixers to victory. Butler, who is called to be the leader of this group, showed a good role in the distribution of the game, handing out 9 assists, but his 8 points (1-11 from the field), were well below what is expected of him, against a rival of this type…lñ

In a match in which they had to come from behind, Darius Garland showed the best of his game by scoring 27 points and dishing out 18 assists, to define the victory of the Cavaliers over the Thunder, one of the worst teams in the competition. Garland, who was the engine that moved the Cavaliers, was supported by Evan Mobley, who finished with 20 points. In addition, Kevin Love was the leader of the second unit and went to 13 points.

Jayson Tatum posted a double-double of 23 points and 11 rebounds as the Celtis beat the Bulls struggling to stay atop the NBA Eastern Conference. Tatum was accompanied in the attack by Jaylen Brown, who contributed 19 points, with 7 rebounds. and by the Dominican Al Horford, who had his best game in recent weeks, adding 15 points and 8 rebounds. DeMar DeRozan continues in a productive season and this Saturday he finished with 23 points, 8 rebounds and 7 assists, leading the Bulls, who did not have Zach LaVine, out due to pain in his knee. A foul by Nikola Vucevic on Robert Williams in the fight for a rebound caused the center, who had already tied the game from the personal, had two free throws that he did not miss. In the final play, the Bulls could not win the duel or force the extra time and the victory went to the locals.

The Thunder had Shai Gilgeous-Alexander as their best man in the game with 21 points, 7 rebounds and 4 assists. Derrick White and Dejounte Murray led the attack for the San Antonio Spurs, who beat the Clippers 101-94. White scored 19 points off the bench and Murray added 18 to be the face of a San Antonio team that has weathered a tough season. The Clippers, another team with considerable casualties and may not see Paul George or Kawhi Leonard all season, bet on the leadership of Amir Coffey, who left with 20 points in the game.

The Lakers are shipwrecked in Colorado and hit rock bottom. Check the chronicle here.

Luka Doncic’s Mavericks are in a great moment. Check the chronicle here.