The highest paid players in the NBA 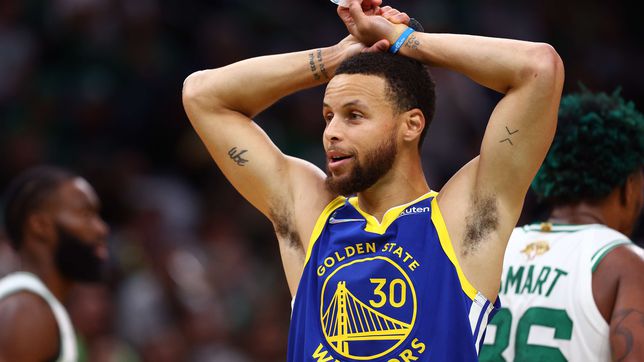 The highest paid players in the NBA

The 2022-23 NBA season will start until October 19, 2022, but most players’ salaries are already set. Three of the four California teams — the Golden State Warriors, the Los Angeles Lakers and the Los Angeles Clippers — have six of the highest-paid players in the upcoming NBA season.

Here are the 10 highest-paid players for the upcoming NBA season.

The MVP of the last NBA Finals will be the highest paid player with a salary of 48.07 million dollars. Not counting next season’s income, ‘Chef Curry’ has a cumulative profit of $254.736 million thanks to his NBA contracts.

Though his value has dwindled in recent seasons, the all-time triple-double leader will get $47.6 million to play the final year of his contract with the Lakers.

James, an 18-time All-Star, will be a free agent at the end of next season, but for now, he’ll have a $44.47 million impact on the Lakers’ salary cap. When he completes his contract in Los Angeles, the boy from Akron, Ohio will have earned $431.85 million through the Cleveland Cavaliers, Miami Heat and Lakers.

Regardless of whether he joins the Phoenix Suns, Miami Heat, Minnesota Timberwolves or stays with the Brooklyn Nets, Kevin Durant will earn a salary of $44.11 million.

YOU MAY BE INTERESTED: Kyrie would stay in Brooklyn regardless of Durant’s fate

Extending his contract with the Washington Wizards made Bradley Beal one of the highest-paid basketball players in the NBA. The shooting guard will receive a $43.27 million salary in 2022-23 for staying with the franchise that drafted him with the third overall pick in the 2012 Draft.

PG13 signed with the Clippers as a free agent in 2021-22 and he and the franchise agreed to a four-year, $176.2 million deal. Of that contract, the four-time All-Defensive forward will receive $42.49 next season.

Both Antetokounmpo, Leonard and Lillard will receive 42.49 million dollars in the next NBA season. The contract of the three players consists of 35% of the salary cap of each of their teams.

Curry’s ‘Splash Brother’ will be paid $40.6 million. Thompson has two years remaining on the contract he signed in July 2019, a few months after tearing ligaments in his knee during that year’s NBA Finals.

The Lakers want an old NBA glory: Goran Dragic
Atlanta Hawks – Charlotte Hornets live
NBA 2022: Kyrie Irving plans to leave the Nets and Durant for the Knicks, Clippers or a reunion with LeBron at the Lakers
NBA 3200

Loading...
Newer Post
A boxer knocked out the criminal who tried to steal his cell phone: “It was scattered on the ground”
Older Post
Golf today: Nicols Echavarra prepares to face the final part of the season and get his PGA Tour card