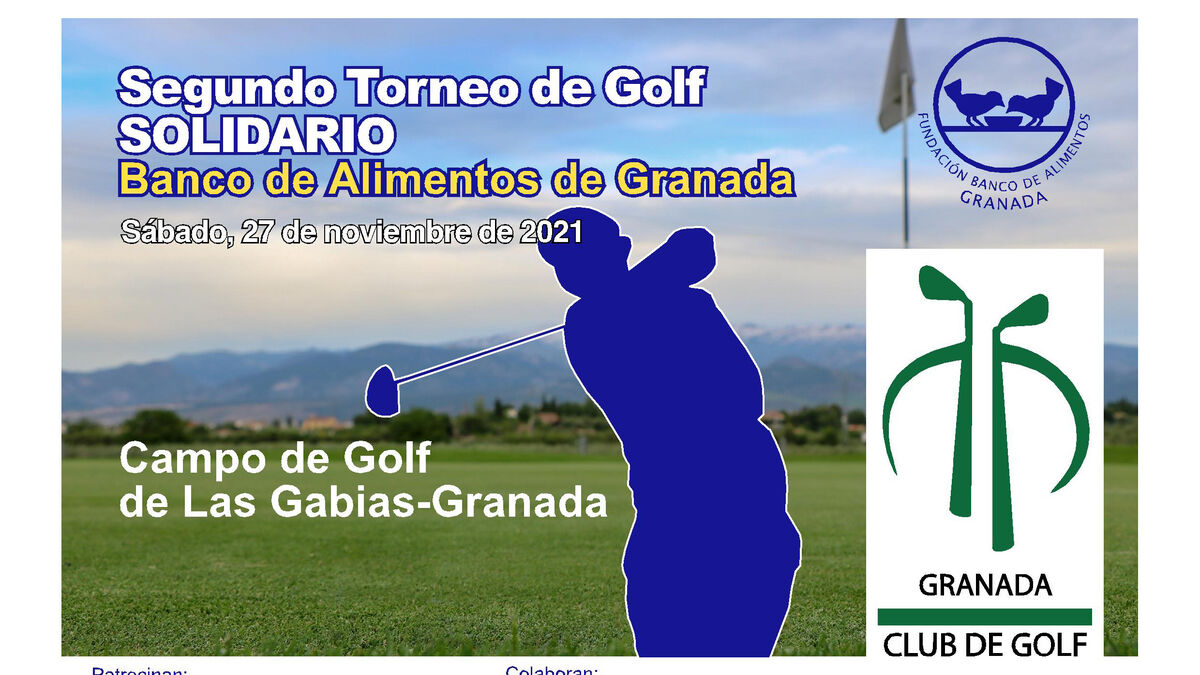 The Las Gabias Golf Course will host next Saturday, November 27, the II Solidarity Golf Tournament Banco de Alimentos. All proceeds from the compet

All proceeds from the competition will go to the Granada Food Bank Foundation, which recently celebrated its 25th anniversary.

The solidarity tournament will be held from nine in the morning to three in the afternoon and everything related to information and registration It will be resolved by calling 958584436.

What&#8217;s more, donations can be made that may be deducted in personal income tax.

As highlighted by the Foundation food Bank, with acts of solidarity such as this golf tournament, the entity wants to support sports activities, while its presence in Granada society becomes notorious and allows it to obtain income to meet the current expenses that it has to face for its normal operation.

The Granada Food Bank, created in 1995, became a Foundation in 2002, and its principles are the fight against food waste, the recovery of food surpluses and its fair and equitable distribution between entities that serve people in need of food.

Tags: Golf, Solidary, Food
María Fernanda readjusts the game in the continuation of the Olympic golf tournament
Nick Edmund, the pilgrim who fights cancer with his bag of clubs in tow
Turisme promotes the Costa Blanca golf offer in the Czech market
GOLF 284