The immeasurable figures of football 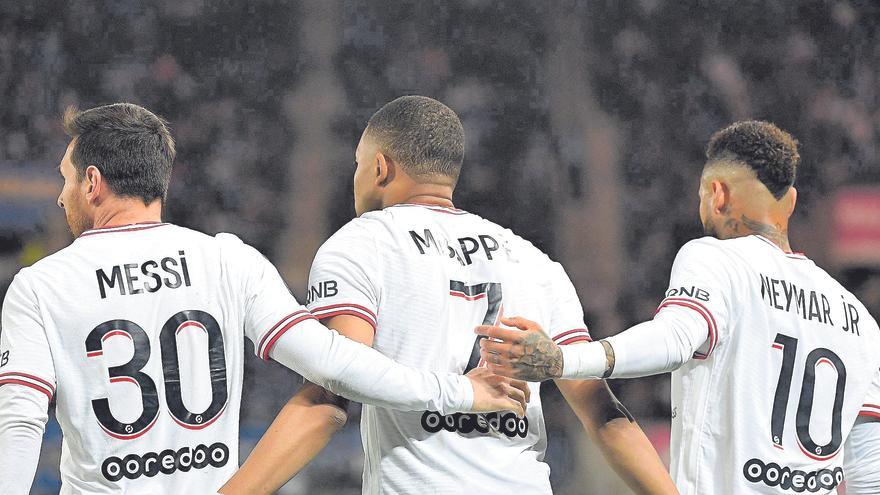 When talking about football in Spain, people do not usually refer to those thousands of amateur matches that are played every wee

When talking about football in Spain, people do not usually refer to those thousands of amateur matches that are played every week, in which more than a million federated athletes participate, but to those of the European Club Championship (Champions League) or at least to those of the Spanish league, in which, more or less, some five hundred professionals play. They refer to the championships played by Real Madrid and FC Barcelona, ​​who, not by chance, monopolize ninety percent of the sports information that appears in the media, whether they are read, heard or seen. Obviously, both clubs generate overwhelmingly heated debates among fans. In large part, because, on a regular basis, one of the two is the one who wins the Spanish league, and on many occasions the European championship as well.

From the figures outlined above, it could be deduced that, in the best of cases, only one in 2,000 practitioners of this sport could play in the first division of Spanish football. And I say in the best of cases, because of those 500 elite players, more than fifty percent come from other countries. This means that only one of every 4,000 Spaniards who plays football can aspire to participate in the Spanish top flight.

Given such dizzying figures, not to say scandalous, it is not surprising that businessmen and investment funds of all brands and colors have positioned themselves to control a large part of football clubs, before the bubble burst. Because business is business, and football was not going to be an exception to the rule.

Not many years ago, each football club represented its city, because several native players played in its team, and the owners of the club were the members. Today, there are hardly any Aborigines among the most powerful. Likewise, at Real Madrid, it is almost impossible to find a Madrid native, or even a Spaniard, in their starting lineup. In fact, there are clubs in other countries that field more Spanish players than the teams here.

I have always thought that, if in any match, the two teams exchanged shirts during half-time, for the fans, the players who were unpresentable crooks before, who were undeservedly winning, would later, in the second half, go on to to be the exquisite heroes who fought tooth and nail to leave the pavilion of their beloved club in a good place. Then this soccer thing is not a matter of players, or game schemes, or who owns the club, but of shirts, something difficult to understand for those who are not fans of this sport.

To the smell of business, another kind of predator has emerged in the form of an intermediary, who calls himself a representative, who is dedicated to moving players from one club to another. It is this, a species that comes to enjoy an all-embracing power

To the smell of business, another kind of predator has emerged in the form of an intermediary, who calls himself a representative, who is dedicated to moving players from one club to another. It is this, a species that comes to enjoy absolute power, which changes club players (although it is not necessary) in order to achieve an income even higher than that of the players. In fact, it may be the case that commissions from the player, the selling club and the buying club are entering.

What is not understood very well is how sports journalists, and especially interns, when reporting, instead of criticizing the pornographic salaries of certain soccer players, do not shy away from saying, without any qualms, that they would pay 50 or 100 million euros for the services of so-and-so so that he could play for Real Madrid or FC Barcelona, ​​for example, when, in reality, they should be shocked to witness something that borders on the shamelessness. In fact, the aforementioned player, likely to enter that dough, would earn, in a single year, more than the editorial staff of the media outlet for him during his entire life.

But of course, it is that investigative journalism seems to have died out, and the media prefer that their informants put on the shirt of a certain club, and overreact by putting themselves at the level of the most staunch supporters. This makes it easier for them, since they only have to praise that club, whatever they do or don’t do, including their less than exemplary actions. But as football fans it seems that it doesn’t bother us too much, well that’s how it goes. We settle for listening, watching or reading, to those who most identify with the club of our loves. And here peace and after glory.

Of course, it is not something very different from what happens with the rest of the information, especially those that affect the world of politics, since, in both cases, the same or similar strategies are used. But that would be another story.