The internationalization of Mexican soccer advances 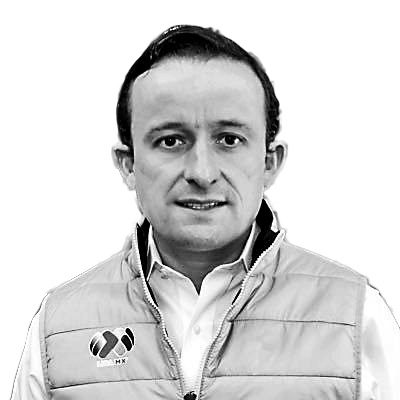 This Wednesday in Columbus, Ohio, is the duel of the champions of Mexico and the United States. Mexican soccer is going through a histori

This Wednesday in Columbus, Ohio, is the duel of the champions of Mexico and the United States. Mexican soccer is going through a historic moment. It is, because every day it continues to strengthen the structures of its clubs with better financial controls, because work is being harvested in Leagues such as the Women’s League – recently recognized in Madrid at the World Football Summit – and because it is advancing in its internationalization process with concrete actions.

The best example is the announcement we just made about the upcoming 2023 Leagues Cup, which for the first time will bring together all the clubs of the two main leagues of the first division of North America: Major League Soccer and Liga MX.

It is an unprecedented tournament that will develop intense competition during a month of the summer, which will allow to build a great platform for athletes and clubs and which will determine three places for the Concacaf Champions League, including direct qualification to the round of 16.

The event as a sporting event will be very important, but it will also be so for what is to come in the region in the following years. In 2026, the World Cup will be held in Mexico, the United States and Canada and this tournament will show the infrastructure and soccer capabilities of the region.

The tournament will generate economic benefits for the participating clubs; commercial benefits for the region through the window that will mean for sponsors and partners in the two countries; sports benefits, which implies strengthening the rivalry between the two leagues, which have grown notably in recent years; and of course, benefits for the fans that for a month will be able to enjoy an intense, attractive, regional competition, which will once again bring the teams closer to the fans of both countries and the world.

The project is also important because it meets one of the needs of Mexican soccer: the relevance of not only having a short-term perspective, but also being able to point towards a horizon of several years. In this case, the announcement of a tournament to be held in two years confirms the intention to advance in the internationalization of Mexican soccer.

A plan, which, as I have already had the opportunity to explain, is strategic for national football. This year we will have celebrated the Leagues Cup, the Concacaf Champions League, the Champion of Champions that the Cruz Azul and Columbus clubs dispute today in front of at least 20 thousand fans, the All-Star Match between the MX League and the MSL and we will continue working to serve the great fans of the two countries.

We know that much work still needs to be done to strengthen the internationalization of Mexican soccer, but the actions that managers, teams and players are taking are going in the right direction.

The successful attendance at the stadiums, the response at the box office, the audience numbers and the growing agreements &#8211; such as the one just announced &#8211; are proof that the internationalization of Mexican soccer is bearing fruit and will continue to do so.

* Mikel Arriola is the Executive President of Liga MX

Tags: MLS, Mexico, MX LEAGUE
Former president of the Brazilian Football Confederation is suspended for life for bribery cases
A chaos, the disorder of football
Qatar ‘fills’ Beckham and other soccer stars with happiness
FOOTBALL 662

Loading...
Newer Post
NBA: Gabriel Deck never intended to sign for Bara: “The rumors were not true, my plan was the NBA”
Older Post
“Jordan would average 40 points per game in the current NBA”