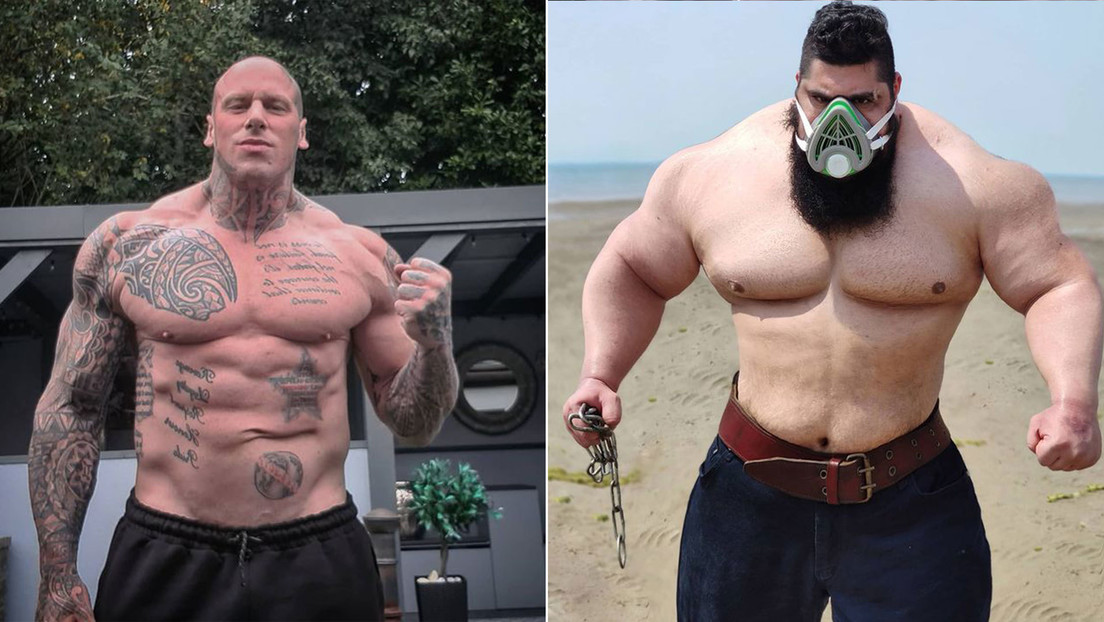 Published: Nov 10, 2021 16:41 GMT The British fighter has scoffed at that training method and promise

The British fighter has scoffed at that training method and promised to “crush” the Iranian in the first round.

The bodybuilder Sajad Gharibi, known as the ‘Iranian Hulk’, has shared images of his peculiar training for the boxing match against the British actor and mixed martial arts fighter Martyn Ford.

“Yes, this is personal“Gharibi wrote this Tuesday on his Instagram account along with a video in which he can be seen, among other things, bending with his hands a tool steel, smashing a watermelon and ‘punching’ a concrete wall with his fists.

The 29-year-old ‘Iranian Hulk’ and Ford they will face each other on April 2 2022 in London. Gharibi asserts that “different conditions don’t matter”, because he “never give up“Mrtyn Ford, 39, weighs 130 kilos and is 2.10 meters tall. For his part, the Iranian weighs 176 kilos and is 1.88 meters tall.

The British fighter has scoffed at his next opponent’s training methods and vowed to “crush” him in the first round. “It will be a real carnage, a fight that I promise will surprise everyone, “said Ford, who acknowledges that it will be an “unfair” match because he is a professional wrestler.

However, he clarified that he did not want to participate in that duel, but that saw himself obliged accept it after Gharibi said things about him that “cannot be taken back.”