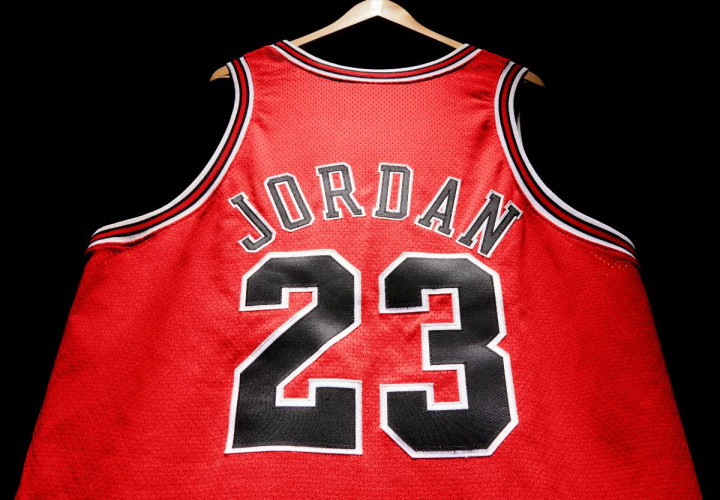 Definitely, Michael Jordan is one of the best players in the history of basketball, so much so that an auction house will put up for sale the jerse

Definitely, Michael Jordan is one of the best players in the history of basketball, so much so that an auction house will put up for sale the jersey he wore in his last NBA final. Here all the details.

fans of Michael Jordan have come to pay thousands of dollars to own some air jordan 1 sneakerwhich became a collector’s item.

It wouldn’t be surprising if some memorabilia collectors paid millions for the sweater he wore. Michael Jordan in the first game of the finals of the NBAwhere in the year 1998 the chicago bulls they faced the Utah Jazz for the championship.

In the 1998 final, the Bulls faced the Utah in a six-game seriesand in the last game, just five seconds before the end of the gameJordan scored the game-winning basketachieving for his team a second treble in a span of eight years.

Thanks to the victory he achieved together with the Bull’sJordan was named the most valuable player in the finals, however, after that game the basketball player decided to retire, but in 2010 he returned to the game with the Washington WizardsAlthough only for two seasons.

When will Michael Jordan’s jersey be auctioned?

the sweater you wore Michael Jordan in said final will be auctioned the next september 6 and is expected to conclude on September 14, 2022.

Sotheby’s will be the one in charge of auctioning the jersey worn by Michael Jordan in his last NBA final. The auction will take place through Sotheby’s website, and they expect it to fetch between $3 million and $5 million.

According to Brahm Wachter, Director of Streetware and Modern Collectibles at Sotheby’sthe sweater that will be auctioned is one of the most significant of the michael jordan collection.

When you think about the arc of Michael Jordan’s career, and his last chance to win a sixth NBA championship, this game really holds a special place in the hearts of all of his fans,” Wachter said.

Tags: sotheby's, michael jordan jersey last nba final up for auction, NBA finals michael jordan jersey up for auction
NBA: The day Jordan and a rookie bet their cars: a Mercedes against a Ferrari
NBA: Magic Johnson prefers Michael Jordan over LeBron James | Basketball 123
NBA: Dominique Wilkins reveals Jordan’s cheek against the Hawks that he later had to eat
NBA 3502