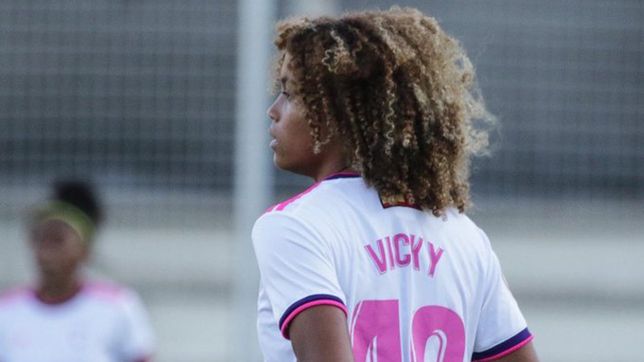 “It is never easy to say goodbye to what has been my home for seven years”, begins Vicky López (7/26/2006) in her farewell message from what, until

“It is never easy to say goodbye to what has been my home for seven years”, begins Vicky López (7/26/2006) in her farewell message from what, until now, has been the club of her life, Madrid CFF . The attacker, on the agenda of the greats throughout the summer, has announced her departure one day before her 16th birthday. Barça will be her destiny, according to Sport-Journal. AS has been able to find out that she will be a Blaugrana, with a contract that will cover five seasons and that she will sign when the culé board returns from the United States.

Atlético, Real Madrid, Juventus… The month of May began with a long list of suitors for a Vicky López who shone above all the players who participated in the U-17 European Championship in which she was runner-up with La Rojita. Now, her future is dyed in a Blaugrana color that would also mean a change of city for the young player.

“It is time to say goodbye to this great club, my family… A thank you falls short for everything you have done for me,” she says in the final lines of a text in which she is lucky for the treatment received so much of coaches, as companions and the rest of the people of the white entity.

The soccer player from Madrid, with Nigerian roots on her mother’s side, already rejected several offers last summer to stay at the club she formed, Madrid CFF, and with which she made her debut in the Women’s First Division last September when she was just 15 years old and month and ten days.

In total, Vicky López ended up playing 321 minutes spread over eight top-flight games this season, culminating in being runner-up in the European Under-17s in Bosnia and Herzegovina after losing the final on penalties to Germany.

The young soccer player shone in the competition like no other, she was the top assister, with a total of 4 goal passes, and found the goal on one occasion. But her, above all, she proved to be a step above the rest with her constant superiority. In the next few hours, her future can be resolved… officially.

“My dream is to play for Madrid, it is the top of the world”
Chelsea | “Kepa is not so good at putting all the eggs in the basket”
[Video] The worst free kick in football history
FOOTBALL 3141