The Lakers fill their roster gaps with short contracts 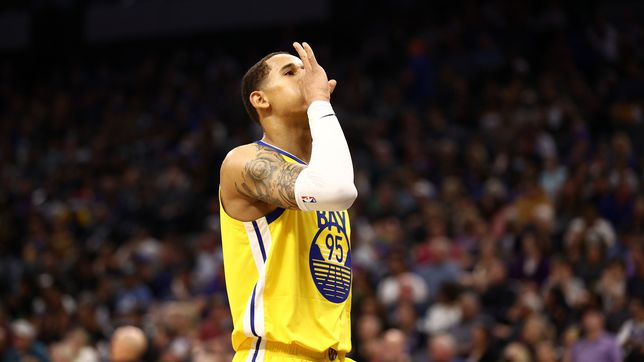 The much-vaunted player option for Russell Westbrook, who will continue for another year with the Lakers unless traded, leaves little cap room for

The much-vaunted player option for Russell Westbrook, who will continue for another year with the Lakers unless traded, leaves little cap room for Rob Pelinka to move in the market. And in the first hours of it the gaps have been filled. The mid-level exception has been completed with a young player who can alternate the two outermost positions, Lonnie Walker, and contracts for the minimum will be used for the other players because there are no possibilities.

Malik Monk, for example, expressed a few days ago his desire to continue with the Lakers, where he had gone from less to more during the difficult 2021/22 season, and had to find a place on another team. Monk goes to the Kings in exchange for 19 million for two years.

Angelenos have pulled from their connections with Rich Paul and his management agency, Klutch, to make some of the new signings.

The recent NBA champion Juan Toscano-Anderson does not change his state but he does change his team and signs for one year. They also do it with two short-range players in the minutes of play, one of them is 22-year-old forward Troy Brown (from the Bulls) and the other is 27-year-old center Damian Jones (from the Kings). The latter was already in the LA team the previous year. The last of this transfer carousel is somewhat more relevant, the aforementioned Lonnie Walker, who can also fill Monk’s gap, for whom only a one-year contract has been chosen in exchange. of 6.5 million dollars. Walker is the four outsiders of value to come out of the Spurs this year: Bryn Forbes and Derrick White did it in the winter market and the franchise has traded Dejounte Murray this June.

The Lakers have many millions already agreed with LeBron James (44.4) and Anthony Davis (37.9) and to that have been added the 47.1 of Russell Westbrook’s extension. More than 129 invested in only three players. Stanley Johnson, Wenyen Gabriel, Austin Reaves and Talen Horton-Tucker have contracts and complete the current squad Kendrick Nunn, obsolete last season and who had a personal option to stay one more year.

Walker’s signature, still pending officiality, also means that the contract of the rookie chosen this year, Max Christie, cannot be overinflated. All the chips that remain, three if we count the new signings, must be for the minimum salary.