The latest downfall of Chimmy Morales. The Nicaraguan MMA figure that fails to establish itself abroad 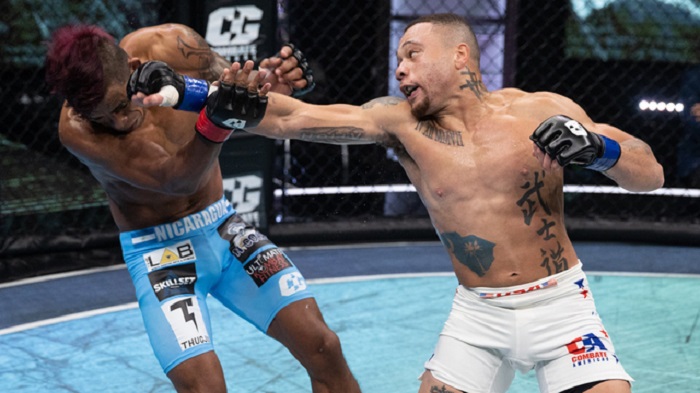 "Over the next five years we will see the best of him and he will return to the UFC." The prediction of Alex Amador, the manager of Leonardo "Chim

“Over the next five years we will see the best of him and he will return to the UFC.” The prediction of Alex Amador, the manager of Leonardo “Chimmy” Morales in 2020, seems to be further from reality. The best exponent of mixed martial arts in Nicaragua recorded his second consecutive defeat in the United States where he still hopes to carry out the fight that will catapult his career to the next level, stalled by the injury that took him away from the Octagon a year and a half (between June 2016 and December 2017) and the onset of covid-19.

Chimmy Morales, 28, lost a unanimous decision to American John “Hollywood” Sweeney in the bantamweight division (135 pounds) on Friday at Univision Studios in Miami, Florida. The Nicaraguan, who led the main fight of the Combate Global company, lost for the second time in a row in the year and in the same company, after debuting with a setback (majority decision) against the American José “Froggy” Estrada in July, although this time left a better impression than now.

The national benchmark of MMA, who has a balance of 10 victories and six defeats at the professional level, also lost the opportunity to relaunch his career at the international level. A victory guaranteed him a place in the 12 Copa Combate tournament, organized by the same company for which he fights, which will take place on December 12 and the winner will win $ 100,000.

Chimmy Morales last won in 2019 against Esdo Moisés for the vacant gladiator fighting league featherweight championship title. That was his third consecutive success, after those obtained against Darwin Luna and Víctor Fernández in 2018, which opened the best opportunity of his life for him by signing five fights with the company Combate Global, which could be returned to the UFC again if it shines in the three pending crashes. Otherwise he could be stuck as the Nicaraguan finalist The Ultimate Fighter Latin America 2014, who had two opportunities to establish himself in this complicated sport and could not achieve it.

Tags: Chimmy Morales | Leonardo ?? Chimmy ?? Morales
UFC: Israel Adesanya vs. Robert Whittaker rematch points to UFC 271
UFC: Controversy in the UFC: Reyes does not want to fight with Jon Jones after his arrest
Valentina Shevchenko greeted Halle Berry before the premiere of Bruised for Netflix
UFC/MMA 306