the leaderboard after date 8 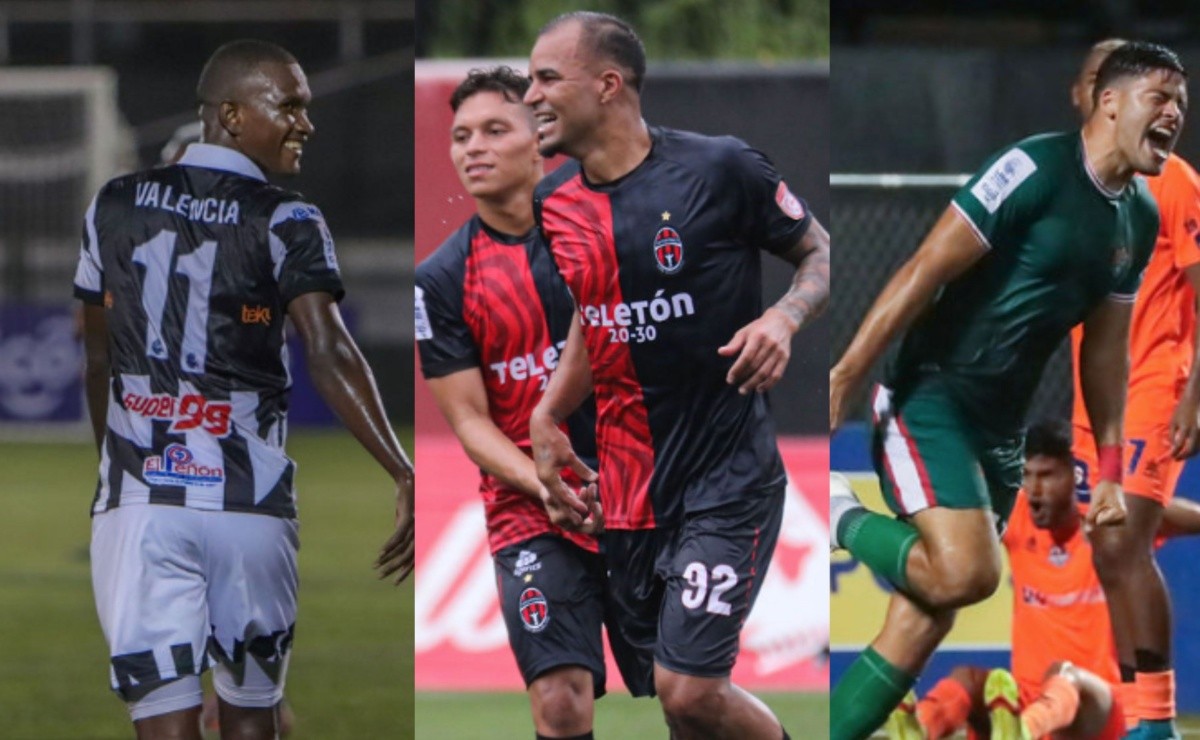 the leaderboard after date 8

With a win of United Arab Sports on University CDthe 8th date of Closing Tournament 2022 of the Panamanian Soccer League became history and left us a balance of four wins, two draws and 16 scored goals (10 more than in the previous day). On your side, CD Plaza Amador and CAI they continue to hold their own as leaders of the standings in their respective conferences. then in FCA We will offer a review of the results of the week and the table of positions after day 8.

San Francisco FC 1-2 Taurus FC: on the return of Gary Stempel, The monks they arrived excited to the commitment, in search of that victory to climb in the classification table. However, the party was going to be ruined by Omar Valencia (29′), who scored a controversial goal, including for an alleged offside. Although in the plugin, Kenny Bonilla (57′) would make the stadium vibrate, after scoring the tie for the locals, however, Serge Cunningham (88′) would appear as the hero Albinegro in the final minutes.

Sporting San Miguelito 3-2 Veraguas United FC: a great game from start to finish at La Academia Stadium, starring both casts. The visitors went ahead first, thanks to a bit of Erick Rodriguez (7`), after a blunder by goalkeeper Jorginho Frías. After that, the meeting was going to become a round trip, which Jorlian Sanchez (23′) would take the opportunity to put the red and black.

In a positive instance for those of Felipe Borowsky, edson sams (34′) and Dwann Oliveira (37′) would benefit to double the score and go ahead at halftime. Despite Ricardo Montenegro (69′) closed the gap through the penalty spot, time was not enough for the visitors to recover points.

Atletico Chiriqui 1-1 Colts of the East: In a match with few emotions facing the frame, the casts left with one unit each, after equalizing at the San Cristóbal Stadium. The visitors began by overwhelming their rival, until they opened the result with a goal from Yoameth Murillo (20′) and although they had some chances, they couldn’t finish them. This would take its toll on him in the second half, when Joseph Ortega (72′) found a ball inside the area and tied the instances.

CAI 1-0 CD Plaza Amador: Despite the fact that the clash did not have an excessive amount of faces to the bow, those that were, made more than one vibrate. However, it would not be until the final minutes, when Gilberto Hernández (78′) scored the only goal of the night and the one that would give victory to The Vikingsin addition, finishing with the undefeated The Lions.

Alliance FC 1-1 Herrera FC: at the Javier Cruz Stadium, The parrots they received The Sharks in a game, where the visitors had different occasions to take the lead, although with little precision in the cabin defended by Kevin Melgar. In the plugin, Alanzo Edwards (76′) would score the first goal of the afternoon, which would excite the Herreranos for getting their first victory in the championship. Nevertheless, Johnjairo Alvarado (90′) equalized the result in the last breath of the match.

CD Universitario 1-2 Deportivo Arabe Unidos: The Blue Express continues in good form and showed it again with a new victory in his visit to the Universidad Latina Stadium. The first half would end in a goalless draw, but in the second half, Ángel Caicedo (47′) would make it 1-0 in favor of the colonenses. After that, Gabriel Brown (54′) doubled the advantage and although Everard Rose (62′) shortened distances, time was not enough for more.

Tags: Closure 2022, Panamanian Soccer League, Panama
the leaderboard after date 4
Versus / Jorge Rojas returns and has a new team in Paraguayan soccer
Gignac became a boxer after being eliminated from Liga MX
FOOTBALL 3763