The League Cup 2022 it's here! The Professional Soccer League of the AFA carried out the draw for the fixture for the next tournament, the first

The League Cup 2022 it’s here! The Professional Soccer League of the AFA carried out the draw for the fixture for the next tournament, the first date of which will be held on the weekend of Sunday, February 13.

This is how date 1 will be played:

This is how the draw was carried out

In an event held at the Hilton Hotel, with the virtual and face-to-face assistance of the 28 LPF clubs, the crosses of the 14 dates of the contest were known (including an interzonal date), which will be divided into two zones of 14 teams each a.

The first step of the day was to divide the two zones of 14 teams: the location was assigned with the classic / interzonal rival occupying the same location in the other zone, with these crosses:

Aldosivi – Board of Trustees

Through two cups (the first, with the names of the 28 clubs, in order to circumvent the area; the second, with the location numbers to draw the match program, according to a table that was previously sent to the clubs), the zones were raffled. As a club was drawn, it was assigned Zone A and corresponding location; and, automatically, his rival of the couple was located in the same position, but in zone B.

This is how the zones were formed:

Taking into account that the number of clubs per zone is even, the seventh date was established as the day on which all the classics or interzones will be played. This was defined like this for two reasons: it is right in the middle of the Cup and on that date there is no international calendar. Regarding the number of home and away matches, and considering that each zone has 14 teams, this generates 13 matches, with which some clubs will have 7 home matches and 6 away matches, and others, vice versa. In order to regularize this situation of sporting and economic disadvantage and that all clubs can have 7 home games and 7 away games, it was defined that the home of the classics would be those teams that had remained with six home games and seven away. Likewise, and as it was defined in the Executive Committee, each club will officiate as a venue in one of the two classics or interzonal of the season; With which, the locality of the classic defined in this Cup will be invested for the LPF 2022 Tournament.

On the other hand, in the quarterfinals, the two best classified from each zone will meet against the third and fourth from the other zone. These keys will be a single match, so in case of a tie it will be defined from the twelve steps. These matches will be played in the stadium of the highest ranked of the rivals, while the semifinals and the final will take place in a neutral stadium, to be defined.

It is known that the champion of the League Cup 2022 will qualify for the Copa Libertadores 2023 and, also, that at the end of this season there will be two descents to the First National, considering the averages, whose sum will include the points obtained in the two 2022 season tournaments.

The calendar dates for each day of the 2022 League Cup are as follows:

This draw for the League Cup 2022 was defined and here the complete fixture. 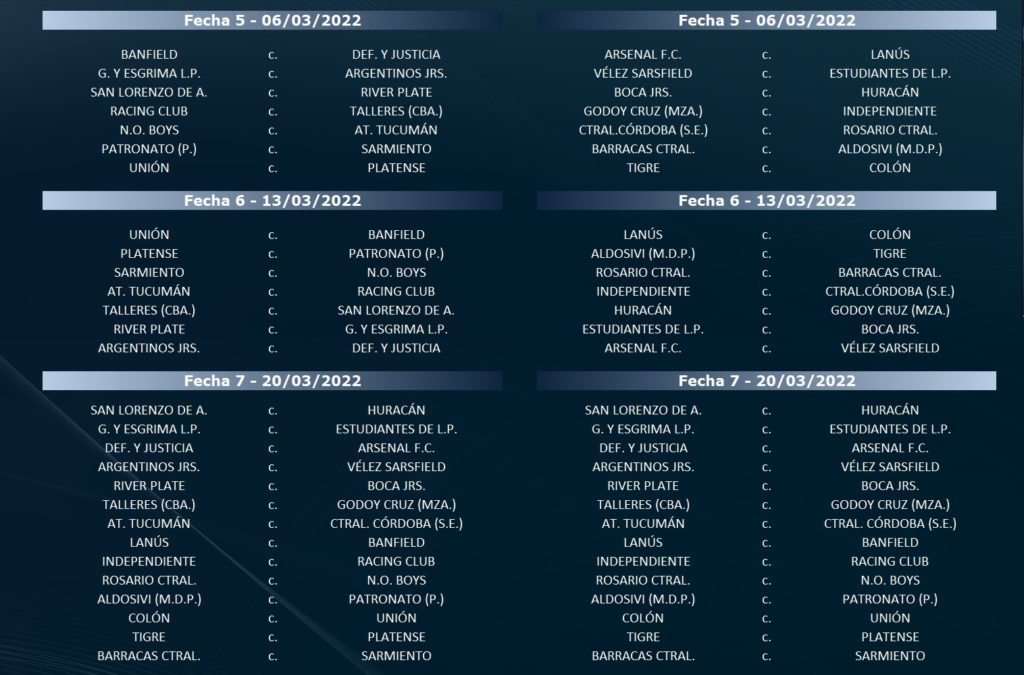 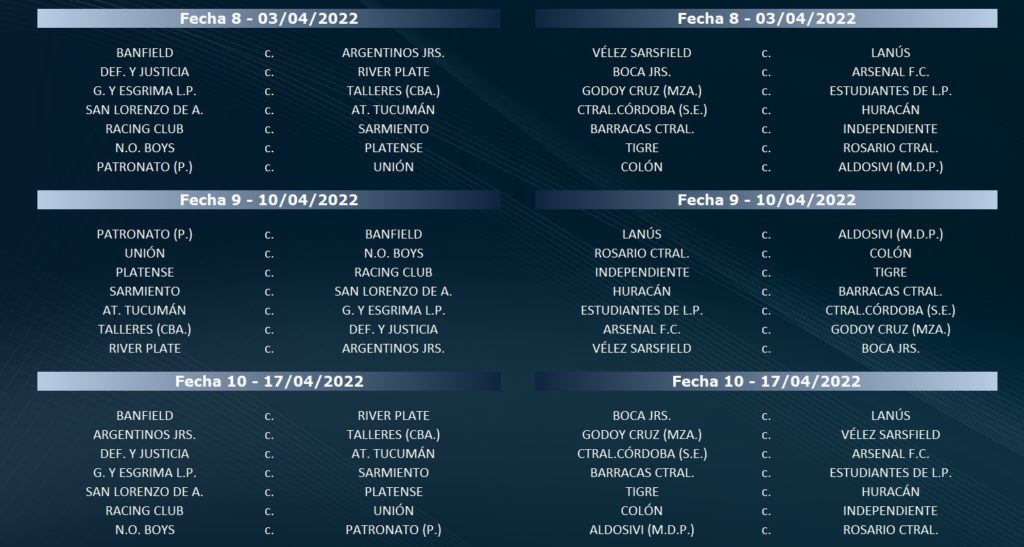 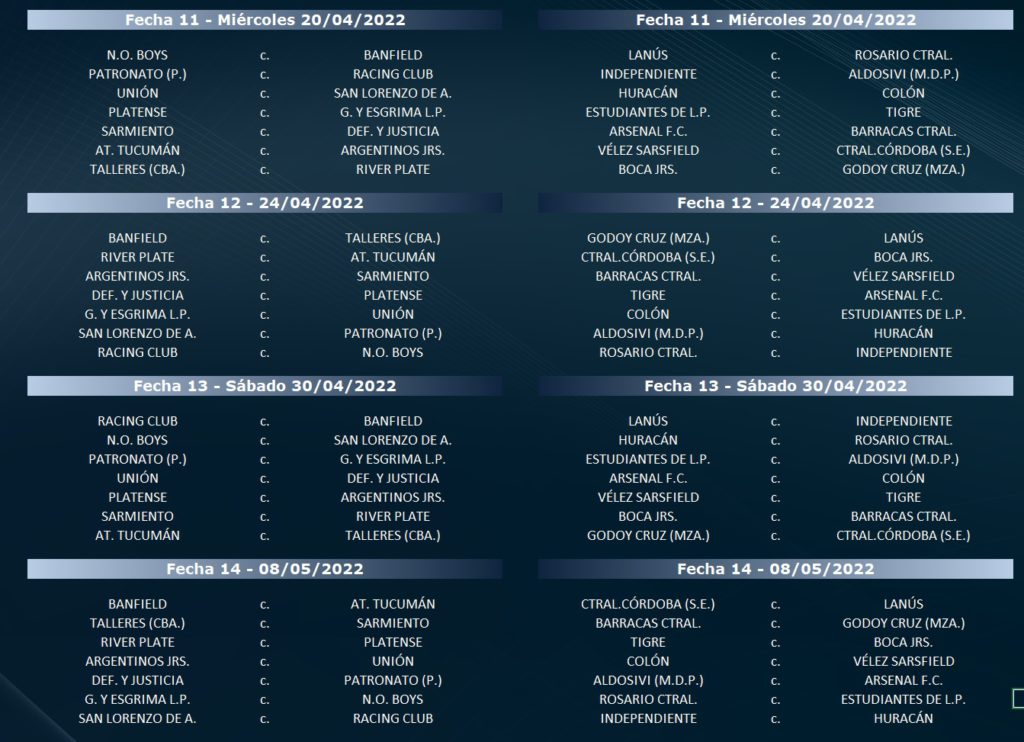 For the next League 2022 tournament, which will begin in June of this year, the mirror seats will be reversed with the League 2021 tournament (which River won). For example, Racing, which had to face Independiente, Boca, San Lorenzo and River (among others) as a visitor, in the next League 2022 contest will be local to all of them.

Lionel Messi could force his exit from PSG
Juventus defeats Salernitana and climbs positions in Italian football
Not everything is football: Arturo Vidal shows his love for cars with this great collection
FOOTBALL 1213

Loading...
Newer Post
(Video) With blows to the air and without hitting anything, boxer managed to win with “knockout”
Older Post
The six Formula 1 Sprints in 2022