The Gran Price boxing club is the second club opened by the Estrella brothers in Barcelona, ​​where they

The Gran Price boxing club is the second club opened by the Estrella brothers in Barcelona, ​​where they opened the St Gervasi Boxing Club shortly before the pandemic.

(31-5-2022). The mecca of boxing in Barcelona, ​​the Gran Price, reopens its doors 50 years after its closure. It does so as Club de Boxa Gran Price, a fitness center in which high-intensity training will be combined with the boxing school, suitable for all audiences.

Considered by many as the temple of boxing in Barcelona between the 30s and 70s of the last century, the Gran Price, is reborn from its ashes. And it does so exactly 50 years after it closed its doors in 1972, prey to debt.

The new project is called Club de Boxa Gran Price and opens its doors this June 1 in the central Aragón street in Barcelona, ​​next to Rambla de Catalunya. In addition to the name, the new gym recovers the decoration, atmosphere and essence of the old Gran Price, but with a training and fitness offer updated to current times.

From boxing mecca to block of flats

The first Gran Price opened its doors in 1935 by the Dutch businessman based in Madrid, Thomas Price, who ran a similar establishment in the capital and decided to open a second one in Barcelona. The premises were located between Floridablanca and Casanovas streets, occupying a space of 5,000 m2, in which all kinds of social gatherings, dances and competitions of all kinds were held, even typing. In the basements, it housed two gyms, one of which became the benchmark for boxing in Barcelona, ​​where the best boxers of the time passed through. 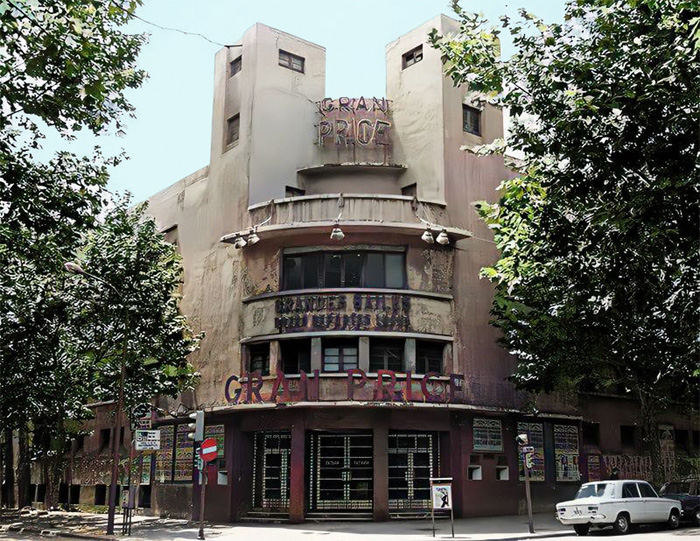 Facade of the first Gran Price, considered a boxing mecca in the 1960s. Photo: BarcelonaMemory.

In 1972, the debts led to the sale of the property for 48.5 million pesetas, to the construction company Núñez and Navarro, which demolished the mythical building for the construction of houses.

Jorge Estrella, promoter of the new Gran Price together with his brother Miguel, explains that “the Gran Price was a Mecca of boxing and we want to recover its essence, because it was a really interesting project”. For this, the new club, which has an area of ​​450 m2, has been decorated with original and authentic elements such as posters, photos, paintings and trophies from the time.

With a ‘vintage’ aesthetic, the new Gran Price presents diaphanous spaces with high ceilings, in which there is a ring and bag area, as well as a bodybuilding and technical space, in which high-intensity training will be carried out.

The offer will combine personalized fitness training and in small groups with a federated boxing school, and to which the public of all ages will have access. “We will offer boxing with and without contact, with the user deciding the level of contact they want to work on,” explains Estrella, who advances the intention in addition to offering an extracurricular boxing school activity for boys and girls from 8 to 15 years old, due to the proximity of the club with two schools.

The club has been equipped by the specialized boxing brand Leone 1947, and it is the second gym of the Estrella brothers, who run a 250 m2 boxing club on Sant Gervasi street, also in Barcelona. A project that opened its doors in 2020, shortly before the pandemic, and to which this second center is now added, once the obstacles that the arrival of Covid has brought to fitness businesses have been overcome.

Tlaxcala has three prospects in boxing for Paris 2024
Weekend already: set up your pool and compare it with ours
Cienfuegos scored first in the final of the National Boxing Series
BOXING 3118