The lesson of solidarity of the MotoGP family in Motegi 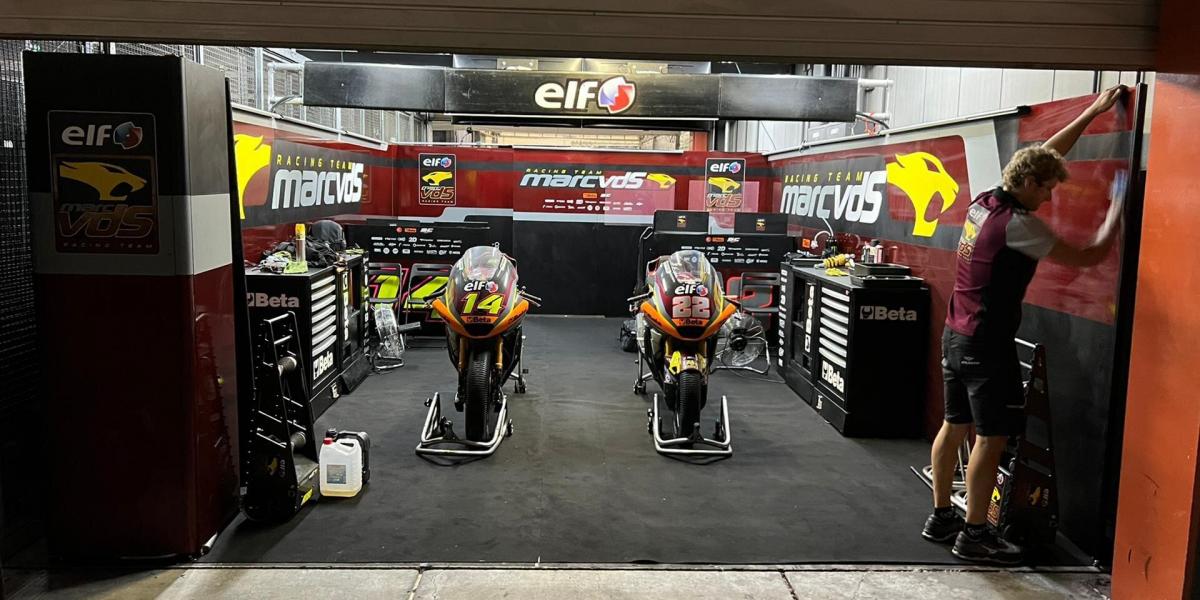 It is often said behind the scenes that the MotoGP paddock can become a jungle, but when it comes to pitching in, gestures of solidarity also define the true MotoGP family. And one occurred on Thursday night in Motegi when an intense smoke began to come out of the box of the Marc VDS Moto2.

On Thursday at eight o’clock local time in Japan, when the team’s mechanics had already set up the boxes and the bikes and had returned to the hotel, there was an accidental fire in the pitlane of the Motegi circuit that affected box number 12 assigned to the Moto2 team Marc VDS, located between the Suzuki and Aprilia MotoGP.

The alarm was triggered by intense smoke and the few mechanics left at that time in the pit laneespecially those from the two adjoining boxes, came out of their boxes, burst open the garage door of the Belgian Marc Van der Strassen team and fire extinguishers in hand tried to put out the fire and, above all, save the two team bikes, those of Sam Lowes and Tony Arbolino which they did.

Hours later, the Marc VDS team issued a note on its social networks thanking all those who had avoided such a catastrophe for the team in the middle of the triplet of races.

“After extinguishing the fire in the box, the relevant inspections showed that the fire started when some rainwater entered the garage and reached the ground, where it came into contact with a charger. That, in turn, triggered some sparks, which then quickly turned into a fire,” they explain.

“Fortunately, thanks to the incredible work done by all the people from the paddock who were there, the security and circuit firefighters, the damage was kept to a minimum.”

“The Elf Marc VDS team would like to publicly thank the work and great help provided by all our colleagues in the paddock, with a special mention to the Suzuki team who worked with us to clean and rebuild the box as if it were their own.”

Guille Carrillo, one of the team’s Spanish mechanics -it arrived at the time when Alex Márquez rode for them in Moto2 and is now for Arbolino- also took to social media to thank those who helped them and those who offered to do so. The entire team was back at Mito’s hotel and quickly returned upon being notified while the team in the paddock worked the miracle of extinguishing the fire. Then they helped them get everything ready again.

“Thank you very much to the members of Suzuki and Aprilia, forcing the (pit) door open, putting out the fire and taking the bikes out of the burning garage. Heroes. But that was not enough for them, they stayed with us cleaning and refinishing. set up the box”.

“Not forgetting who called us, and other people involved helping, Eric and Pol from Dorna (from Dorna’s on-board camera system), Albert Talamino (LCR), and people who offered by phone to come help like Honda, Fran from Pramac, Andrea from KTM, Sandra from Gresini and Laura from KTM-Ajo”.

“AGAIN, thanks to everyone who has cared. Now to rest, to forget (one more story for our future grandchildren), to fight jet lag… and the show must go on,” Carrillo wrote.

And this Friday morning everything is ready for Tony Arbolino and Sam Lowes to complete that FP1 in sixth and twenty-sixth position (the Brit returns after being out due to injury).

MotoGP : The official Yamaha version of the Quartararo case
Alex Rins affirms that for him “it has been a good day” | Sports
Miller beats Zarco, Bagnaia better than Quartararo | Sports | America Edition
MOTOGP 822

Loading...
Newer Post
Nicholas Latifi will leave Williams at the end of this season – Formula 1
Older Post
ENGINE | Audi ends the golf season in style at the national final of the Audi quattro Cup 2022