The LIV claims to enter the World Golf Ranking 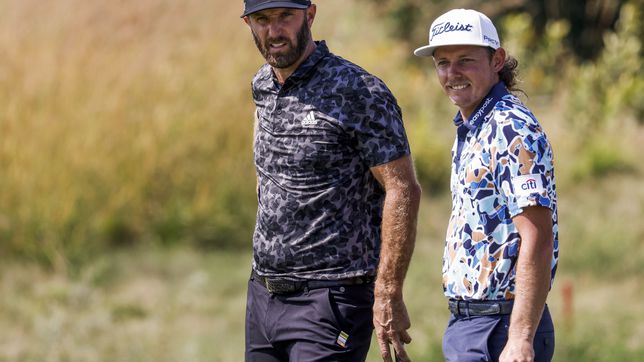 The players that make up the LIV have come together to sign a letter requesting to obtain points for playing the tournaments of that organization.

The players that make up the LIV have come together to sign a letter requesting to obtain points for playing the tournaments of that organization. The letter has been addressed to the OWGR (Official World Golf Ranking), whose ranking list does not include any of the tournaments they play in the competition financed with Saudi money. Already in July, the organization that directs the official ranking was asked to add points for playing these tournaments, but they did not receive any response.

In the letter, they wanted to sign the top stars that make up this competition, since not obtaining points would lead golfers to not be able to play very important tournaments, including the Olympic Games. Cameron Smith, Phil Mickelson or Bryson DeChambeau are some of the names that have wanted to sign the letter to preserve the “integrity” of this sport because they consider it unfair that this tournament is an exception when it has many golfers of the highest level. . 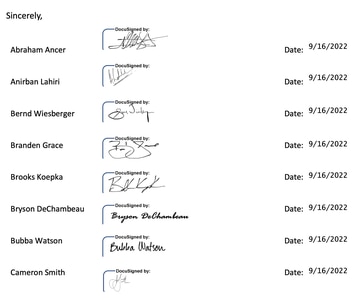 Signatories of the letter addressed to the OWGR.

Golfers state that LIV tournaments should be included to add points because not including said competition in this ranking “would be like leaving Belgium, Argentina and England out of the FIFA ranking.” “As ranked athletes, we rely on the OWGR, not only to rank for the biggest events, including the majors and the Olympics, but to tell us where we stand relative to our peers,” they write.

“We urge you to take appropriate action to include, on a retroactive basis, the results of LIV events in the OWGR. A ranking without the LIV would be incorrect and incomplete”, the letter adds. Furthermore, he comments that “every week that goes by without the inclusion of LIV athletes undermines the historical value of the OWGR. We call for a positive decision to be reached as soon as possible, for the benefit of the integrity of the rankings, the game and all of us who love the sport.”

The fact of not being able to add points for the ranking and being left out of the big tournaments is a drama for the golfers who decided to go to the competition directed by Greg Norman. In fact, the drop in positions on that list is already notorious. A concrete case has been exposed in the declaration of the golfers. Dustin Johnson has been used as an example to demonstrate the ‘injustice’ of this exclusion of these athletes from the ranking. “Dustin Johnson was ranked 13th in the OWGR shortly before announcing that he would be playing at LIV. He is now in 22nd place despite having finished eighth, third, second and first in the first four LIV events, ”they comment in the letter.

To conclude, the golfers express in the letter the fact that “the fans deserve inclusive and correct rankings”. “Not including 48 of the world’s best golfers in the ranking would mean fans are being denied what they deserve,” the letter concludes.

Brisa Cabrera is the National Golf Champion who plays with borrowed clubs
the ultimate battle of women’s golf
World Cup 2022: Van Gaal’s training from a golf cart … after falling off a bicycle
GOLF 1506

Loading...
Newer Post
Wolkowyski, former NBA player, arrives in Ecuador to give talks in Pasaje
Older Post
Who is who in ‘The Repatriated’, the boxing series on Star Plus?