“The LIV Golf starts and the controversy with the PGA grows!!” 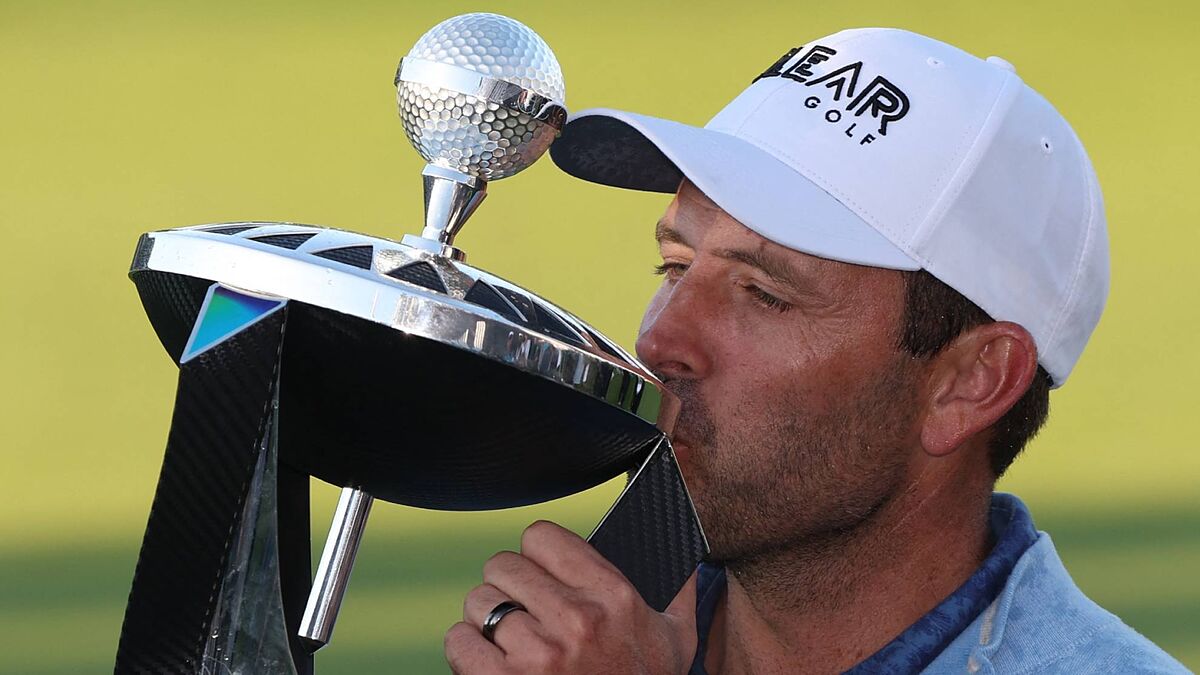 ORnot one, in the face of the juicy contracts offered, were yielding players to the invitation to join the breakaway LIV Golf promoted by Greg Norm

ORnot one, in the face of the juicy contracts offered, were yielding players to the invitation to join the breakaway LIV Golf promoted by Greg Norman and the government of Saudi Arabia.

The first was Phil Mickelson, who is said to have been 200 million, then Dustin Johnson with 125 million and, unknown amounts, followed by Sergio García, Lee Westwood, Patrick Reed, Louis Oosthuizen, Pat Pérez, Ian Poulter, Charl Schwartzel and some more who, without offending anyone, are names that nobody knows and they paint

It was precisely Schwartzel the one who took the inaugural tournament and with it the not insignificant sum of 4 million dollars, corresponding to the first place of the 20 million of the total purse but not just that, Schwartzel also takes the proportional part of the team prize since together with Oosthuizen, Grace and Du Plesiss were the winners of the group format.

The event was only broadcast on social media. Particularly I was watching it on YouTube, a poor streaming with far fewer cameras and shots the ones we’re used to, no sponsor ads, a lousy board design abbreviating the names. Surely they will perfect all this but in truth without much interest other than to see who takes the money.

I still haven’t finished finding the square to all this movement, including the individual format, the team format, the shotgun, I don’t see where the interesting thing is. Of course, of course, money is the important thing but at some point I thought I would aim for young people, new non-traditional golfers and what a surprise I got when watching the tournament I asked a good 16-year-old junior golfer: What Would you like more, play for millions of dollars or break the record of Jack Nicklaus or Tiger Woods? Without the slightest doubt he answered me: Break the record “.

The PGA waited for the dissidents to hit their first drive in this first tournament of the LIV Golf to announce its separation from the Tour, However, some doubts arise. As they are no longer members of the Tour they will not be able to play any tournament sponsored by the PGA, this includes one of the four Majors: the PGA; the US OPEN they can play it because as its name says, it is open and regulated by the USGA, not the PGA. I suppose the same happens with the British but with the Masters, which is autonomous, there is an additional detail: The council that regulates Augusta has already announced that it is in solidarity with the PGA, not inviting the separatists to future editions… But what about the four of them are former Masters winners who according to your rules are exempt for life? We’ll see how Augusta reacts.

We will also have to see, and I am dying of curiosity for this coming weekend, what will be the gallery’s reaction when these golfers stop on the one tee to play the US Open, I don’t think I’m wrong but they will be heavily booed.

Meanwhile on the other stage, the good one, Canadian Open was playedconsidered before the Players existed, as the fifth Major and before an extraordinary Gallery never dreamed of by the LIV, Rory McIlroy defends his title from last year by winning this Open in a row And look what irony, coincidence or whatever you want to call it, Rory McIlroy has been the PGA player who has most criticized the disbandment of players to the LIV, the one who has thrown the hardest at its organizers and Rory with this victory also from his second Canadian he obtains his 21st title, beating neither more nor less than Greg Norman, something that Rory was in charge of emphasizing…

Tags: Claro-mx/opinion
The Community places golf as the axis in the strategy to reactivate tourism after the pandemic
Isabella Fierro achieves second place in the Spirit International Amateur Golf Championship
Announces the celebration of the PQ golf tournament in La Romana
GOLF 1006