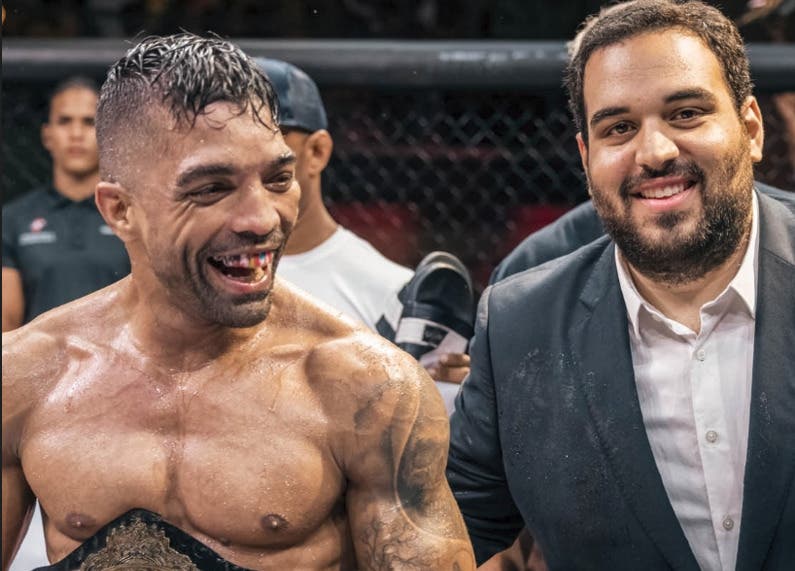 The Venezuelan Jhonasky “The Machine” Sojo retained his Fighting Force 155-pound title by defeating the Dominican by unanimous decision in a close five-round battle. Jeffrey “The Universal Soldier” Royon the world mixed martial arts (MMA) billboard, which was held at the Fencing Pavilion of the Juan Pablo Duarte Olympic Center.

Sojo and Roy staged a great fight that kept the public on their feet at all times, as both gladiators gave their best to take the victory.

You can read: SD team wins the top fighting tournament in COJPD

The American defeated Sosa again, since in a previous fight last April he defeated him by decision in jiu jitsu.

The fights were broadcast around the world by UFC Fight Pass, platform of the Ultimate Fighting Championship.

“This has been one of the best cards organized in the Dominican Republic, with great fights and a packed house with thousands of fans,” said Rodolfo Dauhajre, president of Fighting Force, after concluding the sports evening.

It may interest you: National fighting tournament at a higher level begins today

Tags: newspapers, news, today
Pacquiao leaves boxing to aspire to the presidency of the country
GAURSA brings the Formula 1 of the Alpine team to its Alto de Enekuri concession
Delfines del Este advance to U-19 soccer final
UFC/MMA 1083