The Madrid derby returns in football with a lot of morbidity 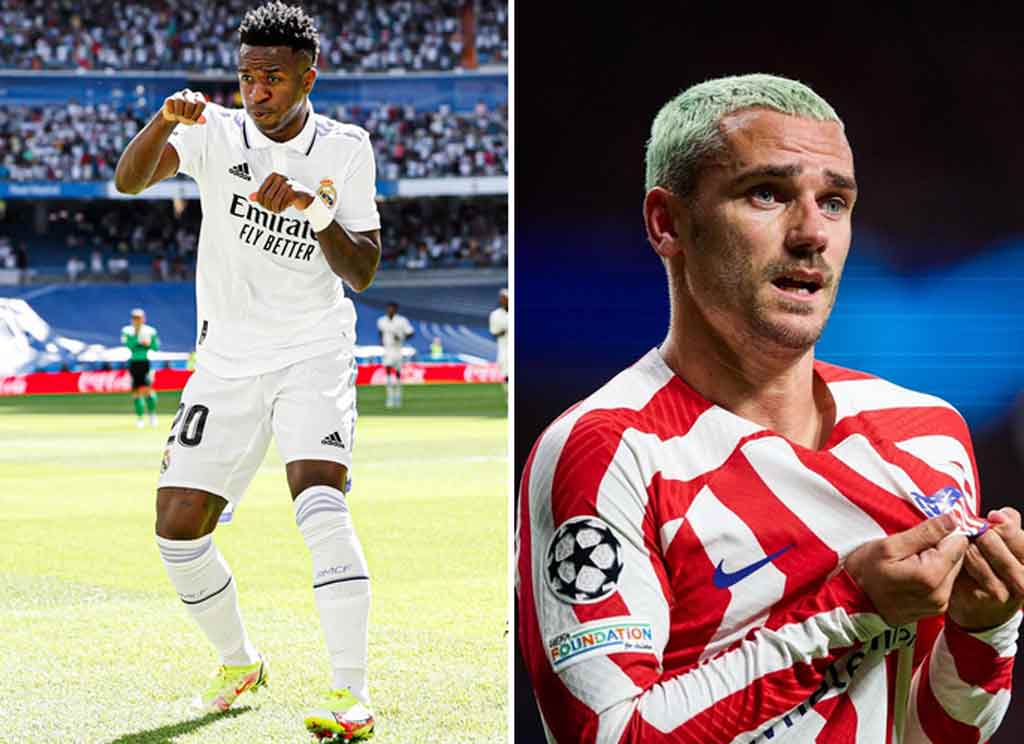 Real Madrid, current champion of LaLiga de España, faces Atlético de Madrid next Sunday on matchday six of the national tournament, anticipation of a national team break due to the final stage of the Nations League group stage.

The first and great curiosity of the duel revolves around the celebrations of the Brazilian Vinicius Junior, with dances when he scores goals. He tasted bad in different stadiums and the fans of the “colchoneros” are already preparing for the whistles, if something from the South American happens.

There will be trouble, anticipated the captain of Atleti, Koke, in a phrase that outraged the madridistas, slipping that the midfielder is throwing the Brazilian at the stake.

The “merengues”, led by the Italian Carlo Ancelotti, have stringed together eight wins in the new season, which includes five successes in the local competition, two in the Champions League and one to win the European Super Cup.

In the absence of their great figure in the attack, Frenchman Karim Benzema, injured, the young batch took over the stripes with Vinicius and his compatriot Rodrygo, and the Uruguayan Fede Valverede, supported by the inexhaustible midfield veterans, the Croatian Luka Modric and the German Tony Kroos.

Similarly, the role of the Belgian goalkeeper Thibaut Courtois and the defense, mainly the Austrian David Alaba, allowed the “white house” to extend their streak.

However, the time has come for a clean slate, because in its Metropolitan stadium, Atlético de Madrid is growing and its coach, the Argentine Diego “Cholo” Simeone, needs to get out of the uncertain start in the contest.

The ups and downs in the performance of their players, with two very painful defeats, in Spain against Villarreal; and in Germany against Bayern Leverkusen, they put their finger on the sometimes excessive taste of the coach for betting on defensive secrecy.

Quality has in its squad, with the Portuguese Joao Félix and the Spanish Alvaro Morata as offensive inspirations, with the complement of the Argentine Angel Correa and the Brazilian Matheus Cunha.

They arrive with the doubt if their star Slovenian goalkeeper, Jan Oblak, will be able to play, resentful of an injury, and the decision to open or not with the French Antoine Griezmann, limited in minutes by a contractual difference between Barcelona (his previous team) and the Atleti.

The Griezmann case is the other morbidity of the match, although the result can be a conclusive measure of the real possibilities that Simeone’s team has of playing LaLiga this season.

At the moment, Real Madrid is the undefeated leader with 15 points, while Atleti has 10, tied for fifth to seventh position with two other clubs.

Loading...
Newer Post
Alonso: “The goal is to win”
Older Post
UFC Vegas 60: The UFC returns to the Las Vegas Apex with the debut of Mexican Daniel Zellhuber