The Mafia Game III: Those in Black 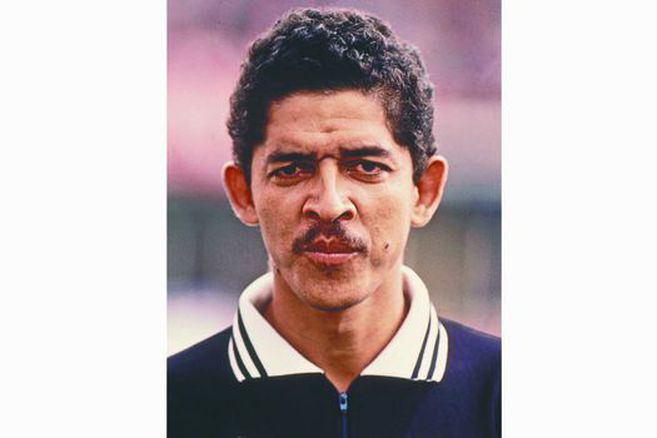 Álvaro Ortega, referee assassinated in 1989 by drug traffickers and their tentacles in Colombian soccer.

And football continued, despite the fact that in November 1989, when leaving the Nutibara Hotel in Medellín, a referee, Álvaro Ortega, was assassinated for having approved a Medellín goal in a game at the end of the national tournament. He continued, despite the fact that a few months earlier, a group of fans or businessmen, calling themselves “representative of six professional clubs,” had kidnapped referee Armando Pérez in order, according to them, to make it clear to him what he should do. He continued, despite the warnings of Judge Jesús Díaz, who said that in Colombian soccer that year “only one dead man was missing”, and that for all that and much more, it was clear that “something smelled rotten”. The Millionaire titles in 1987 and 1988, for example, were plagued by absurd decisions by the judges on the playing fields and by some leaders at their desks, but nobody said anything, which was like shouting that nobody opposed what was happening .

You can read: The game of the mafias I: America, from the red people to the red blood

And suddenly, the great title that had eluded América in the finals of the Libertadores in 1985, 1986 and 1987, was given to its bitterest enemy, Escobar Gaviria’s Nacional, in May 1989, then of some semifinals with the smell of war against a Millionaires who had been in the hands of Gonzalo Rodríguez Gacha for years. The round-trip matches, in Medellín and Bogotá, were a clear demonstration of the madness-terror that existed in Colombia, and had begun to be played long before they began on the field of play, with envelopes full of money, secret calls, appointments and meetings, and the panic rides to which the referees who arrived in Colombia were subjected. You didn’t have to buy them with thousands of dollars or the promise of fancy houses and cars to tip the scales toward one team or another. Just that they had to referee in Colombia was enough.

Upon arrival, one of the members of the Colombian arbitration staff would pick them up, say “welcome to your city”, of course, and take them on a tour of the places where the cartels operated. Along the way, the host recounted some of the macabre events that had occurred in this or that street in recent years, emphasizing the reasons why this or that character had been murdered, all with a measured tone of kindness, sprinkled with of diminutive, sugary local twists and studied smiles. The “initiation walk”, so to speak, ended at the hotel, with a full-course lunch or dinner, desserts, export coffee, blue seal whiskey and a gift, “a detail” from the leaders of ” our beloved Colombian football”. The next day the same character picked them up and took them to the stadium, in a “simple gesture of attention to our distinguished visitors.”

It may interest you: The Mafia Game II: The Legacy of El Dorado

The most that could be expected from the referees who came to whistle at Colombian stadiums was that they try to be neutral, but that was almost impossible. Any doubt was resolved in favor of the local, and when there was no doubt and the result was dangerous, they invented some ruse that changed the course of events. It had happened with América in the mid-1980s. It happened with Millonarios in 1989, with the Colombian National Team that played in the World Cup Qualifiers in Italy in 1990, and with Atlético Nacional. Even that aura of intimidation accompanied the Colombian teams every time they traveled to participate in a championship abroad. Colombia, in all its manifestations, meant danger. Colombia was fear. Colombia was violence. Colombia was murder and drugs and terror and the possibility of money, a lot of money, and some clans outside our borders began to take part in that cocktail.

That’s why Colombian football stopped being just “Colombian”. The cartels had branches in several countries, and allies and not so allies, and the exchange of players, favors, transactions, became a custom. When Nacional won the 1989 Libertadores, the first great Colombian soccer title, the René Higuita, Leonel Álvarez, Albeiro Usuriaga, Luis Carlos Perea, Andrés Escobar and others who were part of that epic of reversing a zero two against Olimpia de Paraguay in El Campín de Bogotá, became idols and benchmarks of Latin American football, as had rarely or never happened with a club that was not Argentine, Brazilian or Uruguayan, the three countries that dominated football and the Libertadores. Francisco Maturana, the creator of that soccer revolution, became a kind of wise man who was required by the main media in South America and gave talks everywhere.

We recommend: The dance of the Colombian teams of Maturana

As for football, football, that National was the first great football revolution in Colombia, and perhaps in South America. It had been built based on some Colombian players that emerged from the lower divisions of the club. When Maturana made them debut in the first division, they knew each other and played like him and Hernán Darío Gómez, his assistant, tried, most of the time, to touch, in small spaces, with the defense advanced and managing constant changes of front to unwind the game. In training, they played in minimal spaces so that the players got used to the pressure. Without the ball, Nacional tried to take the ball away from their rivals on their field, very much in the style of Joseph Guardiola’s Barcelona in the early 2000s, and Marcelo Bielsa’s teams. The “verrrrrede, veeeerdeeeeee” crowd was also a pioneer in Colombia.

Until his appearance, with his songs and his huge flags, no other had sung in a stadium or anything like that. His presentation in the great soccer society, so to speak, was from May 30, 1989, when dozens of voices and cars from Medellín and Antioquia in general, flooded the streets of Bogotá to fill the stands of the Campín la night of Wednesday, May 31 to encourage his team in the return game of the Libertadores against Olimpia. Already in the stadium, they began to sing from noon, in a fine-tuned symphony that combined with the game of their team and that only ended at dawn the following Thursday, to reappear upon their arrival in the capital of Antioquia. Two years ago that “verdeeeee, verdeeeeeee” had begun to take over the stands of Atanasio Girardot. Somehow, soccer and songs were walking hand in hand and would continue like this for several years.

Likewise, the night of May 31, 1989 would be unforgettable for Colombian soccer. With arbitration pressure, with controversial rulings, with arguments and suspicions, but also with legitimate triumphs and an excellent level of its main players, Atlético Nacional was the base of the Colombian National Team that played in the World Cups of 90, 94 and 98, not only because of its soccer players, but because of their way of conceiving the game, and even because of the dark characters that haunted it. Game after game, first National, and then the Colombian National Team, they left an indelible mark on history, and memorable dates and games that, as was obvious, attracted the attention of the different cartels in the country. Although most of the members of the soccer world knew that something strange was happening, or at least suspected it, hardly anyone dared to say anything. One and the other, in silence or sometimes shouting, signed a secret pact of silence and mutual collaboration.

Tags: What do we play?
Live transfer market: registrations, cancellations, renewals and reactions | Last minute today
Europa League 2021-2022: The Round of 16 defined
Wenger: “It’s an all-star team that looks like a team of friends, it’s not always like that”
FOOTBALL 2775