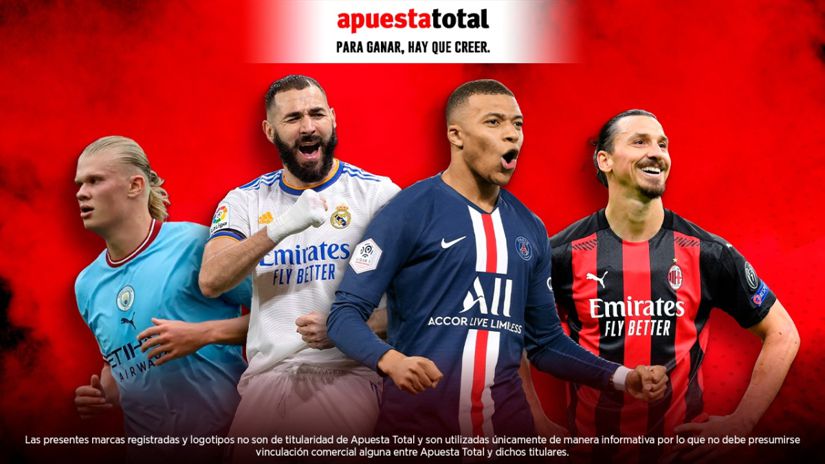 The season starts for Europe’s top leagues and continue until the following year, but not before taking a break between November and December to make way for the World Cup in Qatar. The long-awaited matches between the best teams in England, France, Spain and Italy They will take place after the well-deserved recovery period for their players after the Champions League.

Next, we tell you when the most important leagues in Europe start, the favorite teams and their odds:

Premier League: doWho is it could they win the English championship?

The Premier League will start this August 5 and end on May 28, 2023where the 20 English teams will play 38 days facing each other twice.

In the last edition of the English tournament, the Manchester City he was crowned champion after scoring 3-2 against Aston Villa, thus reaffirming the title from the previous season and reaching his eighth title in history. In addition, Pep Guardiola’s team stood out for defending their home well, consecrating themselves as the team with the most home win with 7 goals against Leeds United on December 14 last year.

For his part, the Liverpool It has history if we talk about the Premier League. To date, Jürgen Klopp’s team he has 19 seasons won and in the 2021-22 season he excelled with Mohamed Salah as his main scorer, with 23 goals scored throughout the championship.

Due to their performance, Manchester City and Liverpool could reach the last date of the 2022-23 Premier League. The Total Bet odds

French League: what is the best option? the season ofthe French League will start this August 6 and end on June 4, 2023

. It is important to remember that the champion of the last edition was Paris Saint-Germain (PSG) which, like AS Saint-Étienne, has won 10 championships.

Among the achievements of the Galette team during the 2021-22 season, they obtained the biggest victory as an away team in the match where they scored 6 goals against 1 of Clermont Foot earlier this year. In addition, the confirmation that Kylian Mbappé will remain with the “Parisians” until 2025 after having rejected the possibility of leaving for Real Madrid, the group seeks to repeat history. For all this, Paris Saint-Germain (PSG) remains the best option to win the 2022-23 French League. The Total Bet Fee

for your expected trump is 1.10. LaLiga: who would reach the final of the Spanish tournament?

The Spanish tournament will start this August 12 and will continue until Sunday June 4 of the following year. As in previous seasons, the competition will have a single group made up of twenty clubs from all over Spain. In addition, the twenty teams will face each other twice, once in their own field and another in the opposite field, adding a total of 38 days. Let us remember that in the last edition of LaLiga, the real Madrid he was proclaimed champion, achieving his 35th league title on matchday 34. Among his achievements of the season, he consecrated himself with the biggest win as home team with 6 goals against Levante in the match of May 12, 2022. They also maintained a

good winning streak with 7 games and an outstanding performance by Karim Benzema, who with 27 goals was the top scorer of the season. For his part, the

Barcelona He competed with an undefeated streak of 15 games during the last day. And it is that in his ranks he had Memphis Depay, the Dutch striker who shone with a total of 12 goals in the 2021-22 LaLiga. With such background, Real Madrid and Barcelona are emerging as finalist teams for the latest edition of LaLiga. The

Serie A: these are the favorites of the Italian championship The Italian tournament will start this August 13 and will end on June 4 of the following year with a total of 20 participating teams. An interesting fact is that, in this season, like the previous one, an asymmetric calendar will be used; that is, the order of the matches in the first round will not coincide with that of the second.

Let us remember that the champion of the last season wasAC Milan and will seek to defend his title on August 14 by hosting Udinese at the San Siro. For its part, Sassuolo will visit Juventus on this 1st matchday and Inter Milan will visit Lecce. Inter de Milan

, the main candidate in Serie A, has strengthened its squad with the additions of goalkeeper André Onana, veteran Henrikh Mkhitaryan and the return of Romelu Lukaku as striker. In the meantime,

Juventus He is also emerging as one of the main candidates with 34 titles to his credit and the signing of Dusan Vlahovic The Serie A matches already have a date and one of the most anticipated is between Juventus and Inter Milan, which will take place on matchday 13 (November 6, 2022 in Turin) and on matchday 27 (March 19, 2023). at San Siro).

Tags: for possible champions they are 2.75, sports bets, in the case of "los negriazules"; and 2.87 if the victory goes to the "Vecchia Signora".
It will create a regularization committee for Salvadoran soccer
His future would be in French football, they assure from Spain
“Did they fire him again? it is difficult to follow him because it happens every time”
FOOTBALL 3177