The Match 2022: Tom Brady and Aaron Rodgers will play on the same golf team against Patrick Mahomes and Josh Allen 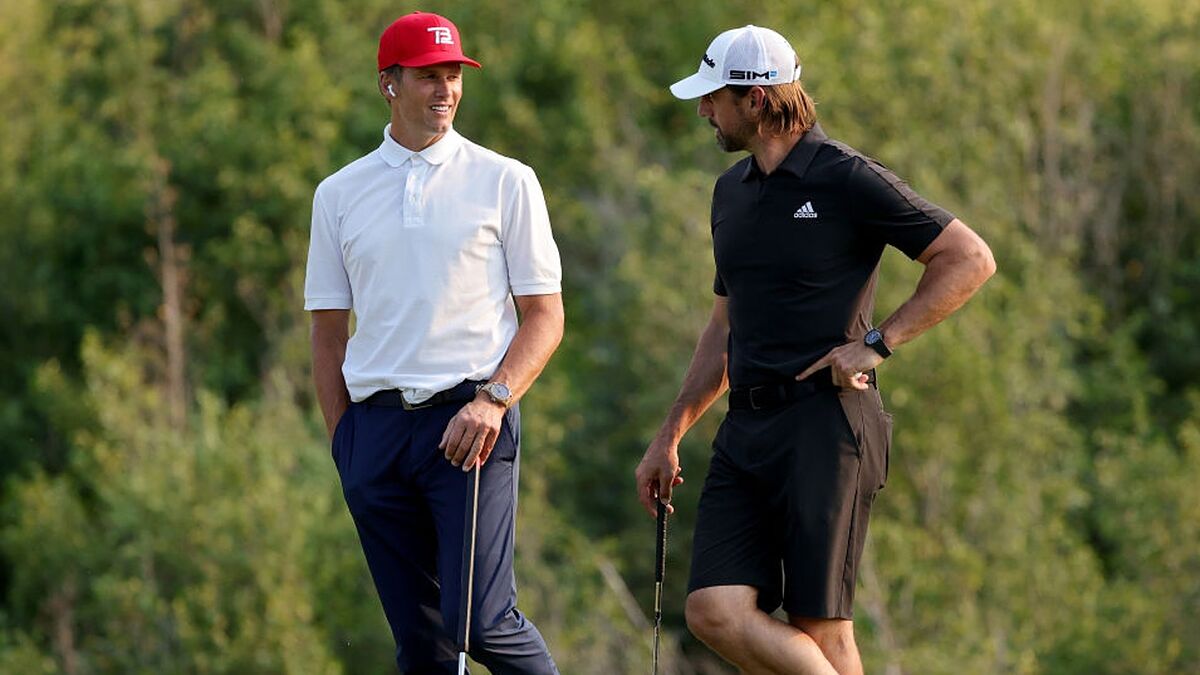 The Match 3.0 be a duel between pure NFL quarterbacks. Tom Brady, after losing the first two editions, he will join his executioner from the last e

The Match 3.0 be a duel between pure NFL quarterbacks. Tom Brady, after losing the first two editions, he will join his executioner from the last edition, Aaron Rodgersto face the two young promises of the American Conference, Patrick Mahomes and Josh Allen.

be a round of 12 holes at Wynn Golf Club Las Vegas on June 1 at 6:30 PM Eastern Time in the United States.

Brady has participated twice before, losing both times to Phil Mickelson. In 2020 they fell to Peyton Manning and Tiger Woods, and to Aaron Rodgers and Bryson DeChambeau in 2021.

Allen has the least golf experience, with his only appearance being in the Pebble Beach Pro-Am the previous year, where he didn’t make the cut. his partner, Mahomes may be the best golfer of the four, with a handicap of 7.7

“We wanted it to be a tag team wrestling match.but the lawyers told us that our contracts forbid it. Let’s break their butts @AaronRodgers12″, Brady posted on his Twitter account.

What is The Match, the charity golf tournament where Tom Brady plays?

The Match is a charity round of golf that began in 2018 between Tiger Woods and Phil Mickelson, but that increased in popularity during the pandemic, when both golfers teamed up with Tom Brady and Peyton Manning and respectively, with victory for Tiger and Peyton.

In November 2020 the third edition was held, between Michaelson partnered with the NBA Hall of Fame, charles barkley, who defeated Stephen Curry and Peyton Manning.

The fourth edition was in July 2021. Mickelson and Brady lost again, this time against Bryson DeChambeau and Aaron Rodgers. The fifth and last measured DeChambeaubeing defeated by Brooks Koepka.

The format is a game of ‘Skins’ and in pairs. The first editions they alternated shots and the player of the duo who made the tee shot. In the last editions, both players from each team hit off the tee and the best positioned was the one that was still in play. The pair with the fewest points at the end of each hole wins one point and the winner is the one with the most points after playing all the holes.

The main attraction of The Match results in the conversations and jokes between the players, but also with the commentators and special guests.

Tags: Claro-mx/other-sports/golf
Abraham Ancer confirms his departure from the PGA Tour and to be the first Mexican in the LIV Golf Series
Charl Schwartzel wins the biggest purse in golf history
Shaken in professional golf: Dustin Johnson, Mickelson and Sergio Garcia resign from the PGA Tour
GOLF 1253

Loading...
Newer Post
Create your own Google avatar for the NBA PlayOffs from the Google Pixel
Older Post
He gives himself to all tastes: the eccentric life of Max Verstappen outside of Formula 1