The ‘Mendes’ of women’s football lands in Spain: A&V S … 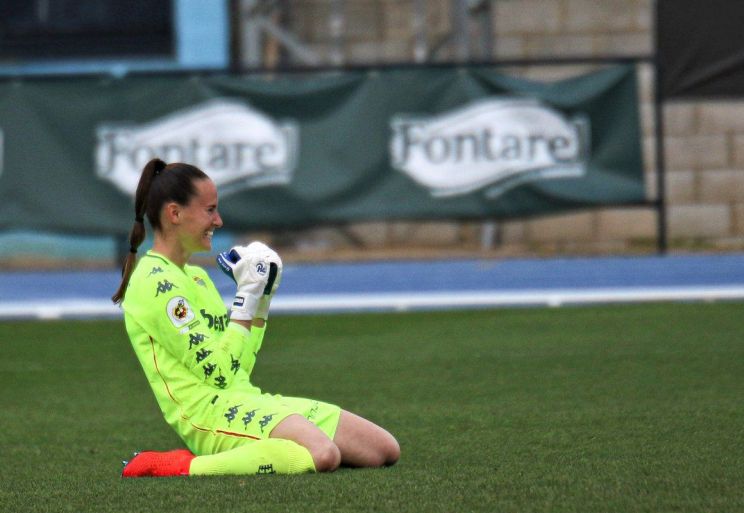 The professionalization of women’s football will go beyond the improvement in the working conditions of the players and the change in the management of the First Division. One of the first evidences of this step forward of futfem is the storm of agents and intermediaries that are coming to do business with the clubs and their represented. Well, one of the most important agencies in the world in women’s football has just landed in Spain. A&V Sports Group, which represents, among others, the golden ball in 2018, Ada Hegerberg, has created a subsidiary in the country, as 2Playbook has learned.

One of the first operations that the agency closed after the incorporation of the company also had a relationship with Real Madrid, the great promoter of the summer market at Primera Iberdrola. French goalkeeper Méline Gérard leaves Real Betis to join the white ranks from 2021-2022.

The nationality of the goalkeeper is no coincidence, since the agency comes from the neighboring country, one of the most powerful markets in women’s football, with the presence of two futfem transatlantic players such as Paris Saint-Germain (PSG) and Olympique de Lyon , and quarry of a large number of players.

With offices in France and the US, two of the great markets of women’s football, A&V Sports plans to grow in the professionalized First Division

Another of those represented, Spanish in this case, also plays in the French league. Is about Damaris Egurrola, the Basque soccer player who, after growing up at Athletic Club, decided to leave last summer for Everton FC, where, after half a season, she returned to pack her bags for Lyon.

The creation of a specific subsidiary in Spain suggests that A&V Sports plans to grow in Spanish football once the professionalization of the Women’s First Division was approved. With offices in Paris and Miami, the agency was born just three years ago by Alan Naigeon and Victor Bernard. The first of them will be the sole administrator of the Spanish subsidiary.

These two businessmen bet on specializing in women’s football and captured Hegerberg, who plays for Olympique de Lyon and was awarded the Ballon d’Or in 2018. A bursting start that prompted them to bring together more than 30 footballers in this short period from 13 different countries. Several of them are big stars, like Kadeisha Buchanan, Caitlin Foord or Jess Fishlock

The ‘futfem’, a melon to be opened in the transfer payment

The arrival of this super agency to the Ellas League occurs at a time of great changes and renewed projects of LaLiga clubs that want to promote their women’s soccer teams. However, the data does not deceive and the percentage of transfers that carry money per transfer is still very small. Among the slightly more than 1,000 transfers of footballers in the last season without a pandemic (2019-2020), they barely moved one million euros, according to data from the Global Transfer Market report, prepared by Fifa.

The Premier and the Chinese league were the great cheerleaders of the transfer market that, in which only 36 signings with money were signed and a clear excess of temporality was evident. Spain, that yes, doubled in registrations to the rest of countries, with up to 133 incorporations.

The top-5 transfers accounted for 75% of the business volume from transfers. And among them, he highlighted Chelsea FC’s bet on the Danish Pernille Harder, for which it paid 350,000 euros to German Wolfsburg.

Therefore, the futfem buying and selling market is a melon to open, since, for now, the clubs hardly receive any money; the way to attract big stars in Spain is to offer a better salary to the footballer and wait for them to be released, if the team that owns their file does not give in first.

This summer, while waiting for urgent news about the management of Primera Iberdrola by the clubs that make it up, and the income they are capable of generating with the marketing of the naming right -the joint sale of television will take carried out later-, 86 players have been signed in the First Division, of which 33% (28) are international, according to data from the specialized outlet Futboleras. 41% are also under-23, which shows the interest in signing young talents by elite clubs.

Another relevant piece of information is the huge market that exists in the Second Division, called Reto Iberdrola, where its teams have already recruited 206 players with the aim of reaching the professional league.