On Friday at CePARD, Alejandro Silva will face Maicon Sommariva and will put his super welterweight title on the

On Friday at CePARD, Alejandro Silva will face Maicon Sommariva and will put his super welterweight title on the line for the fourth time. Also, WBA light fly world champion Yésica Bopp, who is El Cuervo’s wife, returns to the ring after two years.

This Thursday, at the Julio Cesar de Posadas hotel, the boxers who will be fighting this Friday at CePARD were weighed, where the main fight will be carried out by missionary Alejandro Silva, who will defend his FAB super welterweight title for the fourth time. this time against Maico Sommariva.

The current Argentine champion, Alejandro Silva, passed the weigh-in and on the scale reached 69,300 kg and his rival the challenger Maico Sommariva could also pass it but at the limit of the category since his weight on the scale was 69,800 kg.

Silva and Sommariva face to face.

The WBA light flyweight world champion, Yésica “La Tuti” Bopp, who is Silva’s partner and will get into a ring after two and a half years of inactivity, will also fight again, her last participation was in June 2019 where she defended with Success your WBA title. This time he will face Juliana Basualdo at 6 rounds.

The semi-star combat will be carried out by Jonathan Sánchez and Omar Díaz, both of whom fought long ago with Silva and lost. Until now, the unknown regarding the weighing remains, since Sánchez gave a weighing of 72,500 kg (within the weight) and his opponent Díaz gave a weigh-in of 76,200 kg, he passed 200 grams and will be evaluated again in two hours .

The belt of «El Cuervo» Silva.

In the super bantamweight division, Agustín “El Principito” Vergara (2-0, 2 KOs) weighed 57 kg and will collide with Luis Pérez who on the scale reached 56,500 kg, at four rounds.

Various authorities were present at the weigh-in ceremony, including the minister of sports, Hector Corti, “for us it is a great pleasure to have this evening, it is something unique. To those of us who like boxing, I want to tell you that tomorrow we will have the presence of many boxing schools in the province. In addition, it is a pleasure to have our missionary defending the title here in his land with his family and his people ”. The Minister of Tourism, José María Arrúa, also accompanied.

Look at the gallery of the weigh-in: 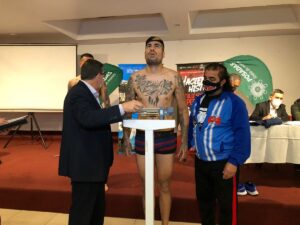 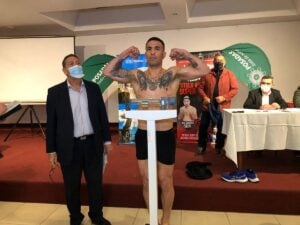 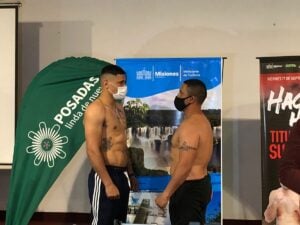 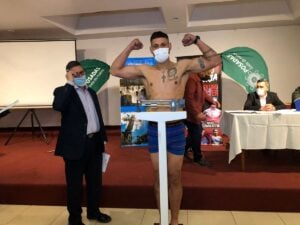 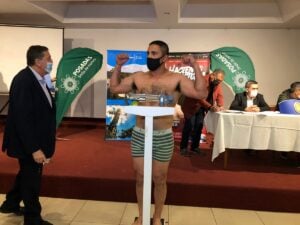 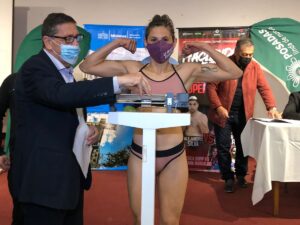 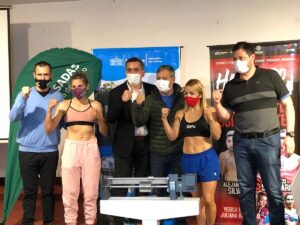 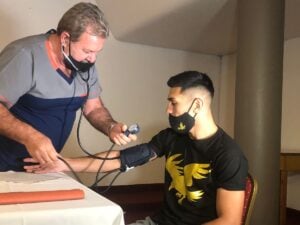 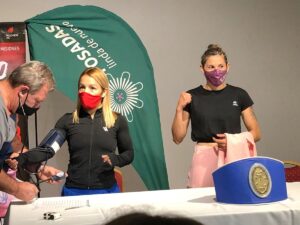 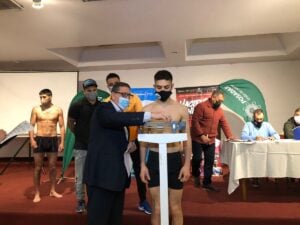 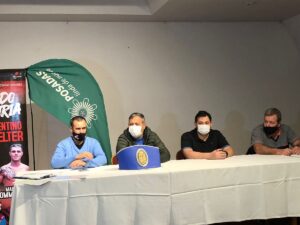 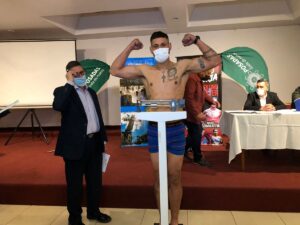 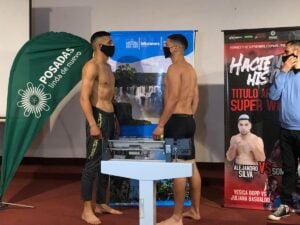 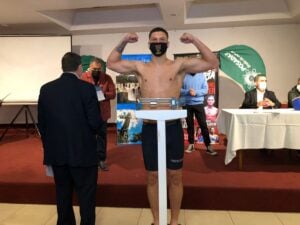 Loading...
Newer Post
Vettel will continue with Aston Martin in 2022
Older Post
Carlitos Tevez returned to playing soccer in Fuerte Apache, and the next day he continued with golf