The MLS notice to world football: “We are going to compete with Europe” 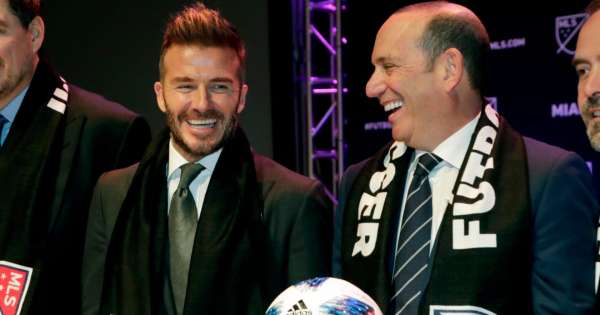 The MLS has shown the world of soccer that it has been experiencing exponential growth in recent years. Don Garber, commissioner of the league, ha

The MLS has shown the world of soccer that it has been experiencing exponential growth in recent years. Don Garber, commissioner of the league, has referred to the great development that US soccer has been having in the presentation of the Leagues Cup and has assured that Major League Soccer is preparing to compete on an equal footing with Europe.

Don Garber, commissioner of the MLS, together with Mikel Arriola, president of LigaMX.

The MLS and the Mexican Soccer League have joined forces in order to compete with the great powers of world soccer. Leagues Cup, a tournament that has the participation of the 18 teams from LigaMX and the 28 from Major League Soccer is clear proof of the bond that has been formed between the two entities.

See more: A history of Barcelona: “Let them tell me things to my face”

“This country has woken up to the sport and the rest of the world has noticed. FIFA has and so has CONCACAF,” Garber explained at the start of his speech.

Along the same lines, the MLS commissioner spoke of the investment the league is making and highlighted the work of Liga MX: “This is due to the sheer size of our country and the investment made in player development, The future will be bright, our team will improve, MLS will be better, Liga MX will be better, and our dream is for our region to be competitive with Europe and South America.”

“We have to unite to win more fans together and also business units. I could not think of a better partner to achieve this than Liga MX,” Garber concluded, hinting that the alliance between the leagues has not found its ceiling.

The MLS and Liga MX once again show that unity is the path they have chosen to position themselves among the elite of world football. To the renowned Champions League of the CONCACAF, bet again on this society in the Leagues Cup, with the clear objective of surpassing European football.

See more: The MLS wants an Argentine jewel who plays in the Bundesliga

Tags: Major League Soccer, MLS
The signing presented as CR7 in the MLS
His son debuted in professional soccer in the United States
Gianluigi Buffon flirts with being a reinforcement of the Mexican Soccer team
FOOTBALL 2713