The MLS, still far from the NFL, MLB and NBA in the United States 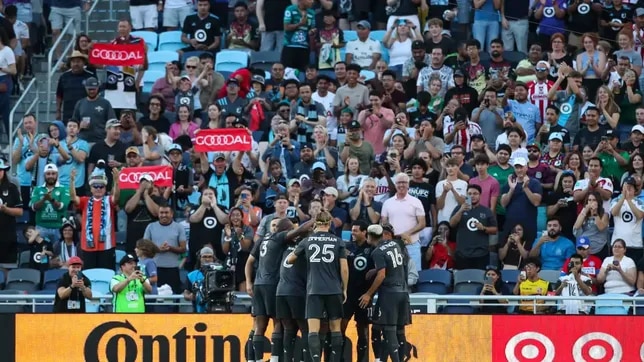 The MLS continues to grow by leaps and bounds in the United States, however, despite the high expectations of becoming one of the best in the North

The MLS continues to grow by leaps and bounds in the United States, however, despite the high expectations of becoming one of the best in the North American country, the reality is that it is still off the map and does not compete against other sports leagues. .

A Sports Betting New York survey revealed the most popular team in each of the states and did so taking into account all the teams in the country’s leagues: MLS, NBA, NFL, MLB and NHL. No club from the United States soccer league appeared on that list, which dominated the NFL.

YOU MAY ALSO BE INTERESTED: Yunus Musah shines in LaLiga against Gregg Berhalter

Once again, the NFL once again showed itself to be the most dominant of the major leagues in the United States. In 26 states, a team from that league was the most popular. It is followed by the MLB with 13 states and finally the NBA with 10. The NHL managed to get a team into one state: Vegas Golden Knights, in Nevada.

The growth of MLS in the United States

Despite the fact that no MLS team is dominant in any of the states, another survey had revealed that the soccer league was the fourth most popular in the country, still below the NFL, MLB and the NBA, although surpassing the NHL in that line.

The construction of stadiums, great personalities among which David Beckham stands out, footballers of the stature of Gonzalo Higuaín, Gareth Bale, Lorenzo Insigne, Carlos Vela, Riqui Puig, Javier ‘Chicharito’ Hernández, to mention only some of the figures who are in the league, they have made people more interested in soccer.

Although the figures do not lie, Don Garber, commissioner of the MLS, and Gianni Infantino, president of FIFA, are still fully confident that by 2026, the year in which the Soccer World Cup will arrive in the United States, football is one of the predominant sports in the country.

Loading...
Newer Post
Michael Morales gave an MMA seminar in Guayaquil and announced that the Entram Gym coach is coming to Ecuador to look for talents | Other Sports | Sports
Older Post
NFL 2022: Jason Peters signs with the Cowboys to strengthen their offensive line