The most expensive soccer players in the world 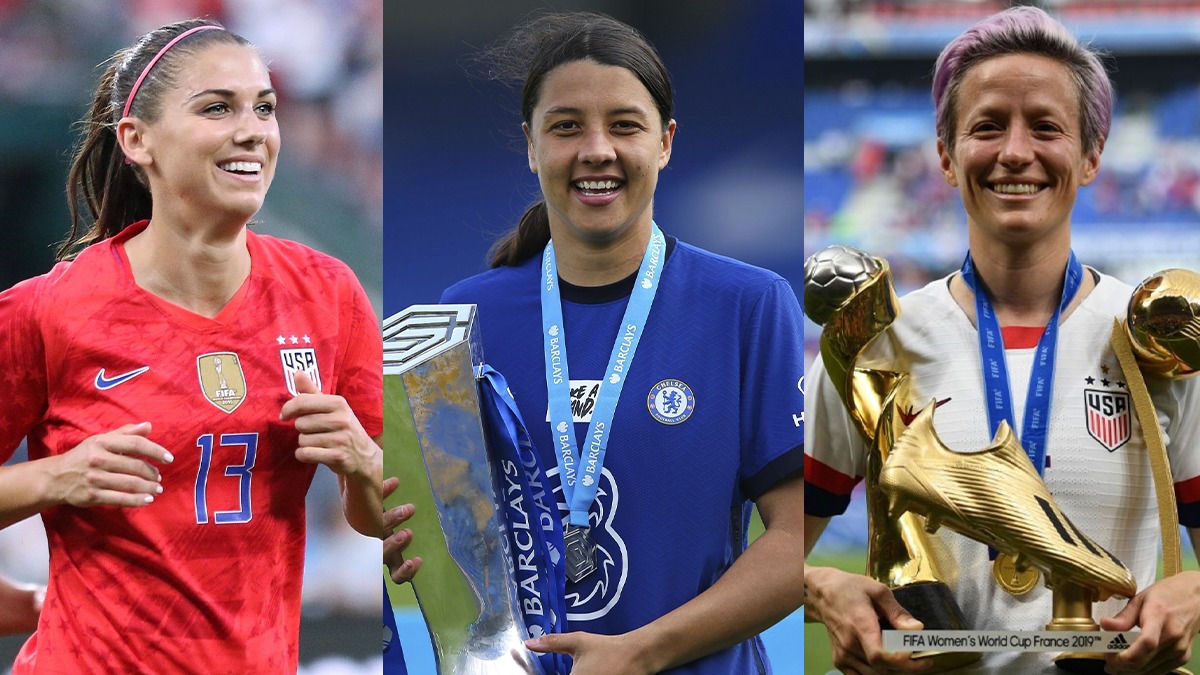 From English, German and French clubs, many top-level names pass through, valued for their talent, experience and titles won. Meet the list of th

The most expensive soccer players in the world

From English, German and French clubs, many top-level names pass through, valued for their talent, experience and titles won. Meet the list of the best paid soccer players worldwide.

Football played by women currently has a space that was not thought of a few years ago. Massive attendances in the stadiums, players who quickly reach the hearts of the fans due to their talent and others who have shone with their own light and have the badge of ‘cracks’. In this list we will review the soccer players with the highest salaries today and the clubs where they play.

Names like Sam Kerr, Megan Rapinoe, Alex Morgan, are part of a prestigious list, where the value of their sports chips is completely consistent with their sports present, taking into account that there are some names that even with great experience and age, they continue to play at the best level they can offer.

The current player of the Orlando Pride, team from the United States, ranks fifth in the most expensive players in women’s soccer, with an annual earnings of 373,000 euros. A figure that for many players in leagues in other parts of the world, would be a dream. In her career she defended the colors of teams from her country, Europe and the United States.

The player from Norway is considered one of the strongest Europeans in world football. Her name will forever go down in football history as she was the first woman to receive the Ballon d’Or, from France Football magazine, for the women’s category. Her annual salary is around 396,000 euros, wearing the colors of Olympique de Lyon, from France.

Rapinoe’s career shines on and off the pitch, considered one of the spokespersons for female soccer players globally. In her career, she has managed to play in Australia, the United States, France, among other leagues that have been able to count on Megan’s brilliance. With an annual salary of 417,000 euros, she ranks last on the podium, which she shares with her compatriot Ella Morgan de Ella and the Australian Kerr.

With an annual salary of 420,000 euros a year, she is one of the living legends of women’s football. Morgan is a benchmark in soccer in the United States, a world power that has been able to count on a player who made a career in her country, considered the best of the local rental on several occasions. In 2016 she played for Olympique de Marseille and in 2020 with Tottenham from England. She is twice world champion with the United States in the senior category, once in the sub-20 category and gold medalist at the 2012 Rio Olympics.

At 28, she is considered one of the best in the world and, in turn, the best paid. She has a long career in soccer in the United States, Australia and currently in the powerful Chelsea in England. Her participation in the Australian National Team is current and she is one of the great references of her country. The annual salary of the soccer player who has scored 131 goals in her career is 513,000 euros