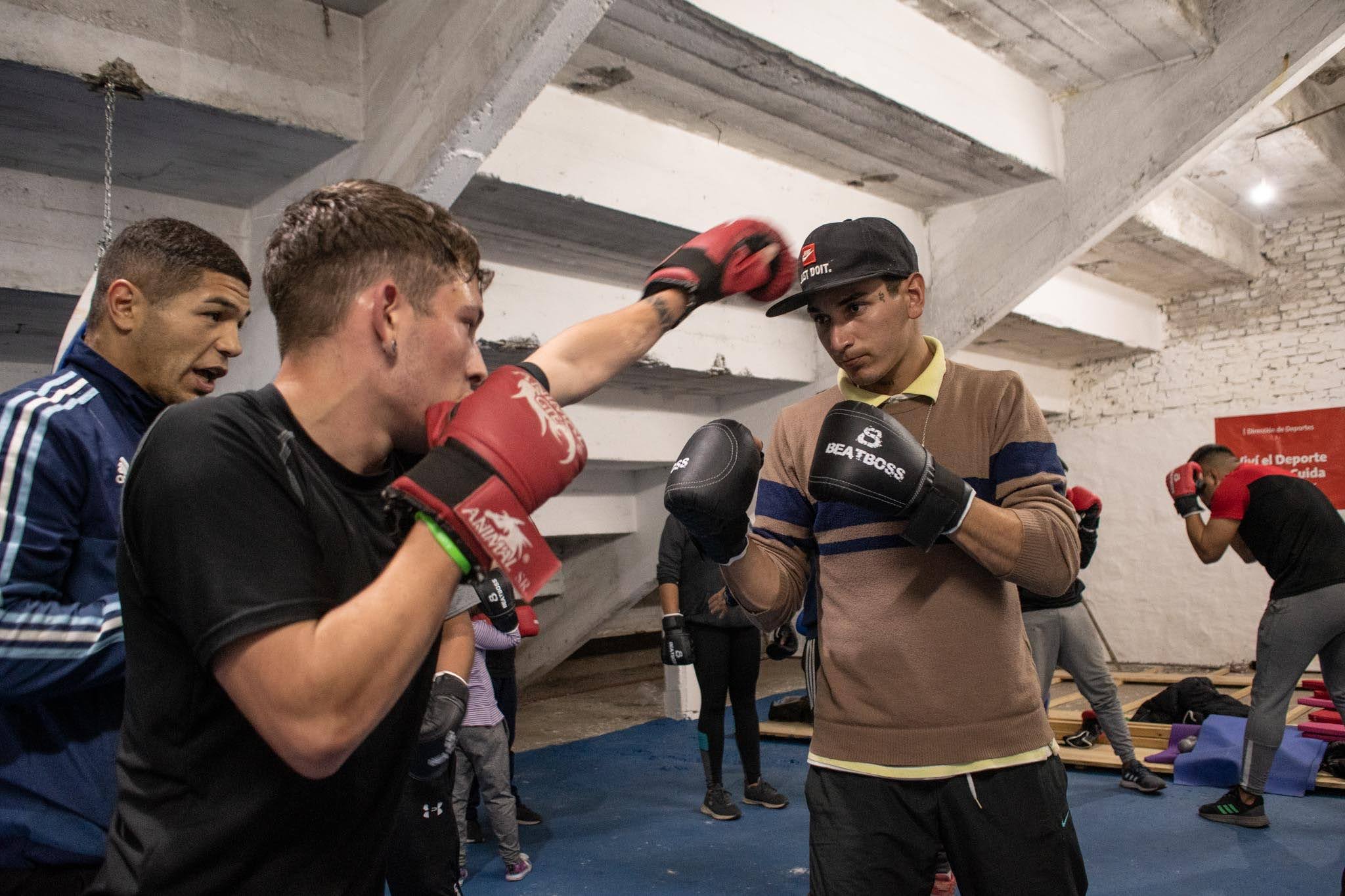 The afternoon was quite cool in Luján, although that did not stop a handful of kids who came to the Municipal Sports Field. It has been a week sin

The afternoon was quite cool in Luján, although that did not stop a handful of kids who came to the Municipal Sports Field. It has been a week since Sebastián La Promesa Papeschi began with his classes at the municipal boxing school, and he teaches hand in hand to those who want to join.

Wednesday’s training was for those under 18, although older people also have their space every Tuesday and Thursday. The doors of the gymnasium, which works under the municipal tribune, were opened waiting for more kids. Two girls joined that arrival who heard somewhere that Sebastián Papeschi himself was going to teach them how to box.

The initiative to have a municipal school is very good. A totally free space, where each person who arrives is also provided with the necessary elements to practice the sport. Not to mention the history of that place. Great exponents of boxing such as Víctor Hugo Galíndez and Chino Maidana passed through there, who made a promise to the virgin and trained for a month in the old gym, before a very important fight.

«This is something historical, it could not be that it was closed. When I was a little boy who started boxing, this was already open and I saw people like Burgos, Bachi Feliche, Pablo Flintstone Petraglia train here. Everything that was heard about boxing at one point first started here, ”recalled the boxer from the city.

Thanks to the work of the municipality, they brought life back to a space that had been abandoned. They hung bags, they are finishing a ring and, with a little paint, lights and a lot of desire, a place was inaugurated that, at the moment, houses about a hundred kids from different neighborhoods of Luján.

«This is something very nice, because we can get the kids off the street. An hour or two hours here is time when they are not on the street. In Luján there are many eager kids and I would like to train them as competitors », commented La Promesa, while she arranged the gloves for her students to make the first movements. 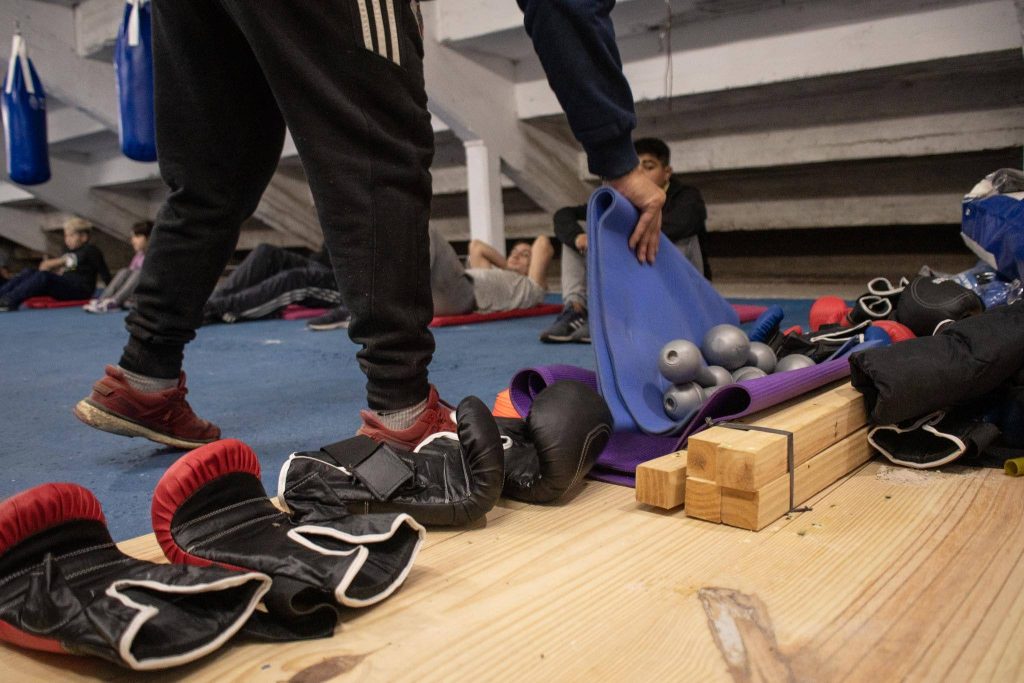 Sebastian knows about sacrifices. He knows what it’s like to leave a neighborhood and have to make your way. At the beginning of it Sebastián traveled to the Capital, to the Boxing Federation, to train. Getting to where he is today was not easy, that is why he recognizes that this municipal school is a great tool for boys and girls.

«It cost me a lot because at that time in all the gyms a fee was paid and when you are a kid if your old man or your old woman is not there to accompany you and give you the handle it is impossible to train or start in boxing. Thank God today this is free and the kids do not have the need to invest money every month, as at one point it happened to me, “he said.

The class began to pick up pace and the first right cross felt in the bag. “You have to set foot here, profile yourself well,” Papeschi marked one of the kids who did not stop looking at him and who undoubtedly dreams of one day becoming a great athlete, such as Sebastián. 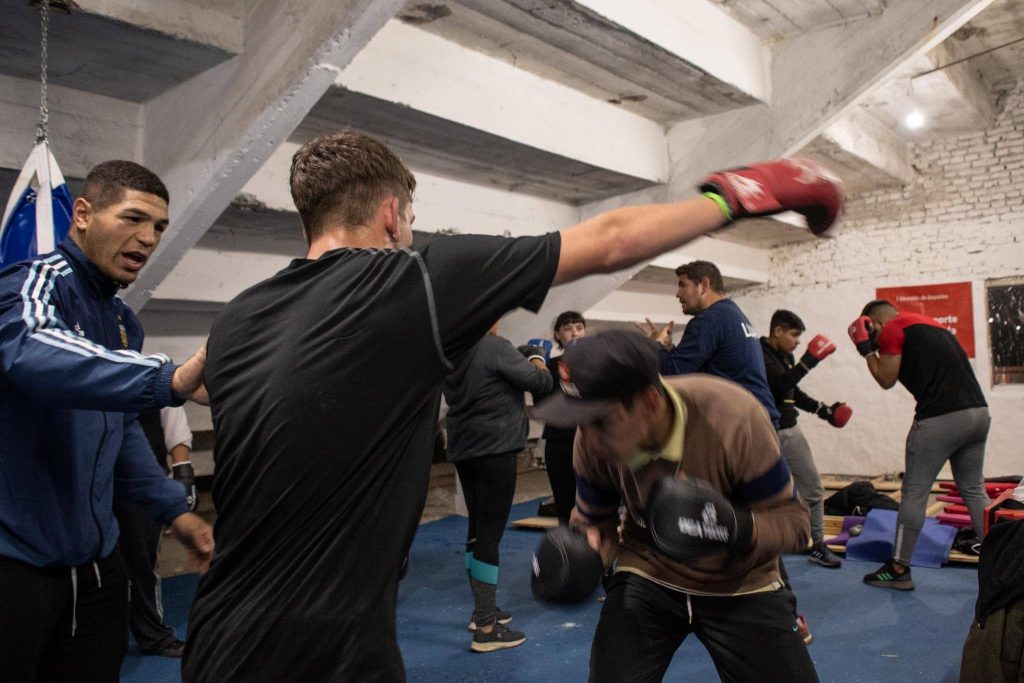 There is something for all tastes and also, before coming into contact with the gloves, the bag, with the mouthpiece, exercising the middle area, getting a good warm-up is also essential. “The idea is to be able to teach them the ABC of boxing and try not to get hold of some tricks, which are later very difficult to polish,” commented the boxer while throwing a pair of hands and trying to show the technique to a little boy who, with his heavy hand makes the bag feel rigorous.

The classes continue and the long-term project is, at some point, to hold exhibitions or bring great exponents of the sport to offer a clinic. Also, he hopes to take the space to the next level and that little by little it intermingles with the competition. Tomorrow, why not, new Papeschis will be seen in local boxing.