The Municipality of Comodoro honored “Maravilla” at the Boxing Festival 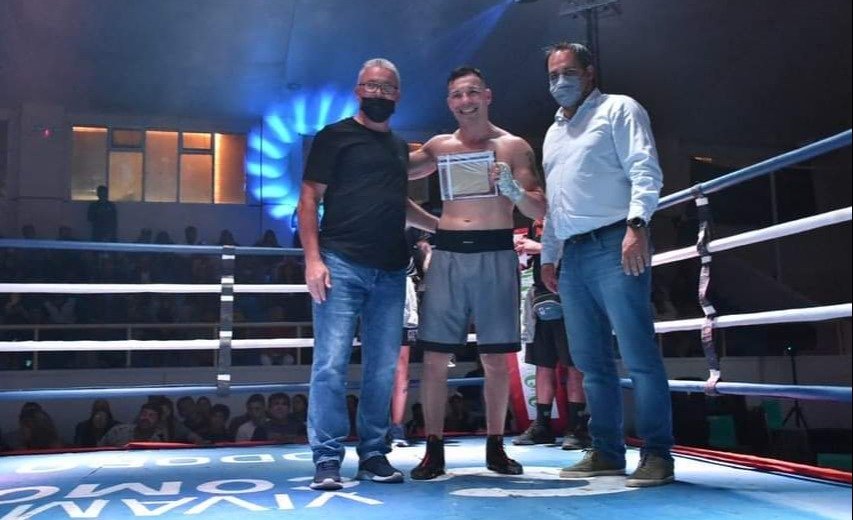 The former world champion boxer, Sergio "Maravilla" Martínez, appeared yesterday at the municipal gymnasium No. 1, where the "Noche

Prior to the fights, the Secretary of Government, Maximiliano Sampaoli, together with the president of the Commodore Sports Entity, Hernán Martínez, recognized the boxer with a present for his outstanding sports career.

In addition, they delivered a present to the historic boxing referee of our city, Julio Riquelme.

In this context, the president of Comodoro Deportes, Hernán Martínez, rescued “his humility to get into the ring, to make this exhibition and that our professionals can have the experience of ‘gloving’ with a world champion.”

The objective of bringing renowned personalities to the Municipality is “to begin to position Comodoro as a city of important events in the region and of relevant sports activities,” explained Martínez.

“This line is being worked on because we have been accompanying the institutions, generating the necessary infrastructure and trained human resources to be able to carry out these events,” he said.

Tags: boxing, festival, municipality
Mike Tyson confessed what his biggest and toughest fights were
BOXING, Nico Ali Walsh: the knockout of Muhammad Ali’s grandson that everyone is talking about | VIRAL
The lucrative business of boxing exhibition fights
BOXING 4250