The NBA already has its new ‘Cup’ 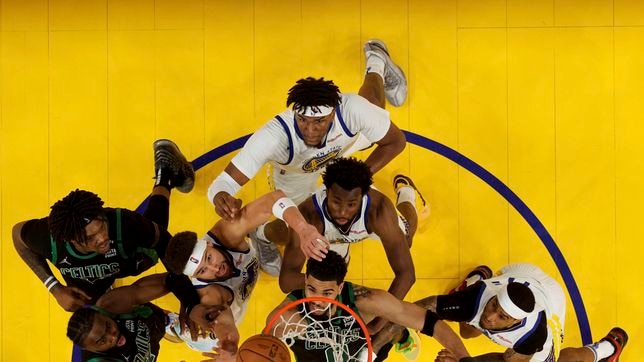 It has long seemed inevitable that the NBA add a second competition, a parallel tournament with KO Es matches, and he himself has taken it upon him

It has long seemed inevitable that the NBA add a second competition, a parallel tournament with KO Es matches, and he himself has taken it upon himself to repeat it publicly, a personal effort by Commissioner Adam Silver, whose management remains focused on squeezing the months of regular season, to ensure that there are more relevant matches and with more things at stake without drastically reducing the number of dates. A tournament with a format similar to the European Cups, and with some of the explosive instability that makes university March Madness a social phenomenon in the United States, has been years in the making and has already been rehearsed in the women’s professional league, the WNBA. Despite the fact that there are those who do not see it clearly because they understand that in the American mentality there is no room for second competitions in the sport: it is played for the championship ring. And nothing more.

In February, Silver acknowledged that we were getting closer to having that second tournament on the annual NBA schedule. Now, Shams Charania (The Athletic) announces that it definitely seems very likely that the first edition will arrive in the 2023-24 season. The format, the great subject of debate so far, will be based on games that will be played in November (Cup Games) and that (as is the case with the WNBA) will add up to the standard classification of the regular season but will also qualify for the final phase. of this second competition. The eight that finish first after the dispute of these duels will play in December a final phase, a Top-8 with an elimination match. The idea is that only the two finalists play an extra game beyond the 82 that are already played now in the regular season because the first three rounds of the Final Cup (eighth, quarter, semi-final) will also count for the classification that leads to the 2024 playoffs.

Details remain to be ironed out, including the crucial matter of what prizes the teams qualified for the final phase will receive and how much they will add to those amounts as rounds go by. But the framework is already almost completely defined. An agreement that tries to maintain the balance in the calendar so as not to meet with the refusal of the players union (NBPA) and that will have the challenge of making this new format attract the big televisions and have interest before generating its own pedigree and their narratives, something that by force requires editions to be stacked. For now, and for the general public, the NBA has the benefit of the doubt because, for example, another movement that was questioned and that disrupted the classic order of the regular phase has ended up being applauded by the majority: the introduction of the play in prior to the playoffs for the title.

Loading...
Newer Post
Ligue 1: Al-Khelaifi: “Some clubs have a debt of 1.8 billion, this is the danger for football”
Older Post
Before the Italian GP: this is the Formula 1 drivers’ and constructors’ championship