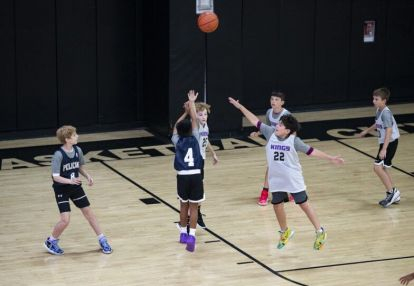 The NBA and the WNBA are committed to promoting basketball among the little ones. Thus, the professional basketball leagues have announce

The NBA and the WNBA are committed to promoting basketball among the little ones. Thus, the professional basketball leagues have announced the launch, in collaboration with RCX Sports, of the Jr.NBA Leagues, a national network of youth basketball leagues for girls between 6 and 14 years old. The championship will begin in November in 11 markets in the United States (USA) and will later make the jump to a national level.

Thus, the professional basketball leagues and the youth sports experiences company aim to promote and encourage all children, regardless of their race, gender and socioeconomic circumstances, to have access to the world of basketball. Jr.NBA League participants will have access to a suite of resources including training opportunities and basketball curricula designed to improve the effectiveness of the league, the game and on the court and development of players and coaches off the field. basketball court.

The participants of the Jr. NBA Leagues will represent NBA and WNBA teams in their home markets and in all leagues competing in official team-branded uniforms. This in turn will improve the experience of the participants, their families and friends around their local teams. This includes teams like the Philadelphia 76ers, Sacramento Kings, San Antonio Spurs, or Seattle Storm, among others.

“The youth basketball ecosystem has experienced unique challenges over the past two years and we are committed to addressing those challenges with programs like the Jr. NBA Leagues, which is the most expansive grassroots basketball initiative we have ever launched in the United States,” NBA Senior Vice President and Head of Youth Basketball Development David Krichavsky said.