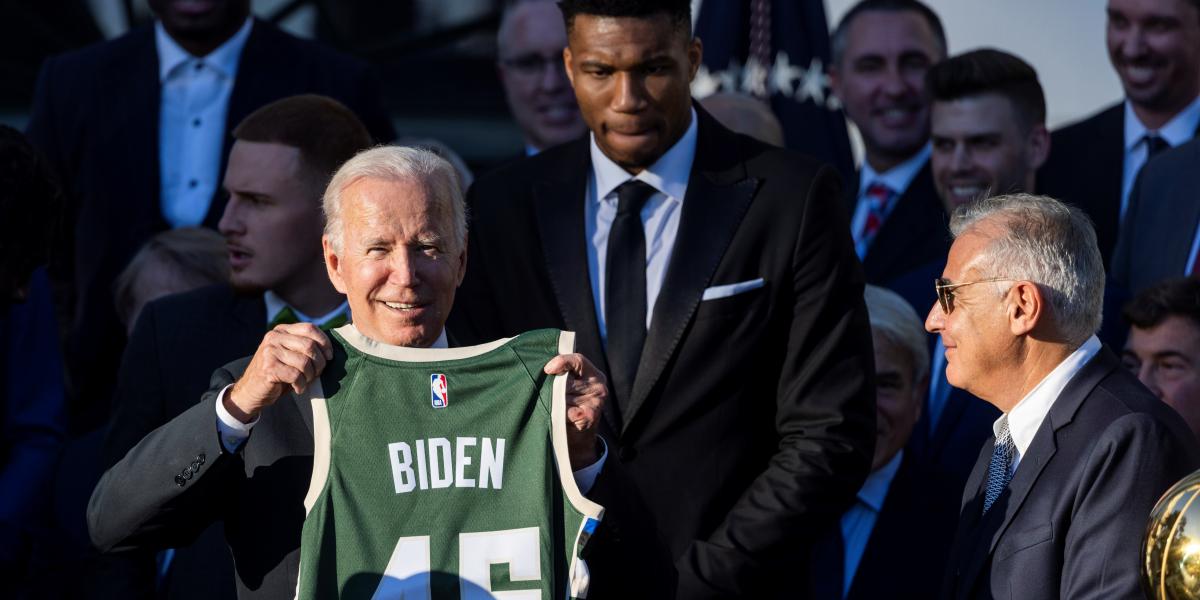 Has been leaving Donald trump from the White House and re-enter the NBA champions. The Milwaukee bucks they visited the president this Monday Joe biden, recovering a tradition that had died out during Trump’s term, since the last time the winner of the best league in the world visited the residence of the president of the United States was in 2016. That year, with the Republican leader already elected but Barack Obama Still in office, the Cleveland Cavaliers last followed a tradition that was ceased by Trump’s racist policies, sparking criticism from players like Stephen Curry and Lebron James. Faced with such reactions, the Republican president decided not to invite the NBA champions in the following years.

The Bucks’ visit this Monday took place in a festive atmosphere, with mutual appreciation between Biden and the players of the Wisconsin franchise, with Giannis Antetokounmpo to the head. The MVP was the main protagonist of the Bucks when giving a speech in which the Greek was seen excited. “Thank you very much President. I am very grateful for this opportunity, it is a clear example that with a lot of work you can accomplish many things in life, and this is one of the most amazing gifts, “said Antetokounmpo, who also had words of thanks for the families of the players and the fans of the Bucks and the NBA.” We are very excited. We appreciate the invitation, it is an honor and it is special, “said, for his part, the champion’s coach, Mike Budenholzer.

For his part, Joe Biden, also distributed praise to the Bucks, not only for their merits on the court, but also for his work outside of it, since the Wisconsin franchise decided to boycott in the play-offs last year the fifth game against Orlando Magic in protest against racism, due to the shooting of Jacob Blake from behind by a police officer in Wisconsin. Also, the Bucks offered in April vaccines to his fans.

“Last year, as a team, you positioned yourself in favor of justice and peace”, said the President of the United States. “You represent yourself, your families, your organization and a great American city, being true to who you are. You never gave up, you always believed. ‘Coach’ Bud, referring to Budenholzer, you got them to play as a team “, he highlighted Joe Biden.


NBA executives believe Darius Garland will be the MIP
NBA: NBA Market: Patty Mills joins the Nets to face the Lakers and DeRozan completes the Big Three of the Bulls
NBA: Doncic’s basket without playing: donates sneakers to 80 hospitalized children in Dallas
NBA 807