The NBA is among the leagues that move the most money, with US $ 66,050 million 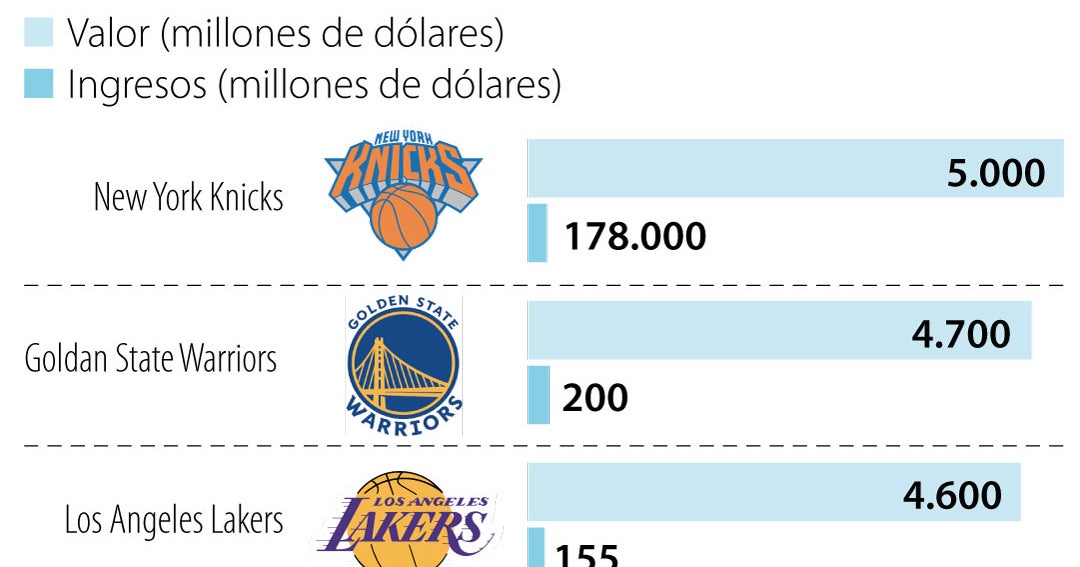 Until next Sunday, June 19, three of the seven National Basketball Association (NBA) finals will take place, between the Golden State Warriors

Until next Sunday, June 19, three of the seven National Basketball Association (NBA) finals will take place, between the Golden State Warriors and the Boston Celtics. So far four have been played, thus showing a tie of two games to two. Whoever gets the most matches dominated will be the winner of the competition.

The finals in which stars like Stephen Curry have shone, following in the footsteps of giants like Lebron James and Michael Jordan, have made this league one of the most attractive for fans and investors.

Today, the NBA is in the same group as other sports that generate hundreds of billions of dollars, such as the National Football League, the United States and Canadian Baseball League, and the Premier League.

Proof of its economic power is reflected in the value of the main teams in said competition, whose value amounts to US$66,050 million, in addition to revenues of US$1,860 million according to figures from Forbes with a cutoff at the end of last year. In that time frame, average team values ​​increased 4%, the smallest gain since 2010.

The list is led by the New York Knicks, whose estimated value is US$5 billion and revenue of US$178 billion, owned by Madison Square Garden Sports.

This is followed by the $4.7 billion Golden State Warriors, owned by Joe Lacob and Peter Guber, who in turn have seen nearly $200 million enter the team’s coffers.

According to the same American magazine, the average value of the equipment increased to $2.20 million, from $2.1 billion last year, an increase that ended a three-year drop in values ​​due to the economic consequences of the housing crisis. This scenario coincides with the increase in the value of baseball teams and follows the 7% gain of the NFL.

Tags: Communications, Transportation, Health
Cristiano becomes the top scorer in football history with 807 goals
The situation of Mercedes in F1 is not fun at all, afflicted the director of the team
G Lounge presented the first indoor golf school for players of any age
NBA 2869