The NBA teams that changed the most this ‘off season’ 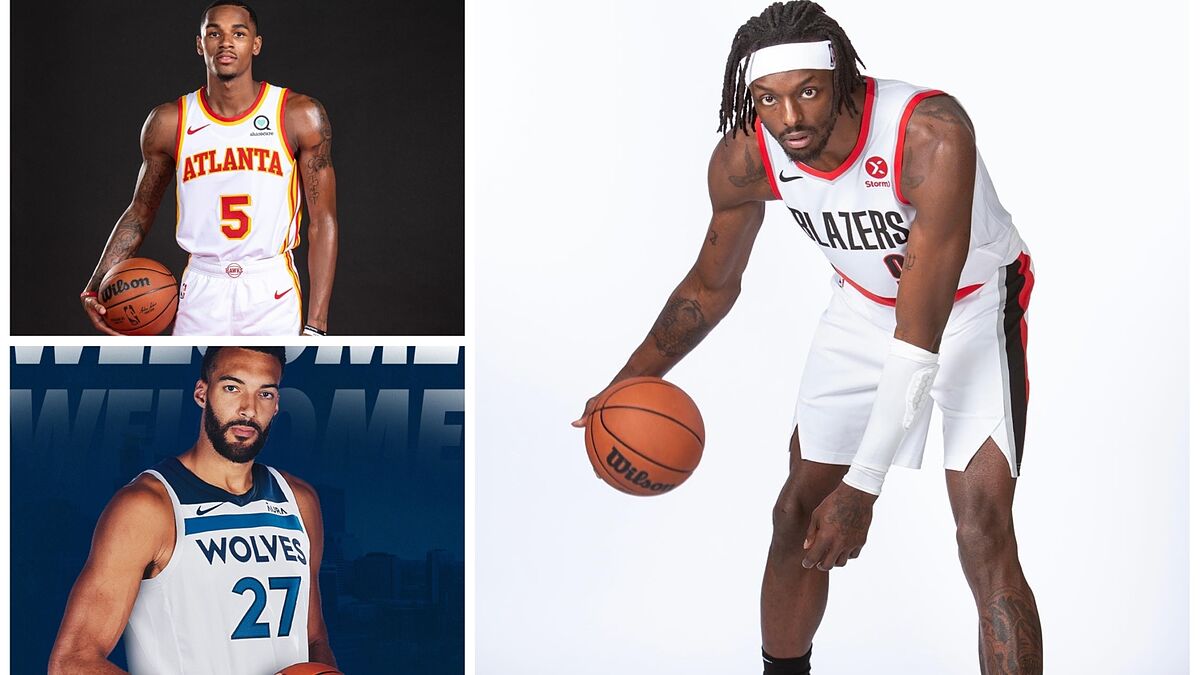 Lhe 2022-2023 season is getting closer. have already been announced the games that will be played at christmas and the opening match between Warri

The NBA teams that changed the most this ‘off season’

Lhe 2022-2023 season is getting closer. have already been announced the games that will be played at christmas and the opening match between Warriors and Lakers, which will be played on October 18. This ‘off season’ has been very busy in terms of trades between teams and free agency movements. All in order to improve the templates and be able to compete for the ring next season.

Being able to say which teams are going to be more effective in their trades and who are more likely to win now, is an endless debate. For this reason, for the ranking, information from Dunks and Threes’ and their win estimates for this season. But, it is still a statistical data, since this type of analysis is always subjective.

The teams that are going to have a significant upgrade, regardless of their trades, are: Los Angeles Clippers, Denver Nuggets and New Orleans Pelicans. Since this season, the Clippers will be able to count on Kawhi Leonard and Paul Georgewho despite playing last season, had several physical problems throughout the season. jamal murray to be part of the Nuggets ‘roster’ again, after missing all of last season due to an injury caused in the 2021 Playoffs, and Zion Williamsonwho also suffered physical problems during the 2021-2022 season.

Trail Blazer star Damian Lillard only appeared in 29 games last season. Due to an abdominal operation, caused by the player’s discomfort. Jusuf Nurkic by his side played only 56 games. The Blazers traded Norman Powell and Robert Covington to the Los Angeles Clippers and sent CJ McCollum to the New Orleans Pelicans before the February trade deadline.

This season, they hope to compete with the full team. Lillard, Gary Payton II, Simmons, Grant, and Nurkic. will be the quintet of the team that also has on the roster the presence of Josh Hart, Justise Winslow and Keon Johnson, among others.

Grant He is one of the players who arouses the most expectations in the fans. He after spending two years as an alpha scorer with the Detroit Pistons, where he averaged 20.9 points on 16.1 shots per game. He will now return to the role that he fulfilled in Oklahoma. Since the defenses will focus on Lillard as the first offensive option and that will give Grant more space to attack.

The free agency of the current NBA runners-up is exactly what Celtics fans ask for. They finally have a point guard they can trust and give them the ball to take care of distributing and creating plays. The role, which Kemba Walker was called to fulfill when they changed him from Charlotte.

Tatum, Brown, and Smart. The ‘Big 3’ of the Celtics. They now have a shipowner. He averages 18.9 points and 6.3 assists and provides a versatile defense. Lineups with him, Smart, Brown and Tatum on the floor will have a potentially unmatched combination of playmaking, shooting and switching ability on defense.

They only had to get rid of Daniel Theis, who was not a starter and now they have obtained Danilo Gallinari, who despite being 34 years old. He has been an excellent ‘role player’ throughout his career.

Brodgon, Smart, Brown, Tatum, and Robert Williams III. They are expected to be your starters. With Al Horford, Derrick White, Danilo Gallinari, Payton Pritchard and Grant Williams, among others, coming off the bench.

Atlanta Hawks has decided to bet on Dejonte Murray to be Trae Young’s partner, as the team’s two outsiders. Although they are both point guards, Young is recognized for his shooting and scoring ability from the jumper.

While Murray is an elite defender, perhaps the best at his position, his offense is more focused on drives to the rim. A couple that can complement each other very wellat least on paper it does, it remains to be seen what happens on the field.

Harkless, Kaminsky and the Holiday brothers are four very versatile players who fulfill their roles to perfection, despite none of them being a star, they are players who contribute to making the team better.

Murray, Young, Bodganovic, Collins, and Capela. They will probably be the starting five. While from the bench will come: Aaron Holiday, Justin Holiday, Lou Williams, Maurice Harkless, Frank Kaminsky and De’Andre Hunter, among others.

Despite not having made many changes, or having brought any stars. The 76ers have reinforced the team just enough to be more contenders than last year.

PJ Tucker, is a player who performs better in the Play Off than in the regular season. He is that player who does the dirty work that nobody wants to do and in defense he puts on his overalls and boots to do his job. His three-point shot from the corners is a huge threat. Without a doubt a great replacement for Danny Green, who had three rings in his last three franchises. Lakers, Raptors and Spurs, but he couldn’t do it in Philadelphia or Oklahoma, who were tanking that season.

Danuel House Jr and PJ Tucker are two old acquaintances of Daryl Moorey, the current ‘General Manager’ of the franchise, and James Harden, who had already been together in the Houston Rockets and now they meet again to try to go for the championship.

he 76ers starting quintet hopes to be: Maxey, Harden, Harris, PJ Tucker, and Joel Embiid. And from the bench will come: Shake Milton, Matisse Thybulle, De’Anthony Melton, George Niang and Danuel House Jr, among others.

One of the most controversial moves this free agency has been the trade between the Minnesota Timberwolves and the Utah Jazz. With which the Timberwolves took over the services of Rudy Gobert. The franchise of alex rodrguez try to go in the opposite direction of what the evolution in the NBA has been marking us.

Just as many now play with a ‘Small Ball’, Minnesota will try to make a ‘Big Ball’, with two posts in the starting lineup. Gobert playing in the paint, being the area in which three-time defender of the year winner, 2018, 2019 and 2021.

Karl Anthony Towns will be playing the Power Forward position. Taking advantage of his outside shot to open the rival defense and having the presence of both posts in the area painted for the defense.

Kyle Anderson, Bryn Forbes and Austin Rivers. They are very good players who can contribute things to the team in this experiment. But if one thing is certain, it is that the Timberwolves will have a very tough defense to beat and will play a slow game with slow transitions.

D’Angelo Russell, Anthony Edwards, Kyle Anderson, Karl Anthony Towns, and Rudy Gobert. They will be the starting five. While from the bench will come: Austin Rivers, Bryn Forbes, Jaden McDaniels, Taurean Prince, Eric Paschall and Greg Monroe, among others.

Tags: Los Angeles Clippers - USA Latino, Philadelphia 76ers - USA Latino, James Harden - USA Latino
The delicate situation of Enes Freedom: without offers in the NBA and without being able to return to Europe
NBA Finals: Celtics have a brilliant last quarter and beat Warriors in the third of the series
The NBA championship will cost the Boston Celtics 11 million in luxury taxes
NBA 3502

Loading...
Newer Post
Young man suffers from decompensation in a soccer match and is in serious condition
Older Post
A former F1 player analyzes Fernando’s departure from Alpine and his signing for Aston Martin