The Nets are a bottomless pit. 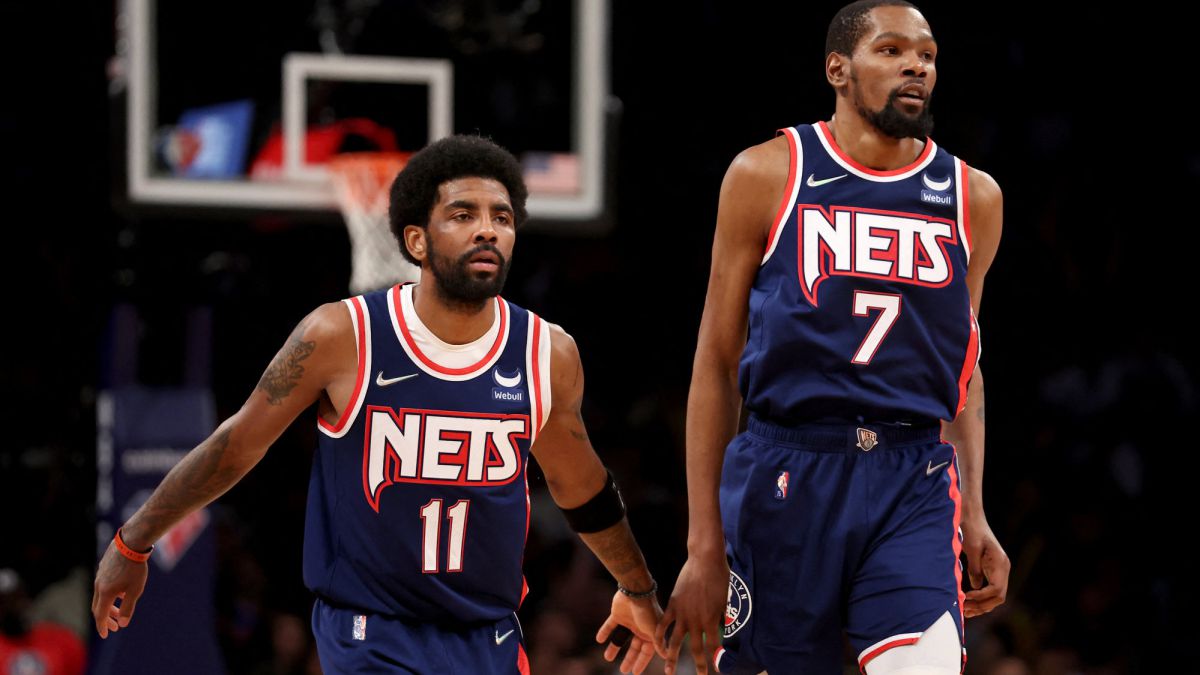 The 2021-22 Brooklyn Nets season has gone a disaster in sports ... and financially. Many times, one thing goes together with the other, especially

The 2021-22 Brooklyn Nets season has gone a disaster in sports … and financially. Many times, one thing goes together with the other, especially in projects as monumental like this one, a team called to be unstoppable and that ended up reaching the playoffs because of the cat flap play in and being there swept by the Celtics in the first round (4-0).

It is one of the great disappointments in the entire history of the NBA, a team marked by instability and problems: a knee injury to Kevin Durant, Kyrie Irving’s refusal to get vaccinated, their disagreements with a James Harden who ended up being traded to the Philadelphia 76ers, in exchange for a Ben Simmons… who did not play due to back problems that Now they have sent him to the operating room and whose management, in terms of communication, led to a media farce in the middle of the playoffs.

are already three years of the Durant/Irving project without a single step even by a conference final, a resounding failure, for now, even counting on the fact that Durant did not play in the entire first year after signing injured, after going through the operating room after the 2019 Finals, in which the Achilles tendon was still torn with the Warriors. The lack of sports impact has prevented the franchise from approaching, or even trying to, the historic and omnipresent Knicks in the New York market, and that despite the fact that their last season has also been a disaster. And the result, according to new york post, they are losses for the Nets and the Barclays Center in a range of “between 50 and 100 million dollars”.

There is always controversy with the assessment of losses in the NBA. Not usually included are the tax advantages that come from owning a professional franchise and from which you benefit, in this case, Joe Tsai, co-founder and vice president of Alibaba. The revaluation as an asset of the franchise itself is not taken into account: Tsai invested 2,350 million in a process (2017-19) that made him end up as the main owner. The Nets are now valued at $3.2 billion.

But it is clear that the situation can become unsustainable if the sports results do not arrive: the Nets spent this season on their staff 267 million. 169 in wages and almost 100 (about 98) in luxury tax which is paid when it exceeds (more if it is repeated in consecutive seasons) the salary capthe salary limit established to invest in player salaries. It is the highest figure with permission from the Warriors, who go to 346 million (176 in salaries and 170 in luxury tax). But the Warriors, in dizzying numbers, are at least in the second round of the playoffs and are heavily favored in their series against the Grizzlies (which is 1-1). The Nets didn’t even win a playoff game and were swept in the first round and rocked by off-the-field fuss.

NBA: NBA Market: Patty Mills joins the Nets to face the Lakers and DeRozan completes the Big Three of the Bulls
NBA: Pau Gasol participates in the largest capital increase in the history of women’s sports
NBA: Manu Ginbili, one step away from making history… once again: finalist to enter the Hall of Fame
NBA 2859