The new facet of McGregor away from the UFC 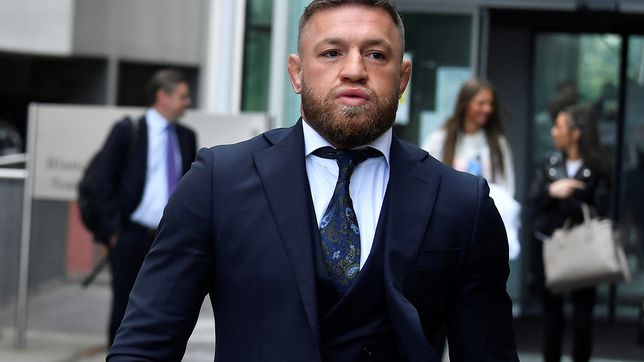 Conor McGregor has become one of the great figures in world sport. The UFC fighter is also one of the athletes who generates the most money per ye

Conor McGregor has become one of the great figures in world sport. The UFC fighter is also one of the athletes who generates the most money per year, rubbing shoulders with names like Cristiano Ronaldo and Leo Messi. A star in the UFC who has also stepped into the ring to fight Floyd Mayweather.

The Irishman has done everything, both in the world of sports and outside of it, where he has also established himself as an entrepreneur by founding his own whiskey, Proper No. Twelve, and several pubs located in his country. But now he is preparing for his debut in a new facet, that of an actor.

His premiere on the big screen

McGregor will surprise everyone beyond the small screen, in the cinema, where he has been confirmed as one of the interpreters of the Amazon Prime Video reinvention of ‘Road House’, a success that shone in the 80s and will pass from being played by Patrick Swayze to being played by Jake Gyllenhaal. “Wrestling icon Conor McGregor expands his storied film career to join Jake Gyllenhaal in the reimagining of the beloved classic, ‘Road House,'” Amazon Prime Video said in a statement on its official YouTube profile. Twitter.

The film tells the story of a former MMA fighter, who is played by Gyllenhaal, who takes a new job as a bouncer at a roadside bar in the Florida Keys. However, what is not yet known is the role that McGregor will have, although he will surely be one of the most important.

In this way, McGregor will hit the big screen after having starred in several commercials for different brands on television. He will do it in the hands of Amazon Studios after he took over production after the sale of MGM.

Alexander Volkanovski vs. Max Holloway, a third fight that promises
Ladd, to the Octagon 679 days later with Nunes in mind
Fontanar will once again enjoy the brilliance of MMA on February 20 | NewAlcarria
UFC/MMA 1083