The new ‘owners of football’ after the earthquake Superliga 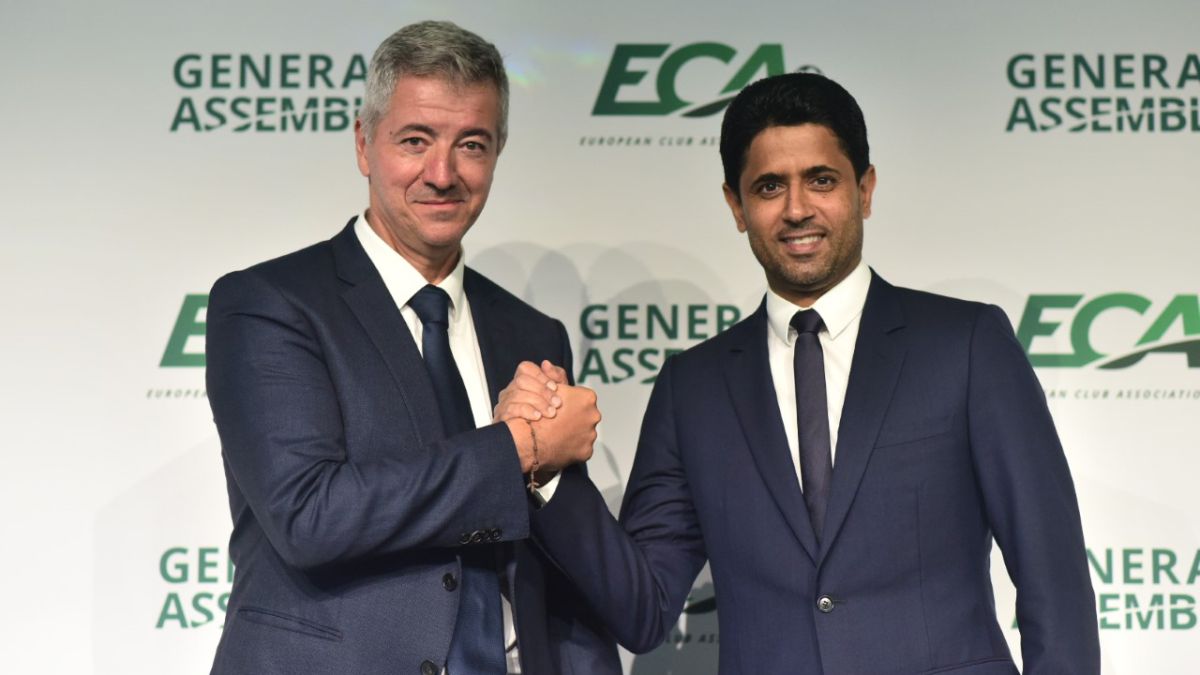 The legal battle that UEFA and Superliga wage in the Courts is awaiting a sentence, but while that moment arrives there are movements in the highe

The legal battle that UEFA and Superliga wage in the Courts is awaiting a sentence, but while that moment arrives there are movements in the highest instances of the organizations that confirm the change of power compared to previous years. The most relevant are taking place in the ECA (Association of European Clubs).

After the departure en bloc of the 12 founders of the Super League at the time of the announcement of the tournament a few months ago, its previous president, Andrea Agnelli (Juventus), resigned from the position and this was passed to Nasser Al-Khelaïfi, his counterpart at PSG. Without a doubt, the Parisians are the ones who have gained the most power lately and Al-Khelaïfi seems to be very much in tune with the ideas of Aleksander Ceferin, UEFA president.

In fact, for the first time, the Qatari was seen giving the speech to the rest of the clubs in the ECA General Assembly and he was also harsh with those “rebels” who wanted to create the Super League, in clear allusion to Madrid, Barça and Juventus. His message penetrated deeper than that of Ceferin himself, the most common critic of the three clubs that have faced UEFA.

But the chess game continues. A few weeks ago the ECA confirmed that the nine “regrets” of the Super League who backed down were reinstated. Al-Khelaïfi has wanted to go further and has rewarded several of them by giving them a place or by recovering the one they already had on the board of directors of the club association. This is the case of Gil Marín (Atlético), Daniel Levy (Tottenham), Alessandro Antonello (Inter) and Vinai Venkatesham (Arsenal). There will also be a place for Dan Friedkin (Rome), Fernando Carro (Bayer Leverkusen) and Oleg Petrov (Monaco). In addition, Oliver Kahn will be the representative of Bayern from November in place of Michael Gerlinger.

Meanwhile, the Super League continues to take for granted that the regrets continue within the project, since the conditions agreed for them to leave have not been met. That is, there will still be many battles to settle. Football changes faces waiting to see the real consequences of the earthquake in the Super League.

This is how the fifth round of the Uruguayan Women’s Football Championship will be played
Analysis of eFootball 2022. The worst is on the pitch
“River’s fans are tougher than Boca’s”
FOOTBALL 358