the new sanctions of the Premier against the violent 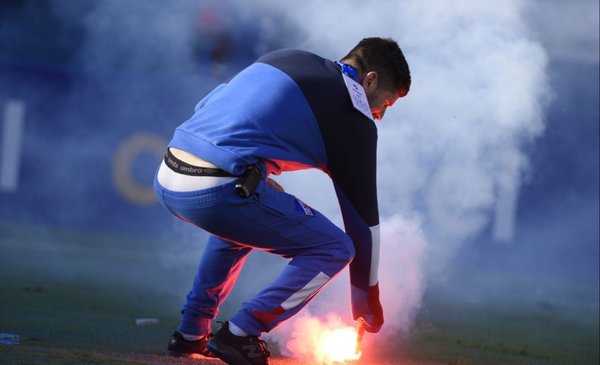 The 20 Premier League clubs unanimously decided on Wednesday that any spectator who possesses or lights a flare, or enters the field, will not be a

The 20 Premier League clubs unanimously decided on Wednesday that any spectator who possesses or lights a flare, or enters the field, will not be allowed to attend a football stadium for at least one year.

“The prohibitions could be extended to accompanying parents or those responsible if there are minors who take part in these activities,” added the clubs.

The measures will come into force on the next day of the Premier League, at the beginning of October.

“Everyone should be able to feel safe and be able to enjoy a game of football. Together, with clubs and sponsors at all levels of football, we clearly state that the kind of incidents we saw last season must stop,” he explained. Richard Masters, Chairman of the Premier League.

“If we don’t take collective and lasting action, it will only be a matter of time before someone is seriously injured or worse,” he added.

At the end of last season there were several incidents in the British competition, such as the invasion of the field in a game in which Everton secured the permanence against Crystal Palace.

Brazilian striker Richarlison, currently at Tottenham, was suspended for one game for picking up a flare, shaking it and throwing it into the stands, after scoring the winning goal in the 46th minute.

Tags: sanctions, Uruguayan, against
Versus / Omar Alderete will continue his career at Getafe in Spanish football
Scottish soccer club loses sponsor and captain after signing former rape defendant
Sarmiento defeats Patronato at the start of the fourth day
FOOTBALL 3677

Loading...
Newer Post
Club Sarmiento prepares for another important boxing evening
Older Post
Facundo Campazzo and his possible place in the NBA: which bases are still free and which teams need to sign a point guard