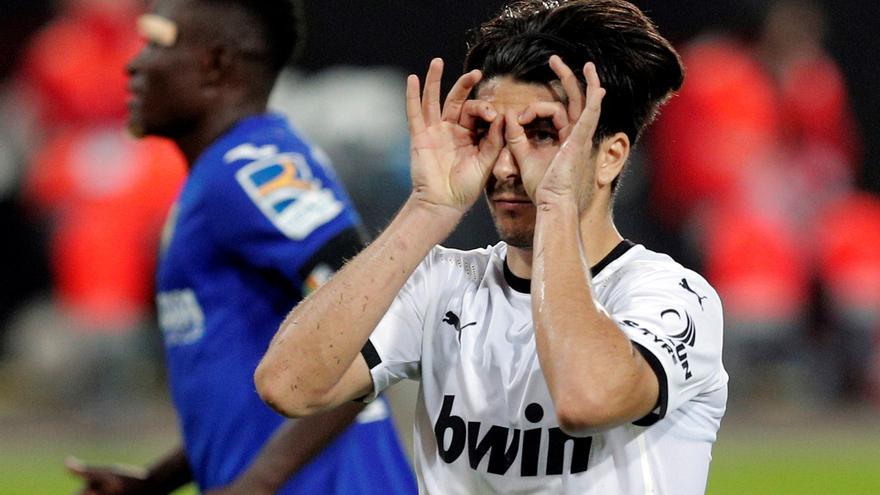 Valencia CF international footballer Carlos Soler will have a soccer field named after him in the city of Valencia. The Cruyff Foundation

Valencia CF international footballer Carlos Soler will have a soccer field named after him in the city of Valencia. The Cruyff Foundation and the “la Caixa” Foundation will open tomorrow, at 3 pm, the Cruyff Court Carlos Soler in Benicalap, an initiative supported by the Municipal Sports Foundation, chaired by councilor Pilar Bernabé.

The Cruyff Foundation, in alliance with the ”la Caixa” Foundation, promotes the creation of these free-use soccer fields for children and young people, to promote sport as a means of inclusion and social cohesion. The Cruyff Court Carlos Soler has the collaboration of the Valencia City Council, sources from the institutions that promote this initiative have indicated.

On October 6, the president of the Municipal Sports Foundation Pilar Bernabé signed a collaboration agreement with the Johan Cruyff Foundation that will allow the construction of an artificial turf field in the Benicalap neighborhood. The initiative will give rise to a new public sports space that will reinforce the existing infrastructure in the neighborhood and, in addition, will pay tribute to the Valencia CF footballer, Carlos Soler, as reported by the president of the entity and Councilor for Sports to Lift-EMV.

The sports venue will be located on Doctor Nicasio Benlloch street, specifically, within the Benicalap B Sports Facility (IDE). &#8220;With this improvement of the IDE, the Municipal Sports Foundation continues to work to consolidate sports practice in the neighborhoods and meet the needs of the residents of the city of Valencia, &#8220;said the deputy mayor.

Tags: new, country, dedicated
Golf was the second sport to be activated in the country
Sestao opens the Las Camporras disc golf course
The Country Club of Cali vibrated with the Anniversary Golf Tournament for Couples
FOOTBALL 1144