‘The night of the fist’ returns with high-level boxing 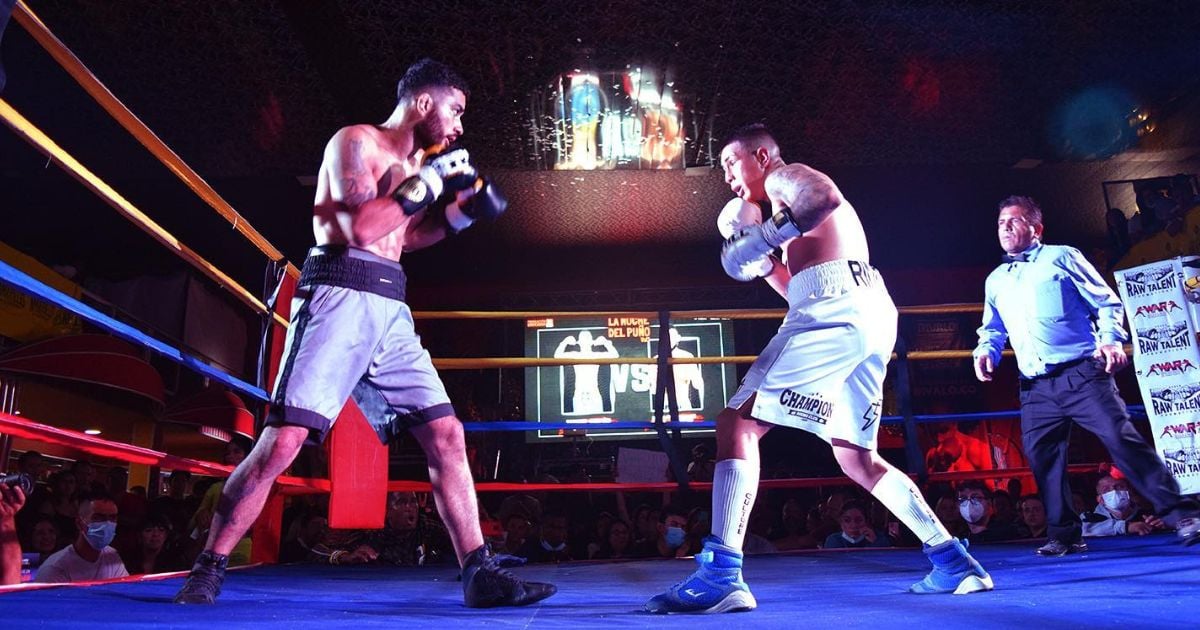 This is a showcase for great athletes and exponents of professional boxing where fighters from Venezuela, Caucasia, Barranquilla and Montería atte

This is a showcase for great athletes and exponents of professional boxing where fighters from Venezuela, Caucasia, Barranquilla and Montería attend.

This is a space for free and independent expression that exclusively reflects the authors’ points of view and does not compromise the thinking or opinion of Las2orillas.

After being a success in its first version, La Noche del Puño Vol 2 arrives with female and male professional boxing, it will take place next Saturday August 20 from 5pm at Calle 77 # 20B – 65, lovers of the contact sports have an appointment to enjoy 11 professional boxing fights, 22 fighters on stage. This event is organized by the Knockout Federation and Champions Boxing Club, with the support of the Bogotá Boxing League and the Colombian Boxing Federation (Fecolbox), a show that seeks to become institutionalized in the capital’s sports events agenda, as a showcase for great athletes and exponents of professional boxing at the national level.

In this second version, attendees will be delighted by all the talent and abilities of 4 women on the canvas, among whom is Viviana Ruiz Corredor, Colombian-Australian boxer, professional record is 4W – 1L, National Champion in Super Flyweight, 50 fights as Amateur, won Gold Medal in the Boxam tournament in Spain, Silver Medal in China and Australian representative in the Women’s World Tournament in India, 3 times National champion in Australia and 5 times State champion; she will be too Rini Khudari, began as a kickboxing fighter, won the national and two international titles in her category, participated in the Pan American kickboxing in Foz de Iguazú, Brazil, where she won a bronze medal, and in the South Americans in Rio de Janeiro. She made her transition to professional Boxing in the year 2021 and her professional record is 2W (1ko)-0 L and now she will face 6 rounds with the Venezuelan Kimberlyn Queen.

“In volume 2 of La Noche del Puño we want to bring you professional boxing, not only male but also female, women have been making their way in this contact sport, often stereotyped, but in our country we have great exponents of international stature, the leading role of Colombian women in this sport is gaining more and more value, it is a source of pride to have these women as our representatives and ambassadors in different latitudes, women who stand out for their talent and we want to be that showcase so that many more fans know them and supportThis was stated by Santiago Granada, organizing partner of the event.

From Caucasia, Barranquilla, Montería, boxers like Andrés Pérez and the boxer Kimberlin Reina from Venezuela also arrive in the capital, some of them preparing to make their debut and starting their careers as professionals and others with a broader journey, to give the best show to attendees. In the best style of the great boxing competitions in the world, the passage will take place on Friday, August 19 in order to confirm that the athletes meet the weight requirement that is requested for the different boxing categories.

“For boxing it is very important that these types of scenarios exist in the capital, it allows athletes to have evenings with opponents from other cities, measure their sports level, but above all so that many more people learn about the sport, a discipline in which, without a doubt, Colombia has a lot of potential in both the male and female branches, this type of initiative should be supported” assured Alexander Brand, President of the Bogota Boxing League.

An unmissable event that seeks to promote contact sports as a healthy and recreational practice, take these fights off the small screen and turn them into a space for entertainment for the public who loves this sport, it also wants to increase the visibility of athletes and expose the talent that Colombians have in this discipline. The event will have a betting area, Tattoo Flash day and also for businesses that have projects focused on wellness, exercise, healthy nutrition, and others related to sports.

The event will be broadcast via streaming starting at 6 pm for people who cannot attend the event or who are out of town or country. on the following channel:

Tickets can be purchased through the @federacionknockout networks or at cel: 317 8797236.

Tags: the2shores
Vergil Ortiz Jr. on his fight against Kavaliauskas: ‘Giving a show is the most important thing for me’
City of Coachella honors legendary boxing trainer Lee Espinoza
Custodio and Castillo win gold in the Women’s Boxing Championship
BOXING 4186