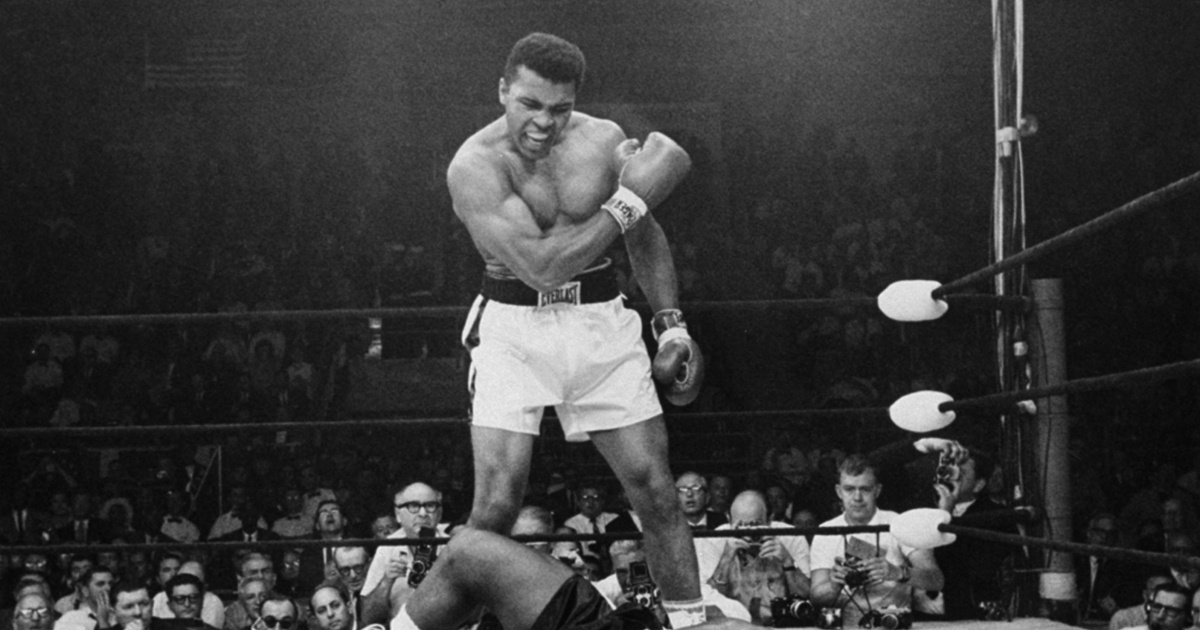 World boxing myth and legend, Muhammad Ali was actually born Cassius Marcellus Clay. The change from one name to another justified it after his conversion to Islam. “Classius Clay is the name of a slave. I didn’t choose it. I did not want it. I am Mhammad Ali, a free man.” Before he wowed the world with his incredible speed and power, he first stepped into a ring at a hometown gym when he was just 12 years old.

Already then he knew that his thing was providence and his fame, a matter of time. Six years later, he was representing the United States at the 1960 Olympics in Rome, where he won the gold medal, while beginning to become famous throughout the world for his sharp wit and braggart style.

«I was the Elvis of boxing, the Tarzan of boxing, the Superman of boxing, the Dracula of boxing. The great myth of boxing », he confessed once he retired. For this, yes, they had to spend 21 years in which he won 56 wins, in addition to being considered for several years as the undisputed heavyweight champion. On one occasion, he even claimed that the only way he could be beaten was to make a postage stamp of his face. And reason was not lacking because in his entire career he lost only five times.

“That black man from Kentucky” – as he was known at the beginning – who flew like a butterfly and stung like a bee had gone down in history. Gold medals and triumphs were not enough for him and, in 2002, he obtained one more recognition: the star on the Hollywood Walk of Fame. Distributed along several kilometers on Hollywood Boulevard in Los Angeles, it welcomes more than ten million tourists a year and more than 2,500 artists who have stood out in the film, music, theater, television and radio industries. But there is an indisputable difference in all of them and that of Muhammad Ali: the former boxer’s is the only one that is on the wall and not on the ground of Hollywood Boulevard and Vine Street.

“My star will not be on the ground, so that no one will ever step on my name.” At first he was offered to locate it at 6801 of the aforementioned street, but, according to the boxer, the fact that people walked over it was disrespectful and even more so if one takes into account that “I bear the name of our beloved prophet . It is impossible for me to allow people to pass over him », he expressed forcefully.

Hollywood respected Ali’s wishes and decided that the 2,189th star would be the first and (so far) only star to be placed on the wall of the Dolby Theatre, formerly known as the Kodak Theatre. The ceremony was accompanied at all times by two of his seven daughters, Laila and Hana, who have followed in his footsteps in the world of boxing, and his wife, Lonnie. John Voight and Jaime Foxx, two of the actors in the film Ali, starring Will Smith, about the life of the boxing champion and his director, Michael Mann, did not want to miss the celebration either.

The world boxing figure got his star to become the only one on the Walk of Fame on a wall, not only consolidating him as an icon for the 80s generation, but also a Hollywood curiosity. The only possible way to get close to it is, as he himself would say, to fly over it like a butterfly. For those of you who are wondering, by the way, why a boxing star was presented with one from Hollywood… it’s because they considered this particular sport to be part of the entertainment industry.

Pacquiao Reveals Who His Favorite Mexican Boxer Is Right Now; it’s not Cinnamon
Could it be Canelo? Find out who is the best Mexican boxer
He was going to be a footballer, he hurt his knee and now he is a crack boxer
BOXING 4180

Loading...
Newer Post
Creamfields Chile November 2022 | When does the ticket sale start? | Where to buy tickets?
Older Post
This afternoon a new edition of the Uruguayan football classic will be played