The other pending issue – Sport-Journal 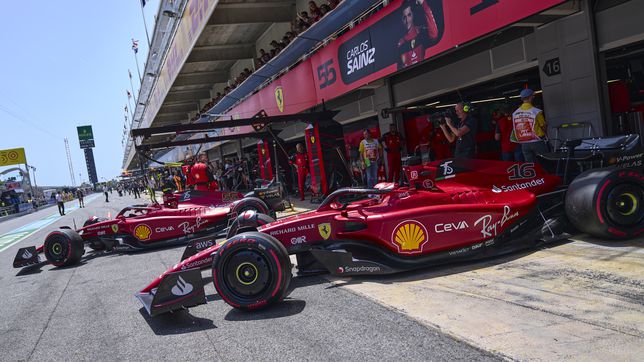 The start can well be defined as the most critical situation in a race. Five traffic lights come on one at a time, then suddenly go out, and the d

The start can well be defined as the most critical situation in a race. Five traffic lights come on one at a time, then suddenly go out, and the drivers must precisely release the clutch using the steering wheel levers. If you do it too fast, the tire will spin excessively and the anti-stall system can trip (a very common problem in Alfa Romeo during this season), and if you do it slowly, they will have overtaken you. Carlos Sainz always won places at the starts, it has been one of his strong points as a driver throughout his career in Formula 1 in previous seasons and he has been publicly recognized by colleagues and rivals; but it is not a secret that in 2022 the Ferrari not only does not overtake on the first lap, but also has a hard time defending the position from which they start on the grid. It has happened several times to Carlos and also to Leclerc, it is a tendency of the F1-75 and the engineers of the Maranello team try to mitigate the inconvenience or limit it.

The problem lies in the moment of starting, in the first meters, compared to more aggressive single-seaters in that section such as the Red Bull, the Mercedes or even the McLaren. Afterwards, the Ferrari already defends itself and sometimes recovers what it had initially yielded at the start in the first braking, the curve or the subsequent acceleration. AS consulted Sainz himself about this circumstance that they have experienced so far this year: “The starts are not going quite well, we have a small problem with the car, we know what it is, that limits us, we survived in the first few meters and then We attacked in the first corners”. Reviewing the eleven grand prix starts this season, plus a few others for sprints and red flags, the pattern is recurrent. Verstappen overtook Sainz in Saudi Arabia and Miami. The Madrid native lost four places (with a previous problem with the steering wheel) at the start of Australia before the spin on the second lap. In Spain, he was overtaken by Russell and Pérez, although he limited damage at turn three by passing Hamilton. In Azerbaijan, Pérez easily overtook Leclerc to take the lead, even though the first corner in Baku is just a few meters from the traffic lights. In Austria, more recently, Carlos had to save an almost certain overtaking by Russell in the first corner.

A separate chapter deserves the two worst choral starts for Ferrari this year: in Ímola, with the extenuating circumstance that they started from the even side on the wet asphalt, Leclerc was overtaken by Norris and Pérez; to Sainz, Lando and Ricciardo, who sent him to the gravel a few moments later. And in Great Britain, Verstappen had accounted for the Spanish and Hamilton, who started fifth, came to take over Leclerc’s third. The red flag for the serious accident of Zhou, Albon and Russell resumed the race with the original grid, so those lost places were not consolidated. In any case, not all of Ferrari’s problems point to reliability.

28 years after the death of the Brazilian pilot
F1 | The difference between the two Ferraris “is not normal”
Freelancers in F1? this is how the race goes
FORMULA 1 1910