The Ottaviano Machine will play its fifth fight in professional boxing 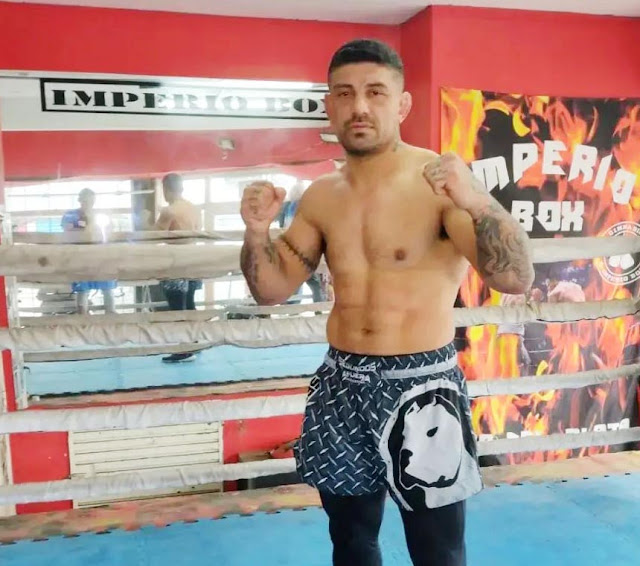 Next Saturday will see the return of Martín Ottaviano to professional boxing, after a prolonged inactivity after having undergone surgical interve

Next Saturday will see the return of Martín Ottaviano to professional boxing, after a prolonged inactivity after having undergone surgical interventions that forced him away from sports practice.

Throughout his career, he has been characterized by being a permanent entertainer and with outstanding participation in national and international competitions, in addition to boxing, of the Brazilian Ju Jitsu and Mixed Martial Arts specialties.

The proposal will be in Buenos Aires, in an evening to be held in Parque Roca and will be broadcast by Channel 9, being organized by the promoter Fullbox.

This time “The Machine” will be appearing in the ring in the cruiserweight category, in what, on the other hand, will mean his fifth fight as a professional.

“This is super important for me, since after fighting MMA last year I had two operations that left me in the pits for almost a year. One was due to injury and the other due to things in life that happen. I don’t know how happy I am I have to be able to be at this level again, after all,” he said.

Emboldened by the physical recovery made and after having thoroughly prepared for this next challenge, he also took the opportunity to highlight those who have supported him during this time, such as coaches, teachers, doctors, sponsors and others.

“I was always aware of the sports, medical and human team that I have, I really am a lucky guy to have them. This fight will be in return for everything they did for me in these almost 20 years that I have been between BJJ, MMM and boxing. It will be a gift for all those who have always been there and it will be a gift for me: to my effort, dedication and desire to be a better athlete than yesterday. Thank you, from now on enjoy it”, highlighted the local athlete.

Loading...
Newer Post
Harlem Globetrotters Chile 2022 | When and where is it? | Where and when to buy tickets?
Older Post
Sorare joins forces with Serie A of football to launch NFT cards of the Italian championship