the papelonesco act of closing a circus performance 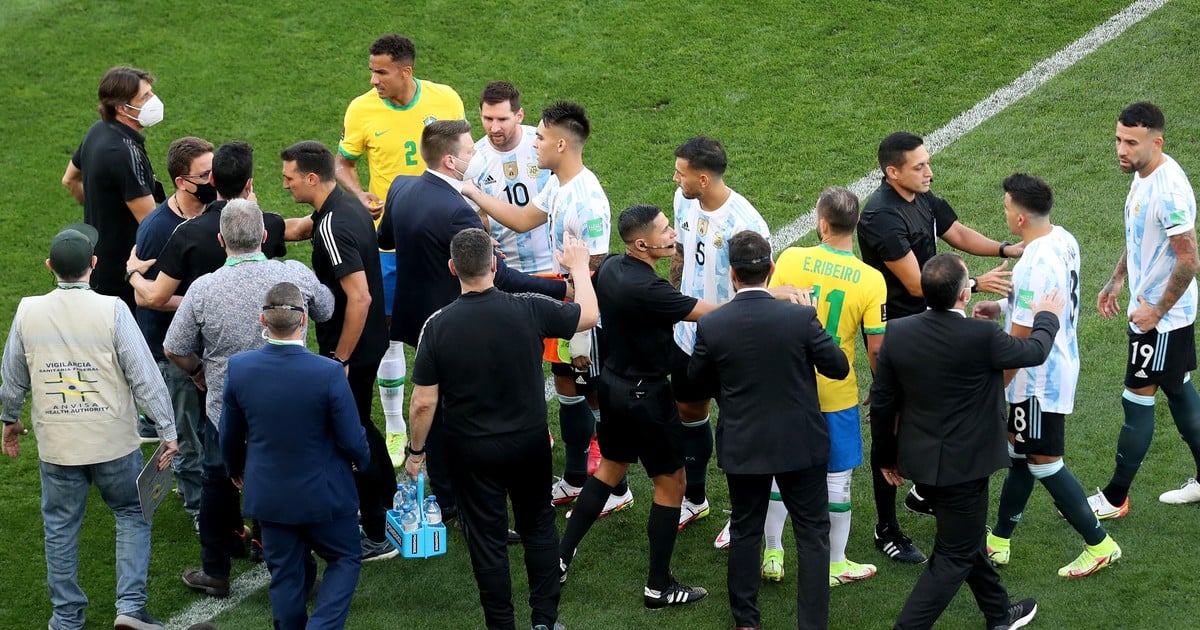 The easiest thing is to think of Jair Bolsonaro, although the president of Brazil, possibly, was affected by more important tasks when that man in

The easiest thing is to think of Jair Bolsonaro, although the president of Brazil, possibly, was affected by more important tasks when that man in jean, blue shirt and paper in the back pocket of his pants invaded the field after 4 minutes of play. However, since Bolsonaro said that the covid it was a strong flu, raised doubts about all the health actions of his government. The role of Arena Corinthians is the best example of a policy. Too the closing act of a circus performance.

Where did the crack occur? Argentina swear and perjure that he warned that the four questioned footballers had passed through the United Kingdom. And that Conmebol allowed their performance according to the exception to footballers, granted by the South American governments.

The National Health Surveillance Agency (Anvisa), chaired by the official Antonio Barra Torres, says that Argentina did not properly report the origin of Martínez, Romero, Lo Celso and Buendía. And so sent the man in jean and blue shirt to the stadium. He put on the show. With free worldwide television.

What did the Brazilian political and health authorities want to do? First of all, if the documentation was not in order, How did they allow the &#8220;four cops&#8221; to be accepted by Migrations and enter the country? Then, why didn&#8217;t they do the procedure at the hotel in the Guarulhos area, where the National Team had been staying since they arrived from Caracas?

Let&#8217;s think an absurdity. John Smith is a British citizen on vacation from Rio de Janeiro. He did all the corresponding procedures, including the days of isolation in Brazil required by the regulations. And when it is enabled it crosses to Copacabana. He throws himself in sunga on the sand and while he enjoys a queijo quente and a caipirinha, health officials appear and take him by the ears. Something like that happened this Sunday.

There is no other way to define the comedy step as a piece of paper. Sunabusosunescandal, Mafalda would say. The consequences seem not to have been measured correctly but the roadmap is foreseeable: Conmebol-FIFA and at most TAS to define if the game is suspended permanently, if it is ever played, what happens to the points and several etceteras more that also reaches the other eight teams in the Playoffs.

Smells like vendetta: Brazil could not count on 9 players participating in English clubs because the Premier did not authorize them to travel. The 4 from Argentina, under the same conditions, they stood up and ignored the English league. If they don&#8217;t play mine, neither do yoursseems to have whispered some official more papist than the Pope. And here we come.

Those who made the decision to interrupt the classic did not realize (or did not want) that left Tite&#8217;s own players exposed. They, without deserving it, were the face of the role of the officials of that man who believed that the covid was a strong flu. Meu Deus.

Tags: a, act, on
Boxing: Daniel Aquino started the year with a devastating knockout in Santa Fe
Facundo Campazzo and a triple that aroused applause in the Denver Nuggets’ beating against the Dallas Mavericks
Boxing: Wenceslao Mansilla was disqualified in a controversial ruling
FOOTBALL 1179